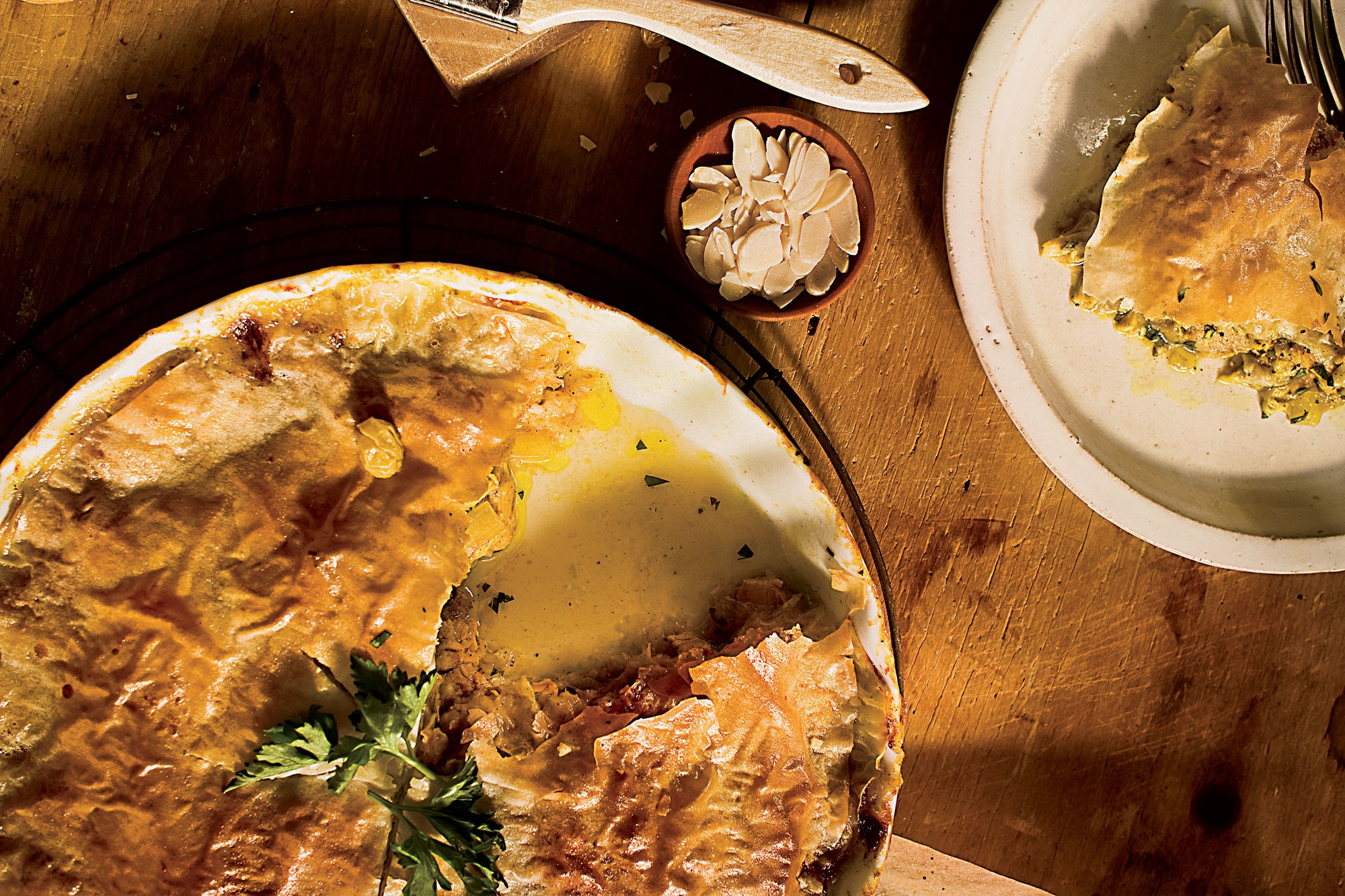 High temperatures, desert life, and trade as a way of life have greatly inspired a variety of North African dishes, spices being a phenomenon in these cuisines.

Therefore, whether you are in Algeria, Morocco, Egypt or Tunisia; you are bound to have a common meal with the rest of North Africans.

A traditional Berber dish invented in the 13th century made of steamed semolina served with vegetables, meat, chicken or tajine. It can also be eaten without any accompaniment.

It is a staple food in Morocco, Also known as pastilla, it is made of sweet and sour pigeon pie, stuffed with onions, spices, saffron, coriander, almonds, and eggs. Once cooked, it is crispy on the outside.

Across North Africa, it is a very popular dish with its preparation being almost the same across all North African countries. Usually, the tajine is cooked in a traditional pot and covered at the top to retain the juicy part of the meal. It is cooked together with meat, mutton or chicken dices with onions and spices. Couscous is served alongside tajine.

Almost acquiring the status of a national dish in Egypt, Ful Medames is a popular street dish in Cairo and Giza and served in many homes in both North Africa and the Middle East. Fava beans served with a soup-like mixture of garlic, onions, peppers and boiled eggs together with vegetable oil makes up Ful Medames.

In Algeria and Morocco, Harira; a soup made of meat, chicken or mutton is served during the Holy Month of Ramadan. In the rest of the region, it is served as an appetizer.

This is an r appetizer across North Africa made of tomato paste, bell peppers, garlic, and chilli pepper. It is served with flatbread.

Its origin is Tunisia and is now common in North Africa. Shakshouka is an all-time dish that can be eaten during breakfast, lunch or supper. It’s ingredients comprise of onions, tomatoes, cumin, and poached eggs.

Top 7 foods (recipes) every visitor must try while in Egypt