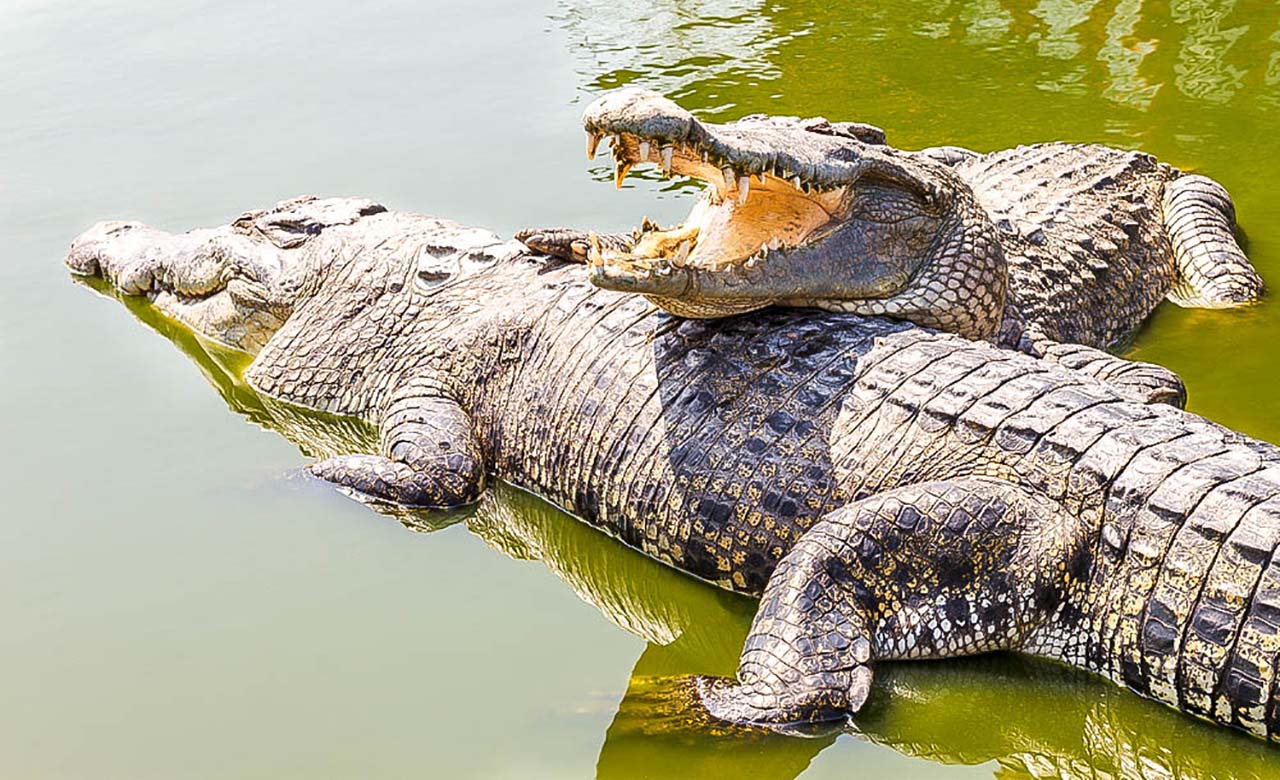 The name Yamoussoukro, Ivory Coast’s capital is synonymous with a mysterious crocodile ritual which was started by the country’s first president Felix Houphouet-Boigny, who ruled for 33 years.

The huge crocodiles which some locals have described as “Yamoussoukro’s sacred crocodiles” were treasured by the president that he named them as part of his security detail. In fact, all his development in his home village where the crocodiles are located is surrounded by this tropical lake, Yamoussoukro Crocodile Lake, which is home to the reptiles.

Interestingly, the lake is now a major tourist attraction whereas early as 6 am, you will find them deeply engrossed in feeding; they take up more than 30kgs of meat per feeding session. What was intriguing was that Dicko Toki, who has been the supervisor of the crocodiles for close to 4 decades, feeding and taking care of them, knew each by its name and the beasts were so fond of him.

Toki fed the reptiles every day in a spectacle that left tourists bemused on the kind of powers that the man wielded over the crocodiles. He would stay close to them and pull their tails but they swaggered all the way to the lake without attacking him.

It is reported that the reptiles which President Houphouet really loved could warn him of impending danger with just a simple move of their snouts. However, the beasts required sacrifices to which earned them the name ‘man-eating crocodiles’.

The Baoule, the largest ethnic group in Ivory Coast hailing from Houphouet kinship have a mythic mindset about the crocodiles and it treasures them very much.

The Gnaoua Festival In Morocco, The Biggest Event You Must Attend