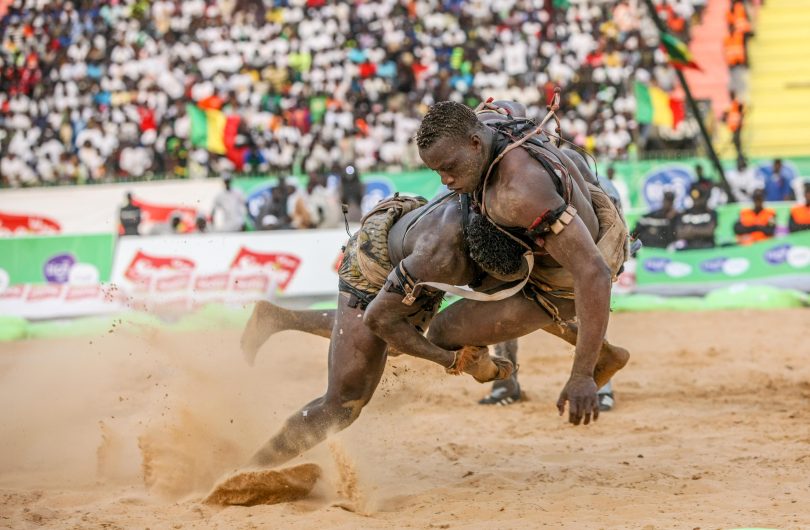 Senegal wrestling rules are quite simple. Both the competitors are free to strike each other with their hands and feet. Either force the opponent to submit or have them contact the ground with any body part other than their feet to win the match. Senegal’s national sport is wrestling, which is highly passionately followed both at home and in the stadiums.

Senegalese wrestling is an offshoot of the greater West African style of traditional wrestling, known in Wolof as Laamb. However, while wrestling has lost ground to football in most of West African countries, it still sells out stations in Senegal. The sport is more prevalent compared to football, and participants can earn over $100,000 or livestock if they win a match.

Senegalese hold wrestlers in great regard and see wrestling to settle conflicts. Senegal is one of several countries that practice various forms of wrestling, such as catch wrestling, freestyle wrestling, and Greco-Roman wrestling.

Why Wrestling is so Popular in Senegal?

The Serer people of western-central Senegal are the creators of Senegalese wrestling. It used to be performed as part of harvest festival celebrations and to choose the village’s champion and strongman. The winner also earned a herd of cattle and a large amount of grain.

Being strong also protected community members from wild creatures, and as a result, its practice led to the development of a distinctive culture and tradition in these areas.

Wrestling has its own federation and is currently the national sport. The Festival International de Lutte Traditionnelle in Dakar, which is sponsored by the president of Senegal himself, is the most distinguished occasion. They air the tournament nationwide and draw wrestlers from all around the world to compete, adding to its renown.

When an important game occurs, Senegalese put everything else to a halt, glued to TV screens. Seats in the stadium to watch a wrestling match sell out quickly—so ‌buy yours ahead of time if you want to see this fascinating sport. The biggest stadiums in Senegal are in Dakar, so it should be easy to catch a match if you are travelling there. 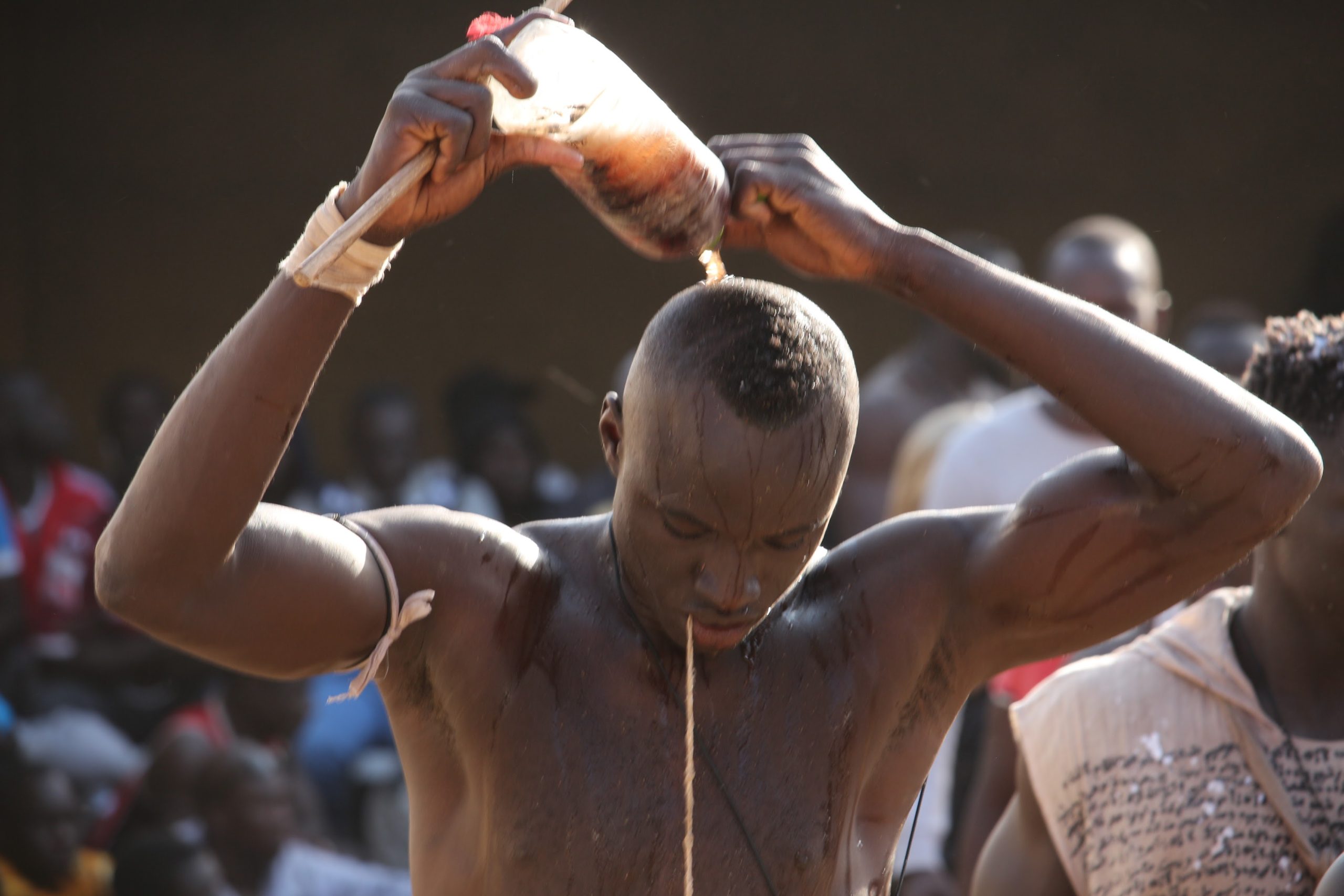 Senegal wrestling rules allow for several ancient cultural and ritual praties despite the sport’s current popularity. Before a match, the baccou, chorus of women, introduces each fighter into the arena praising his ability ‌to terrify his opponent and win over the crowd.

To ward off evil spells, they carry out several rituals. The wrestlers cover their bodies in a substance that is thought to have mystical abilities. The ring is going to a parade of marabouts who chant his praises and give them gris-gris to wear.

Fighters typically perform bakks to the dancing and drumming of the marabouts before the start of the match. Bakk is an oral art performance used by wrestlers to terrify their opponents and brag about their skill.

A doctor is always on duty in the stadium to attend to any ‌injuries sustained during the fight. Because of their intense passion for the sport, both the loser and his supporters take the defeat seriously.

Senegalese wrestling is one of the most entertaining sports for viewers to watch because of the spectacle, tradition, star power, and human strength that goes into it. It seems unlikely that the enduring popularity of this game will soon dwindle.

Men in some rural villages still practice wrestling, but the rules differ from the ones used nationally. They are also more violent, with battles continuing until one party concedes or passes away—thankfully, this is now against the law.

What are some of Senegalese Wrestling Rules 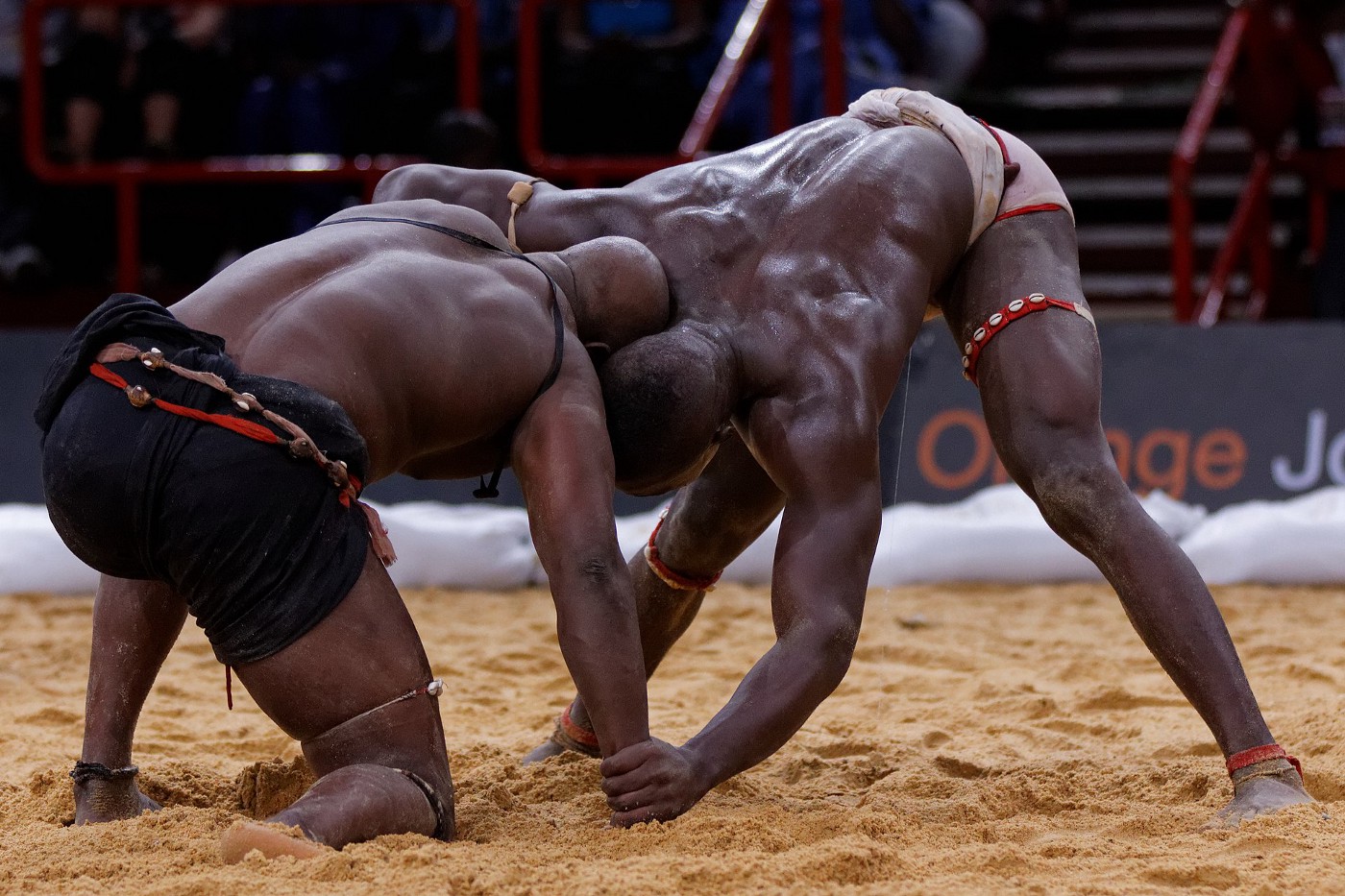 The wrestlers compete in the middle of the stadium or arena on a sandy floor marked with a circle. This is number one on Senegal Wrestling rules. Around the wrestlers are many judges who monitor the adherence to the game’s regulations, as well as a referee who stands by them at all times. Because it is so easy to lose a game, fights usually only last two to three minutes.

2. The game is over when one falls

A wrestler can become a national star and earn big money and sponsor sponsorships by winning a crucial match. 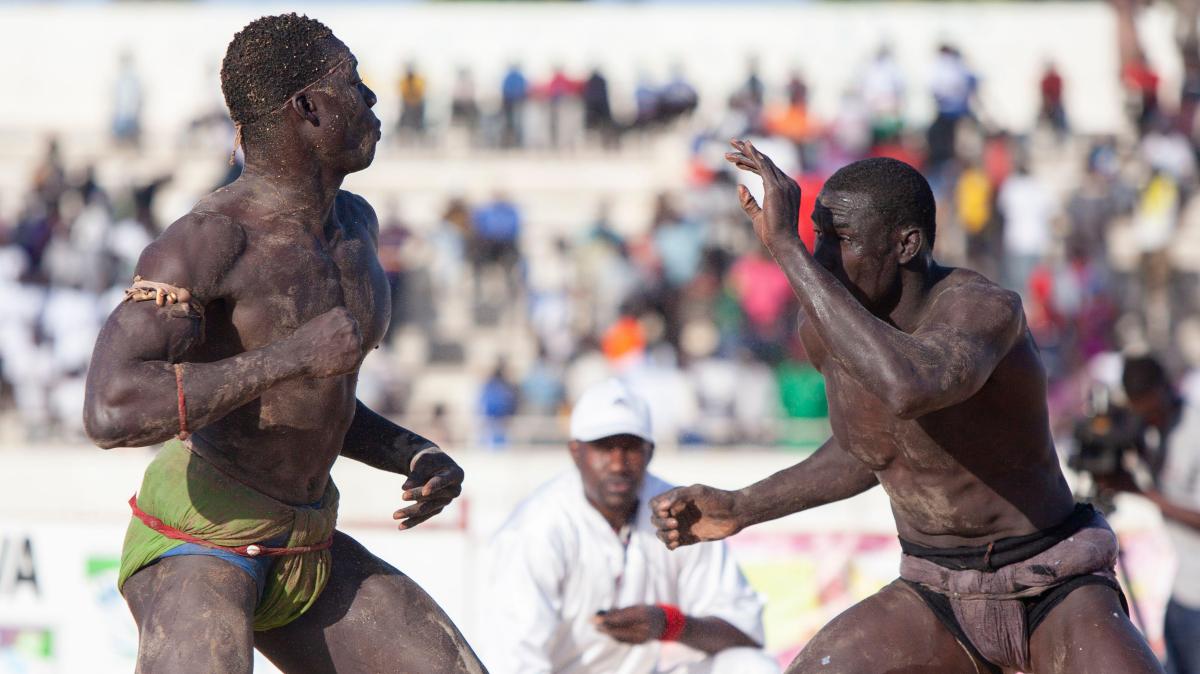 Among the Senegal Wrestling rules, punches on the face and body are permitted, which distinguishes this type from other wrestling games. Because of this, wrestlers frequently practice with boxing gloves. The wrestlers, however, use their bare hands to fight during real matches.

This theme has two variations: one that forbids the use of hands (local village battles); the other that permits punches and jabs. Usually, only big stadium contests use the second variation. One variation permits striking and will emphasize knocking out the opponent, whilst the second variation forbids striking and emphasizes wrestling with high amplitude throws and a focus on pinning an opponent’s back to the ground.

The most prefered of the two is Senegalese wrestling with punching permitted.

Short fights are the best fights. Even if wrestlers hit each other, viewers aren’t there for the blood and violence. Never try to damage your opponent; just knock him to the ground and win.