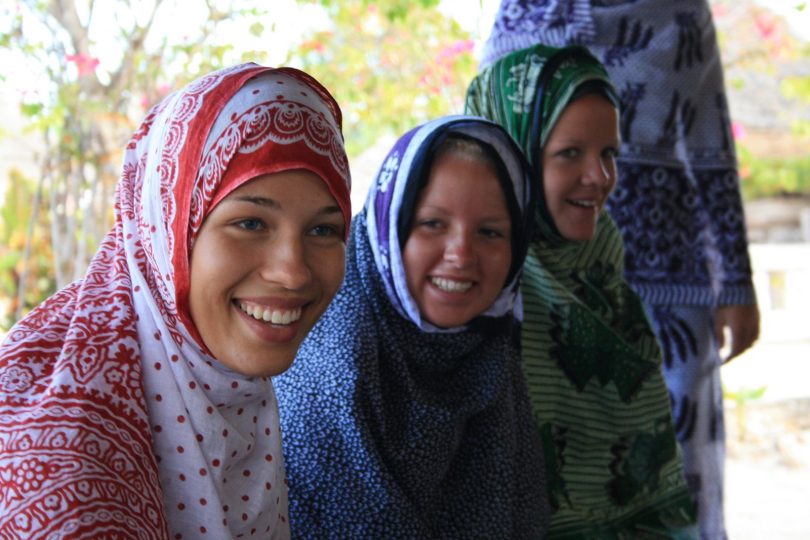 There are a lot of intriguing things when you walk into Dar es Salaam and every other township and village here. One thing stands out; the Tanzanian Kanga.

The Kanga has a lot of cultural relevance in Tanzania and women are the ambassadors. Most women don these attires and men as well although not as often as the women.

It is an attire shrouded in interesting details that makes you appreciate the customs and traditions of a people.  This attire became popular in the 19th century among women in East Africa following its introduction.

What is a Kanga in Tanzania?

The Tanzanian Kanga, is a light, colourful fabric similar to kitenge, usually worn by women and infrequently by males. It is customary for Tanzanians to wear vividly coloured cotton clothes. The kanga first came to East Africa in the 19th century and quickly gained acceptance in Zanzibar. 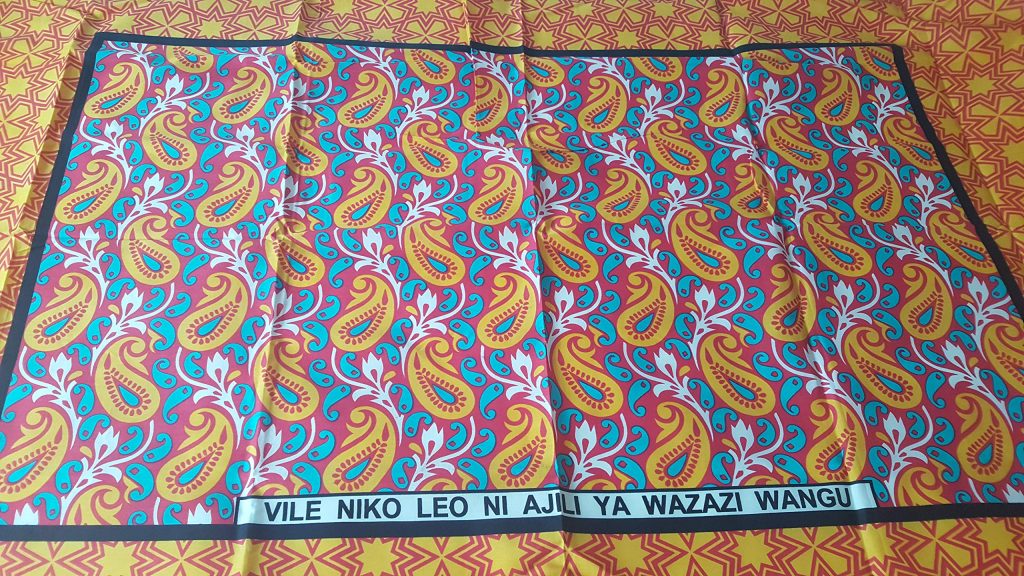 It then spread to other parts of the East African coast among them Mombasa, Kenya where it’s very popular.  For convenience, they come in sets of two, which may be cut and sewn together.

You can wear the Tanzanian Kanga as a skirt, a headwrap, an apron, a pot-holder, a towel, and many other things as well. That’s what makes it unique from kitenge, a more formal fabric, used for formal attire.

The kanga is an important cultural symbol on the eastern coast of Africa and is commonly presented as a birthday or other special occasion gift. In Tanzania, they are also given to bereaved families as part of a collection. Many members of the community contribute a small amount of money to assist the family in their grief.

Kanga’s early designs featured little dots or speckles mimicking the guinea fowl. ‘Kanga’ is the Swahili name of the guinea fowl which has dots on its entire body.

From the kanga design, there is Kishutu and Kikoy, which are customarily worn by men. As part of the bride’s dowry, or as an offering from healers to ward off demons, the Kishutu design is one of the earliest known patterns.

What is Kanga Used For?

The Tanzanian Kanga has many uses because it takes different forms. Women always use it as a stylish headwrap or a pot holder placed on the head when carrying a pot of water. This is popular in the village where villagers depend on the river as a source of water.

For others, this is a perfect apron or a gown.

What is Kanga Fabric?

It’s a rectangular-shaped, fully cotton, printed cloth with a brilliantly coloured decorative border around the exterior and a Swahili proverb printed on it. Kanga is also known as ‘Leso’ in Kenya.

Kanga is typically sold as a set of two, which must be torn apart and sewed together along the raw edge before being worn. Millions of women in East Africa wear the kanga on a regular basis.

Birthdays and weddings are popular occasions to give kangas as a gift. It is customary for hosts to give their Tanzanian kanga to guests as a token of their hospitality and friendliness. They claim that every woman should have a thousand of this fabric in her wardrobe!

Where Did Kanga Originate?

After spreading from Swahili coastal areas throughout Kenya, the Kanga is now popular all over East Africa. In fashion, travel, and everyday use, it has become more prevalent than ever before.

However, there are several theories of where the Kanga came from. Here they are. 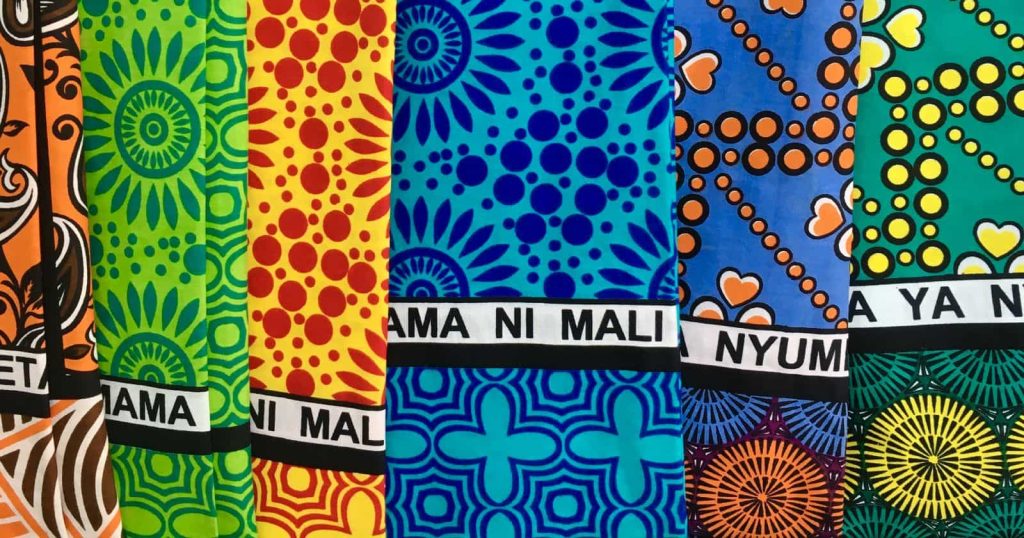 Some say it was made from an American-imported form of unbleached cotton material. In Zanzibar, the textile was referred to as merikani, a Swahili word derived from the adjective American – indicative of the place its origin.

Both men and women slaves wore it under their arms or around their waists. Occasionally, slave women used locally sourced indigo to dye the cloth black or dark blue to make it more feminine.

Kangas were then worn as a symbol of personal prosperity and self-empowerment after slavery was abolished in 1897.

According to some historians, the origin is Portuguese traders from India and Arabia who introduced lencos. Zanzibar and Mombasa women stitched six kerchiefs in a 3X2 pattern to make one huge rectangular wrap.

Soon they were popular along the coast and in the Great Lakes. Some places call them lesos or lessos, from the Portuguese word.