Amboseli National Park in Kenya is famously known for its generosity in housing four of the Big Five; Lions, buffalos, leopards and elephants. Amboseli lies in the foothills of Mt Kilimanjaro along the Kenya-Tanzania border.

The idyllic landscape of Mount Kilimanjaro overlooking the park is exhilarating at dusk and dawn when the snow-capped summit shines brightly from afar, illuminating the park’s vicinity.

Amboseli National Park in the southern part of Kenya has a huge herd of African bush elephants with long tusks. They roam freely in the morning and evening when the heat is suppressed. During the day, they are at the Ol Okenya Swamp feeding. 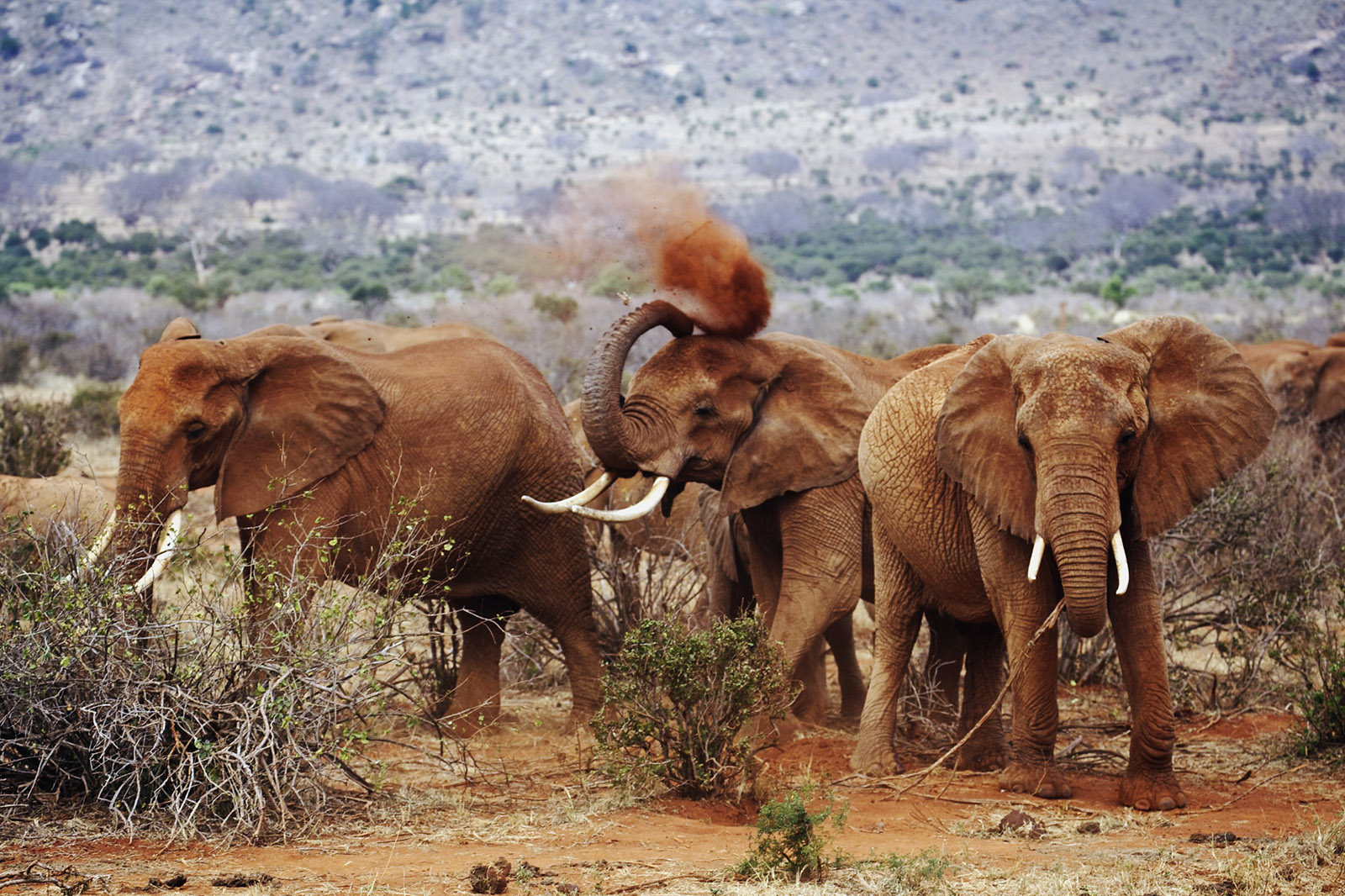 A herd of elephants at the Tsavo National Park, Kenya [Photo by Safari Bookings Blog]

Cape buffalos, impala, blue wildebeest, zebras, giraffes, hippos are also common at the park with occasional sightings of cheetahs and wild dogs. Visiting Amboseli is welcome throughout the year but the period between July to October (dry season) gives the best views of game as they cross the plains to watering points within the park.

The park’s swamp has 420 species of birds among them, 6 species of vultures, eagles (10) and 12 species of herons.