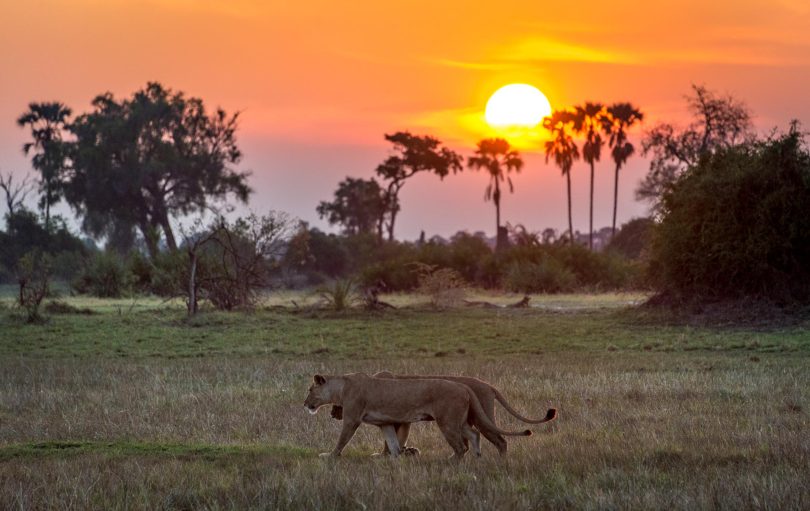 Not much is said about Botswana regarding its allure to tourists from across the world. The truth is that Botswana tourism facts blow away your mind.

Although it is small in size – Texas State in the US is by far bigger – it is a tourist haven.

Botswana may not be as big as her neighbour South Africa which boasts of being one of the largest countries in Africa. But in its small stature, Botswana prides itself in the abundance of natural sanctuaries.

From every corner of this southern African country, nature is all you can see and appreciate.

If you are a lover of wildlife and nature and would like to spend quality time in the southern part of Africa, book a date with Botswana.

Zimbabwe partly borders this Southern African country to the east. And this is just the beginning of amazing Botswana.

What Are 3 Interesting Facts About Botswana?

The most interesting Botswana tourism facts is how much wildlife is treasured in a relatively small country. Here are amazing facts about this Southern African country.

There are about 40% of Botswana’s landmass dedicated to national parks and game reserves, which allow animals to roam freely.

Secondly, the world’s greatest concentration of African elephants can be found in Botswana’s Chobe National Park.

Lastly, Botswana experienced its driest year in 2016 – 34 years since it was founded. Temperatures topped out at above 41 degrees Celsius.

What is Botswana Famous For?

Botswana tourism facts are coupled with spectacular destinations to visit in Botswana. As soon as you enter Gaborone, Botswana’s capital, the Southern Africa thrill comes in fast and furious.

So, which are the most famous places in Botswana? 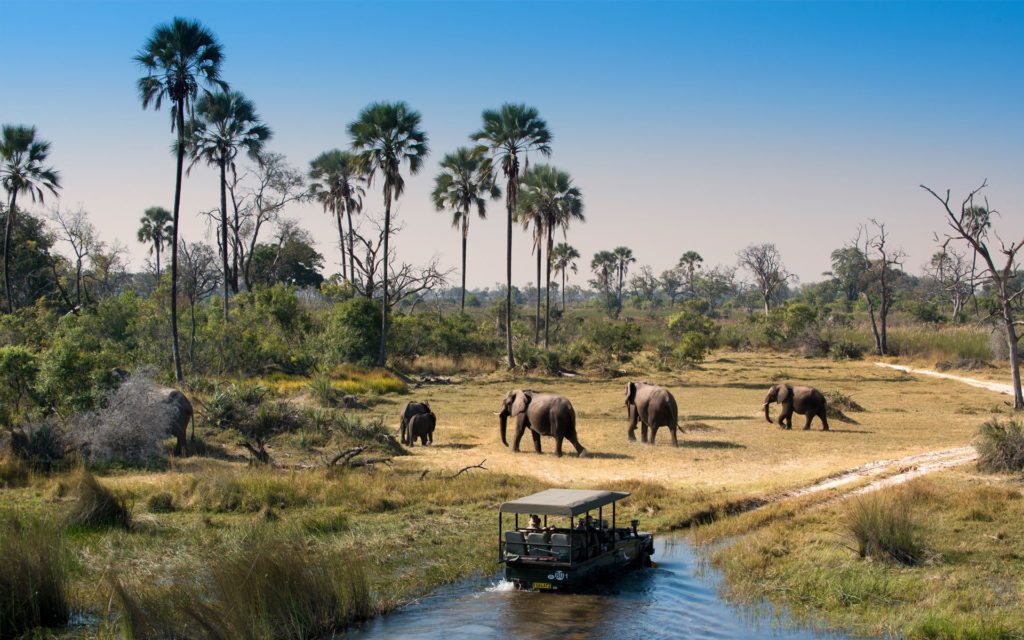 Botswana’s Okavango Delta, also known as the “Jewel of the Kalahari. It has a lot to tell about Botswana tourism facts.

Bordering the Kalahari Desert, the famous Okavango Delta referred to as the ‘Jewel of Kalahari’ gives you a real treat of how refreshing it is taking a trip with a mokoro canoe. The Delta stretches to about 15 000 square kilometres of the Kalahari Desert in northern Botswana.

The beauty of Okavango Delta cannot be told in one sentence because it is endowed by all that nature offers. It has 530 species of birds and is home to the rare African Elephants.

The Delta also boasts of over 2,600 Nile Crocodiles tucked in the Delta’s Panhandle where they feed on insects and larger prey including fish.

Amazingly, Okavango Delta provides a refuge for the endangered African Wild. Other animals within the Delta include the African Buffalo, Hippopotamus, Lechwe, Topi, Blue Wildebeest, Giraffe, and Nile crocodile.

Besides experiencing the best that nature has to offer, Okavango Delta has one of the best camping sites in the continent including the revered Mombo camp.

You can also choose a water camp that focuses on the delta itself or the land camp which gives you a golden chance to watch wildlife take water at the Delta. 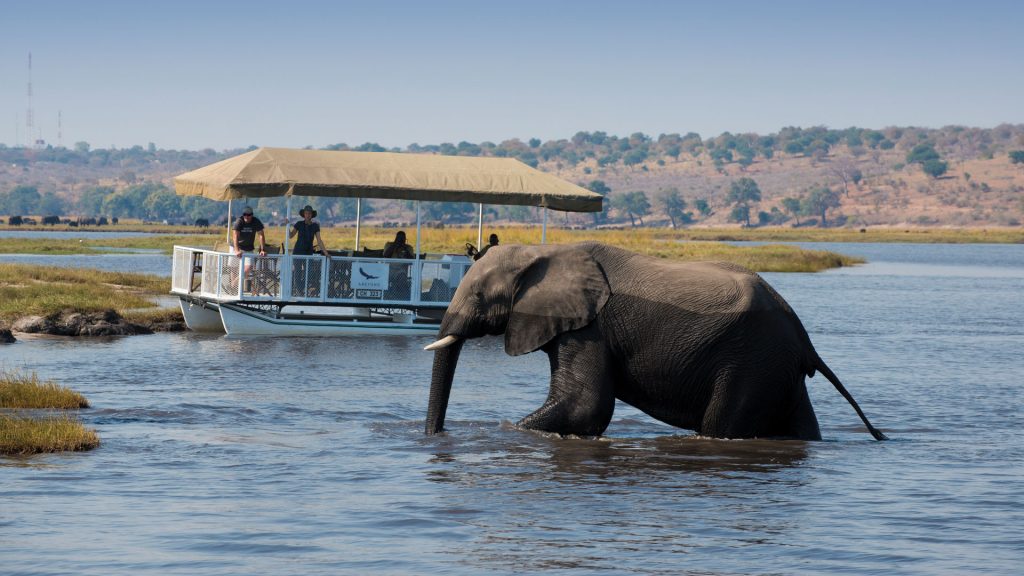 The diversity of Chobe National Park in Botswana paints a picture of a country greatly endowed in tourism.

With its abundance of wildlife and lush vegetation across the park, it remains on top of the charts and a preferred destination for wanderlusts in South Africa.

Kasane town in the northeastern part of Botswana is home to this prestigious park. Chobe safaris are popular for visitors due to fascinating game views and their lush vegetation supported by the presence of waterways flowing through the park.

A safari at the park begins at crocodile and hippo infested Chobe River. Large herds of African elephants come here every day to drink water adding on to Botswana tourism facts.

The boat ride is cheap and a great way to relax as you watch different wild animals at the park. On a good day, you will sight a lion strolling in the park. The river safari goes down the stream where more of nature’s wilderness can be seen hunting and hippos return to the river after a night of grazing. More wild animals are seen at sunrise, meaning the boat ride starts early in the morning and into the late afternoon.

A trekking escapade through the park’s established tracks with acacia trees and bushes is a good experience. Sometimes, elephants are seen at a distance as they feed on the bushes. For relaxation after an eventful boat ride at Chobe River, sundowner cocktails, massage or monkey viewing at the riversides lodges awaits.

Botswana from the air offers you insights into this fantastic wilderness. Therefore, the lodges have been carefully selected to provide you with the romantic escape that you deserve.

Experience the wildlife of Botswana with the luxuries and comforts of exclusive lodge accommodation. 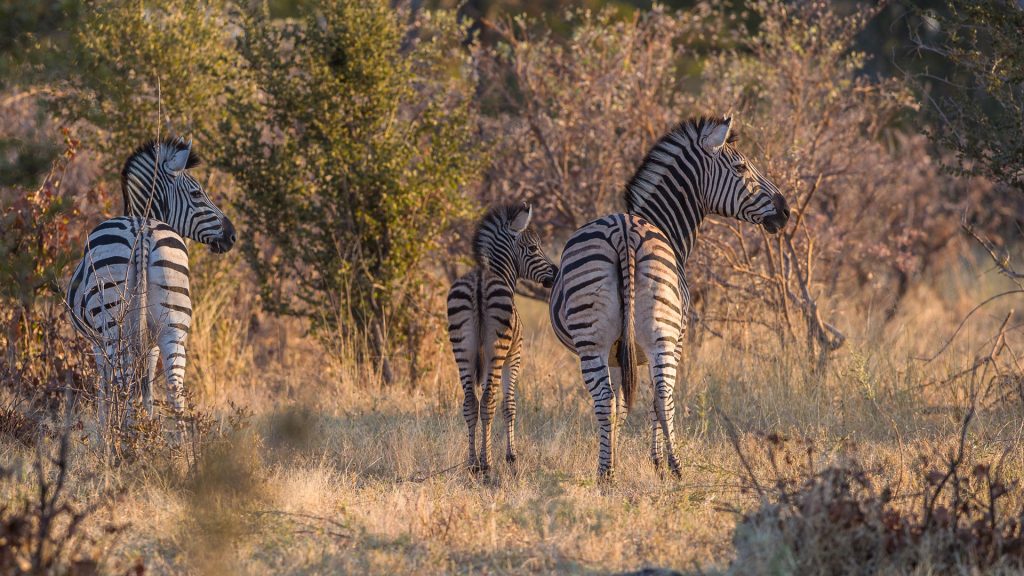 Nxai Pan National Park adds a unique appeal to Botswana tourism facts. It crowns your safari into the wild with the sense of real experience in a Southern African jungle.

Nxai Pan is among the largest salt pans in the world – together with Makgadikgadi Pan. It offers the best wildlife and bird sights coupled with spectacular scenic views of this vast national park.

Although it is an all-year-round park, the best time to visit it is from late November to April. Rainfall is plenty at this time.

It transforms the once arid wasteland into a green haven as grass covers the salty pans. This is the time wild animals in abundance gather around the waterholes.

Zebras, gemsbok, elands and other wild animals breed here during the rainy season.

Lions, giraffes, kudus, impalas, ostriches, jackals, springboks, bat-eared foxes and cheetahs give a show at the park just when the grass spreads and grows to knee length.

Nxai Pan’s flat topography makes it one of the parks in the continent where you effortlessly watch fast-moving predators like cheetahs take down their prey with military-like precision.

The prey, on the other hand, gives a leap of a lifetime in escaping the jaws of their predators.

During the wet season, birds come out in large numbers with flamingos filling up the water pans around the park. Red-necked falons, korhans and kori bustards dot the park with welcoming chirps.

The dry season takes all game activity to Nxai Pan’s waterhole where regular sights of lions and leopards quenching their thirst are common.

Interestingly, the world’s second-largest zebra migration – about 25,000 zebra – cross from the south of the Okavango Delta to Makgadikgadi and then to Nxai Pan.

They cover a distance of around 600 km which explains why Nxai Pan is a prolific breeding ground for zebra between November and December.

Although the Kgalagadi Transfrontier Park spans 14,670 square miles/ 38,000 square kilometres, it is still a very small area. However, it accounts for a lot of Botswana tourism facts.

Wildebeest herds and other antelope herds attract a wide variety of predators, including huge raptors, to the area.

The Big Five predators and raptors flock to the herds of wildebeest and other antelope passing through the area. South Africans can stay in camps on their side of the border.

With its Kalahari sand dunes, salt pans, and abundant animals, this is an ideal area to visit in the summer (January – April).

Moremi is a tiny reserve with a large number of species of wildlife living in close proximity.

Chobe National Park is just across the border in the Okavango Delta to the east. Over 500 different species of birds may be found here, making it one of the best places in the world to go birding.

The best time to visit is from July to October.

What is Unique About Botswana Culture?

In the Setswana language, culture is evident in a variety of other aspects of life in Botswana such as traditional music, and food.

Dancing and other customary festivals such as weddings also add to Botswana tourism facts.