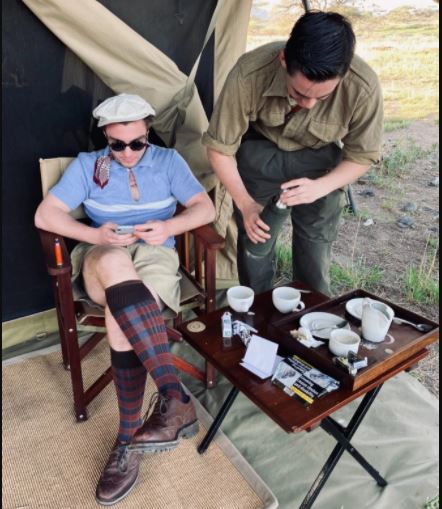 Samburu is the heartbeat of the Maasai culture and has remained so for years on end.

Samburu is the heartbeat of the Maasai culture and has remained so for years on end.

The charm, zeal and dynamic traditional setting which guides the way of life for the Samburu’s is what drew the attention of American pop star Madonna. She visited the Samburu and interacted with locals of the area.

She went on: “They are nomadic warriors and here the men are singing, dancing and telling stories to attract the attention of the females.”

Intrigued by the Samburu culture, she headed to Baringo Valley, home to the Pokot Tribe.

Baringo Valley is on the border of West Pokot and Baringo Counties in the Rift Valley.

Pokots, just like the Maasai of Samburu, have an intriguing culture.

Unlike in many urban areas in Kenya where culture is not taken seriously, it is what rules and reigns in the interiors of Kenya.

The Pokot culture has for decades withstood the test of time to remain vibrant and a symbol of pride for the Pokot people who are mainly pastoralists.

Of significance in this community is the cultural dance and the traditional delicacies main meat.

So thrilled was she that she found comfort sitting on tree logs as animated crowds gazed at her and her boyfriend, 26-year-old Alhamalik who tagged along for the visit. 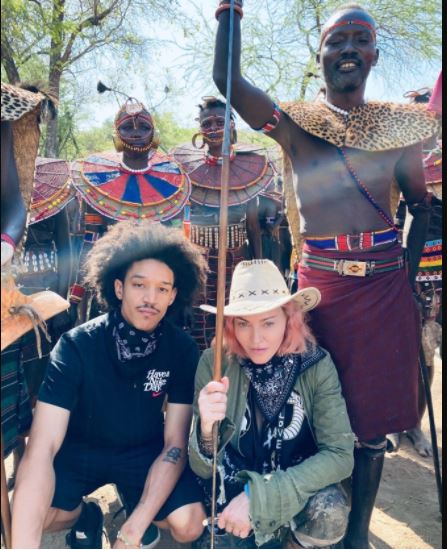 Pop queen Madonna with her young lover in Kenya. [Photo: The Sun]

This was not the first time that the ‘Queen of Pop” as she is commonly known visited Kenya.

In 2016, she visited Kenya’s biggest and densely populated Kibera slums in Nairobi. Kibera beats the record to stand as Africa’s biggest slum as well. 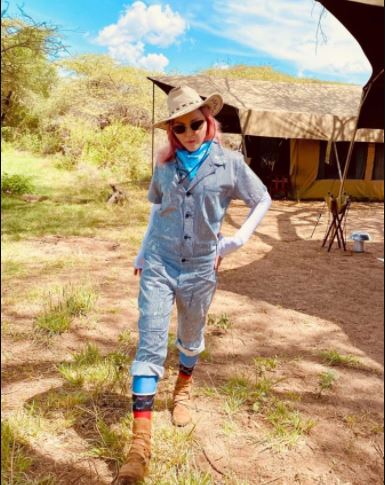 She has a history of visiting not just Kenya but Malawi too. She has adopted children in Malawi during her previous visits.

She was in Malawi before flying into Kenya. Madonna describes Malawi as a “second home”.

In her recent visit to Malawi, she visited the Mercy James Pediatric Hospital. She has been a strong pillar for the hospital since its launch in 2018.

“Visiting Mercy James Pediatric Hosptial………..3 Years in and going strong! Thanks to Dr. Borgstein and the incredible team of health care workers that make it possible to save childrens lives everyday! Thank you folks around the world that continue to support,” she posted on her Instagram page. 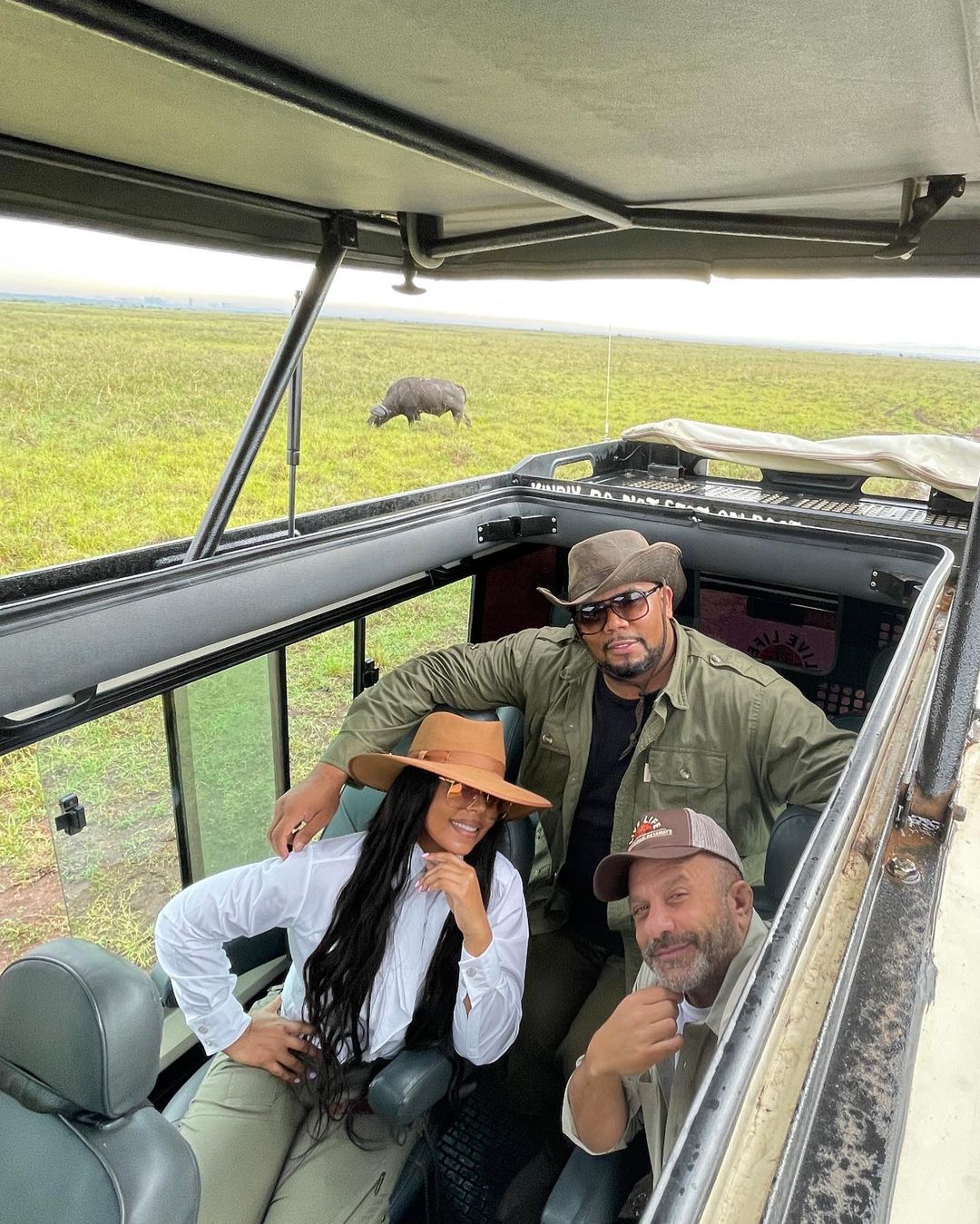 American singer Ashanti on a tour of Nairobi National Park. [Photo by Adamweitsman/IG]

She later visited the most iconic places in the capital, Nairobi National Park established in 1946.

Nairobi National Park covers an average area of 117.21 square kilometres. The park is has a vast open grassland with plains and at the back of it, all are the city’s skyscrapers. Then there are the scattered acacia bushes which are phenomenally known with playing home to animals in the jungle.

In December 2020, British model Naomi Campbell arrived in the country for a one-month-long vacation at the exclusive Billionaire Resort in Malindi.