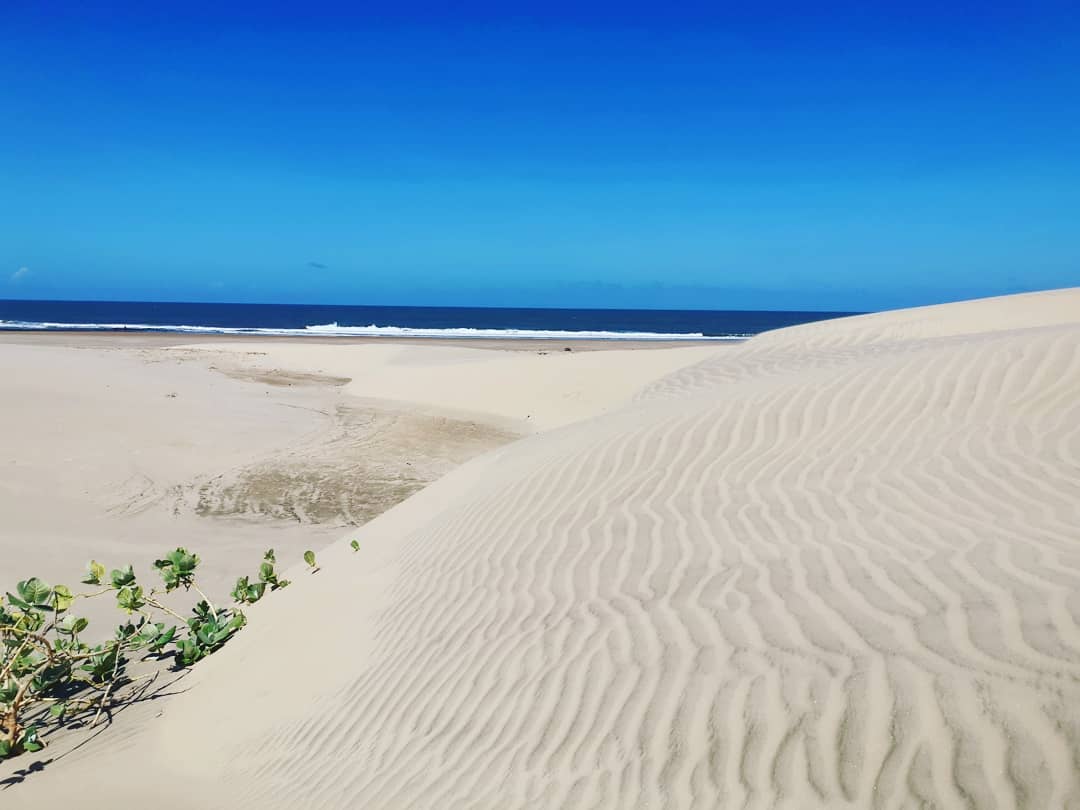 Mambrui is Kenya’s holy grail when it comes to “exceptional tourism”. Mambrui is home to the amazing Kola Beach which is the region’s ‘golden beach’ amplified by the rare occurrence of sand dunes.

A relaxing stroll on sand dunes in Kenya while rocking your favourite pair of shorts you love so much, sunglasses and a loose t-shirt seems a dream far-fetched but Mambrui in Kenya’s Coast says otherwise.

It is unimaginable that Kenya has sand dunes. How? Most people would have their minds wander far into North Africa to countries like Morocco and Namibia to the south which are proud to have the Sahara and Namib Deserts respectively.

The good news is that you can still have a good time leaving a mark of your feet in the sand dunes here in Kenya.

Mambrui is in the northern part of Malindi in Kwale County. It holds a lot of historical significance in the country’s ancient times. It has been a home for Kenyan and Chinese archaeologists for donkey years. The archaeologists have been exploring a theory on Chinese presence in Kenya during the reign of Yongle Emperor of the Ming Dynasty.

A decade ago, a Chinese coin dating back to the 15th century, iron slags and a jade green shard of porcelain were discovered in Mambrui further amplifying its relevance and significance in the world of archaeology.

Besides the archaeological and historical relevance that Mambrui holds, it is Kenya’s holy grail when it comes to “exceptional tourism”. Mambrui is home to the amazing Kola Beach which is the region’s ‘golden beach’ amplified by the rare occurrence of sand dunes.

Sadly, despite the uniqueness that Mambrui holds in a country that has more water bodies than deserts, Kenyans, as well as international tourists, are not aware that this part of the country in Malindi exists.

Kola Beach sits undisturbed save for the ocean tides that pushed hard to the shore but the white sands of the beach us contagious. Due to the presence of sand dunes, the beach turns golden when the sun shimmers due to pyrites particulars which turn golden when the with reflection from the sun.

Also read: Hotels In North And South Coast Of Mombasa

Nature is quiet here, only its beauty speaks loud enough. Mambrui is dotted by baobab trees and winds down to the Sabaki River which is a lifeline for thousands of people in the area.

The water from Sabaki River is used in irrigation. But it has also supported to the aesthetic beauty of Mambrui by supporting the growth of baobabs, a vast grassland, palm trees and existence of humongous hippos which reside at the Sabaki River. It drains its waters in the Indian Ocean.

The end of the vast grassland which begins at the mouth of Sabaki River walks you to the sand dunes which formed as a result of sand deposits from Sabaki River.

A sunset at Mambrui sends chills of ecstasy all over the body as the sand dune shines golden bright and the turquoise waters of the Indian Ocean.

The sand dunes stretch to 10 km and occupy 700 hectares of land.

Largely, Mambrui is a ghost town with nothing much going on save for a few resorts and Kola beach which is still labouring to sell its beauty to the world. Nevertheless, for those who have visited the virgin beach, Mambrui is a place you want to return every so often.

The Golden Beach is shrouded in the unrivalled ambience while the sand dunes have this charm effect on the best description mystical. Like in the Sahara Desert where Berbers and camels are inseparable, Mambrui has a dozen camels to better your experience in Kenya’s sand dunes.

The camels together with a guide well-versed with the area take you out for the ride of a lifetime in the sand dunes and you get an opportunity to enjoy a picnic far from the beach.

Those who value a serene atmosphere but exclusively splendid have enjoyed time spent in Mambrui.