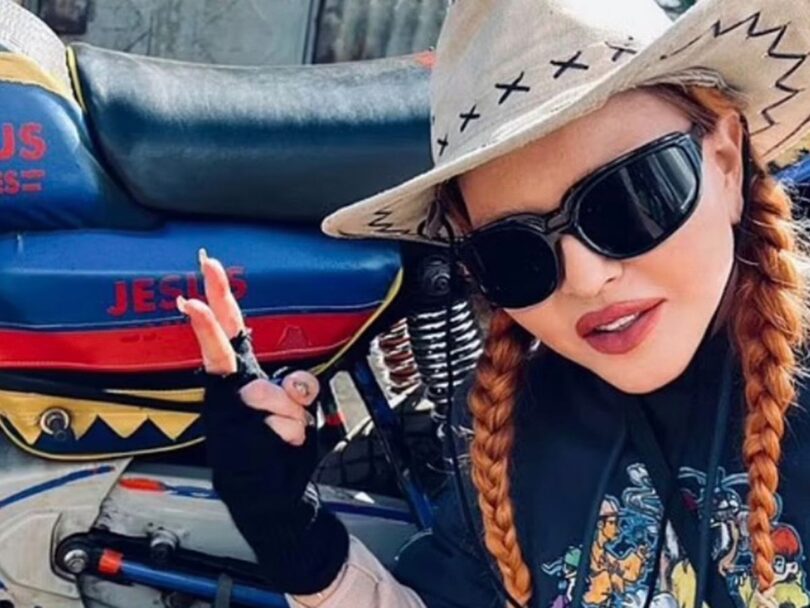 Legendary queen of pop Madonna is in Kenya for a third time. She tagged along with her two sons, Rocco Ritchie (22) and David Banda (17).

She brought her kids to Kibera, a large informal setting at the heart of Kenya’s capital Nairobi where they painted murals with locals. Madonna, now 64, kept a diary of her family’s travels just one day after creating a lovely mural of a dove and “tree of life” in the southwest suburb out of broken glass.

One photo shows Rocco sitting next to David, who are sons of Guy Ritchie who is now Madonna’s ex-lover.

“My children created a mural of broken glass in Kibera in honor of the great work that Kennedy Odede — is doing @shofco, an organization he created When he was a child living in the slums of Nairobi to improve the lives of families living in these challenging conditions,” said Madonna.

Madonna appeared in other images posted to her Instagram Story while surrounded by young children and sporting a black flowery sweater, blue leggings, and black leather shoes. 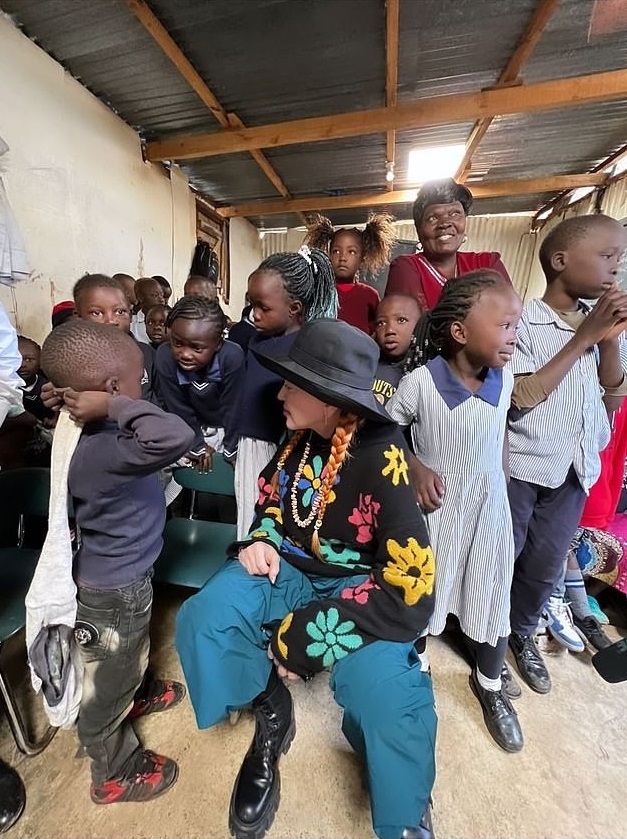 Madonna in Kenya. Photo by Madonna/IG

On top of her agenda in her second Kenyan visit, she is focusing water filtration, education, enabling loans for women and men to start businesses, and putting a stop to gender-based violence.

She will fund initiatives that will empower women to take legal action, and giving them a safe space to rebuild their lives. Madonna demonstrated her kind heart by working with mothers and children. The star of the performance was also her adopted daughter.

Nothing makes the proud mother happier than being a mother in a position to assist the less fortunate, she gushed about her daughter.

The seven-time Grammy winner uploaded images and videos on Tuesday showing her working with her students at SHOFCO Kibera School of Girls to build a captivating mosaic.

She donned a wide-brimmed hat, a graphic hoodie, loose shorts over black tights, large sunglasses, and her red hair was pulled back into two braids during her visit. 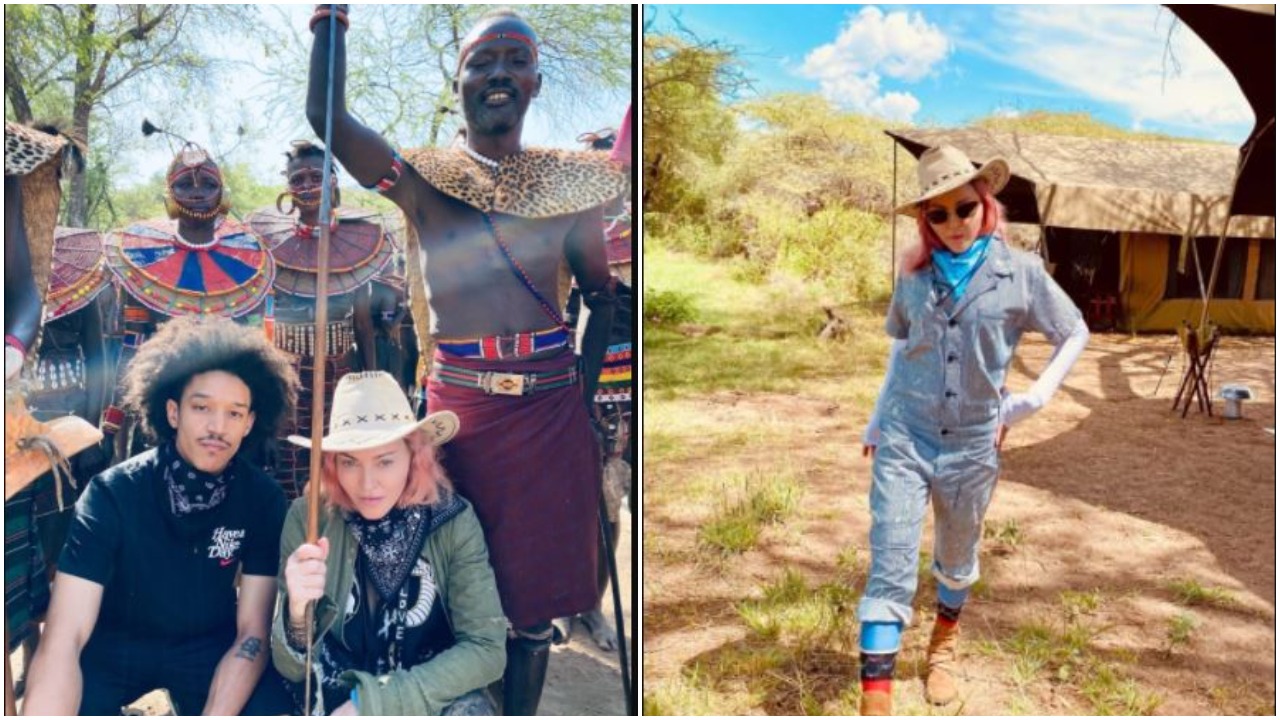 The pop star visited Kenya for the second time in 2021 accompanied by her young lover Alhamalik Williams. She visited Samburu and Baringo and interacted with locals of the area.

She went on: “They are nomadic warriors and here the men are singing, dancing and telling stories to attract the attention of the females.” Intrigued by the Samburu culture, she headed to Baringo Valley, home to the Pokot Tribe.

Baringo Valley is on the border of West Pokot and Baringo Counties in the Rift Valley. Pokots, just like the Maasai of Samburu, have an intriguing culture. Unlike in many urban areas in Kenya where culture is not taken seriously, it is what rules and reigns in the interiors of Kenya.

The Pokot culture has for decades withstood the test of time to remain vibrant and a symbol of pride for the Pokot people who are mainly pastoralists. Of significance in this community is the cultural dance and the traditional delicacies main meat.

So thrilled was she that she found comfort sitting on tree logs as animated crowds gazed at her and her now ex-boyfriend, 28-year-old Alhamalik who tagged along for the visit.