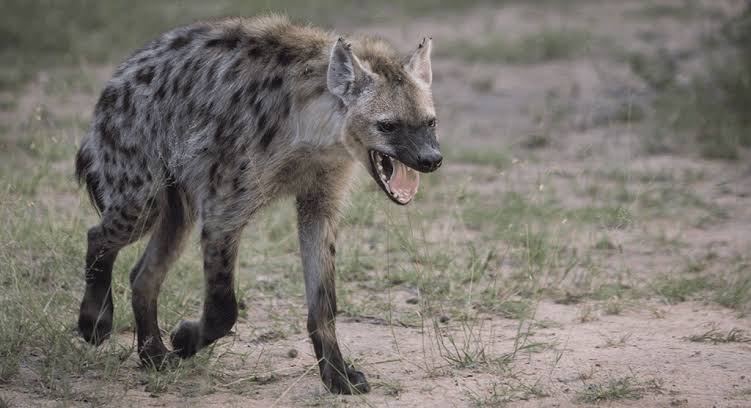 Balala while speaking recently at the Amboseli National Park said that any wild animal can be adopted as long it is not endangered.

The Tourism CS said that except For elephants which are endangered, the rest of the animals can be adopted.

“Anyone who wants hyena named after them will have to pay KSh 2 million in exchange for the hyena-naming bragging rights.”

He was officiating the Magical Kenya Elephant Naming Festival held at the park famed for its huge population of African elephants.

Why Are Hyenas Such A Big Deal In Kenya?

Despite having a bad reputation in the wild as a greedy animal, hyenas are phenomenal in Kenyan social circles.

Their greed is characterized by Kenyan men strong appetite for women. Or, their alleged philandering behaviour. The Swahili name for hyena “fisi” is more common in Kenyan circles.

The phrase ‘Team Mafisi’ is popular, funny and at the same time disgusting to some people. If anyone identifies themselves as a member of ‘Team Mafisi’ they are simply applying the proponents of the ‘law of philandering’.

What Is The Story Behind Team Mafisi Kenya?

Team Mafisi is a popular name for those whose love for philandering is on untamed levels. Their see-look-like-want tendencies are synonymous with a hyena’s greed. Thus, they are cleanly categorized as the human version of a hyena.

What’s interesting is that association with this team attracts love and hate in equal measure.

So, when Balala announced that it will now cost Ksh2 million to name a hyena after a willing Kenyan, it was a big deal.

According to the CS, income from this initiative will generate more revenue to be channelled towards the conservation of wildlife.

With a population of about 1,900 elephants, the naming festival sought to generate income through the naming of elephants.

It cost Ksh500,000 to name a jumbo and use the income for wildlife conservation efforts.

The festival raised Ksh15 million and has a target of Ksh100 million in next year’s festival.

Through such initiatives by the Ministry of Tourism, the Kenyan government hopes to generate more income to conserve wildlife.

Through 2020 – at the peak of the COVID-19 pandemic – some Ksh1 billion was disbursed toward wildlife conservation efforts.

Community ranches were the biggest beneficiaries with 5,500 new scouts recruited.

Balala said that the funds collected during the festival will help the Amboseli community cope better with elephants.

Why Is Amboseli National Park Special?

Amboseli National Park is famously known for its generosity in housing four of the Big Five; Lions, buffalos, leopards and elephants. Amboseli lies in the foothills of Mt Kilimanjaro along the Kenya-Tanzania border.

The idyllic landscape of Mount Kilimanjaro overlooking the park is exhilarating at dusk and dawn. This is when the snow-capped summit shines brightly from afar, illuminating the park’s vicinity.

Amboseli has a huge herd of African bush elephants with long tusks. They roam freely in the morning and evening when the heat is suppressed. During the day, they are at the Ol Okenya Swamp feeding.

Visiting Amboseli is welcome throughout the year. But, the period between July to October (dry season) gives the best views of wildlife. The wild animals at this time cross the plains to watering points within the park freely.

The park’s swamp has 420 species of birds. Among them are 6 species of vultures, eagles (10) and 12 species of herons.