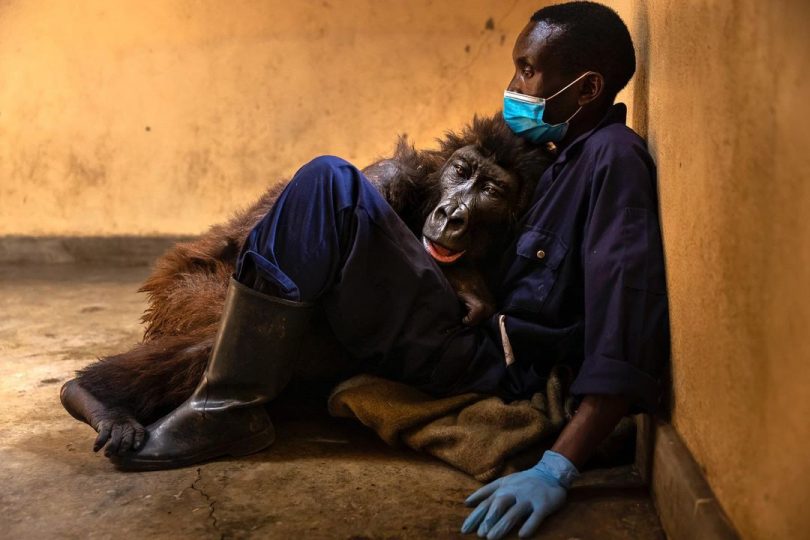 Ben Stirton, a Nat Geo photographer has fond memories of Ndakasi, a charming mountain gorilla at the Virunga National Park.

Stirton first met Ndakasi during one of his tours to DR Congo. The year was 2007 and the enchanting gorilla was two months old at the time.

Virunga National Park prides itself on being Africa’s first park.

She was devastated then holding on to her mother’s lifeless body. Ndakasi could not come to terms with the reality that she would survive the jungle as an orphan. 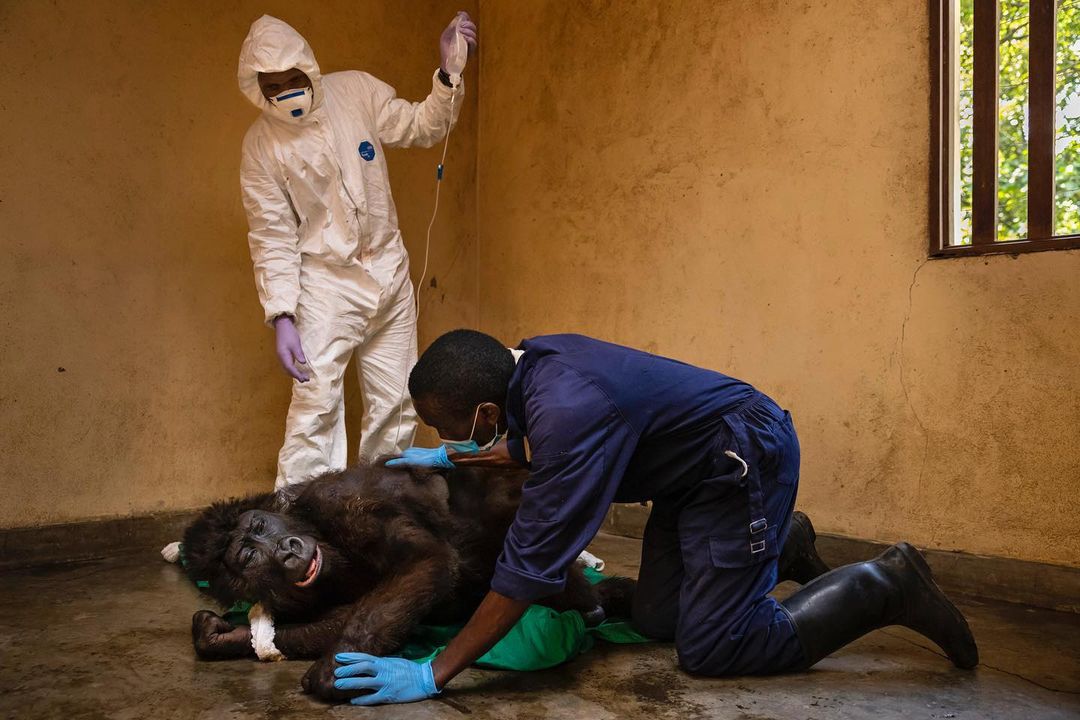 Her mother died from multiple gunshots from an AK47 rifle. It was rainy but Ndakasi did not see the need to shelter from the rainfall like all other gorillas at the park.

Sadly, she tried so hard to suckle from her dead mother but nothing came out. She was the only survivor of the attack that claimed the lives of nine mountain gorillas.

This was a big blow to conservationists because mountain gorillas are endangered species.

Why Are Mountain Gorillas Endangered Species?

The mountain gorilla is a subspecies of the eastern gorilla. Incidentally, it is highly prone to poaching, civil war, and harmful human activities making it an endangered species.

Mountain gorillas are shy but very strong. In Africa, they are guarded around the clock. They are found in gazetted national parks in East Africa.

Bwindi Impenetrable National Park in Uganda is a haven for mountain gorillas. They are also found in DR Congo – Virunga National Park that straddles into Rwanda’s Volcanoes National Park.

Andre Bauma is one of the rangers at the Virunga National Park who shared a special bond with Ndakasi.

The selfie-loving mountain gorilla died in his arms on September 26, 2021, at Senkwekwe Mountain Gorilla Center in Virunga.

Bauma rescued Ndakasi in 2007 after the attack. He picked her up and led her away from her mother’s lifeless body.

The ranger wasn’t sure Ndakasi would survive long enough. She was fragile and Bauma shielded her from the rain holding her close to her body.

And this was the beginning of their strong relationship that struck and left many people in awe. For 14 years, Bauma and Ndakasi were inseparable.

Those who visited Senkwekwe Center at the Virunga National Park can attest to this. She was moved to the center to live with other orphaned mountain gorillas. 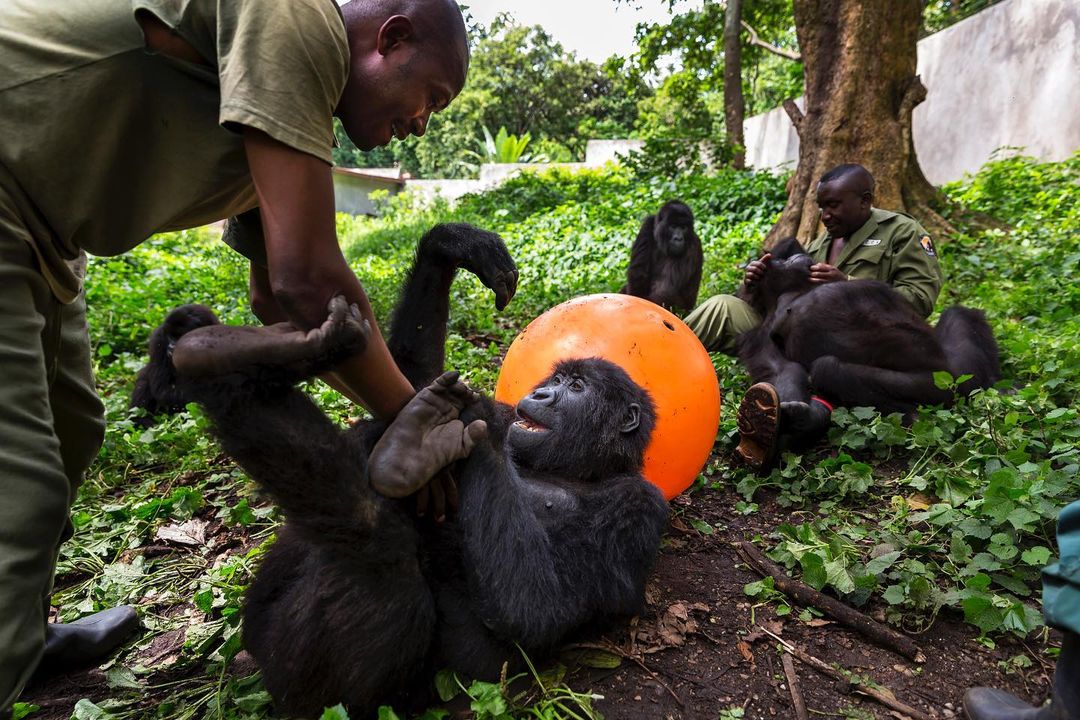 Mountain gorillas have strong personalities, just like human beings. This is according to the lead veterinarian in Virunga Eddy Syaluha and the Gorilla Doctors team.

They say that mountain gorillas are fragile, sensitive, and gentle as well. Although they are shy, they are quite playful. They also exhibit rare shows of extreme strength and Ndakasi showed it all when she was alive.

Unfortunately, she suffered from a strange illness for the last six months. Eventually, she died.