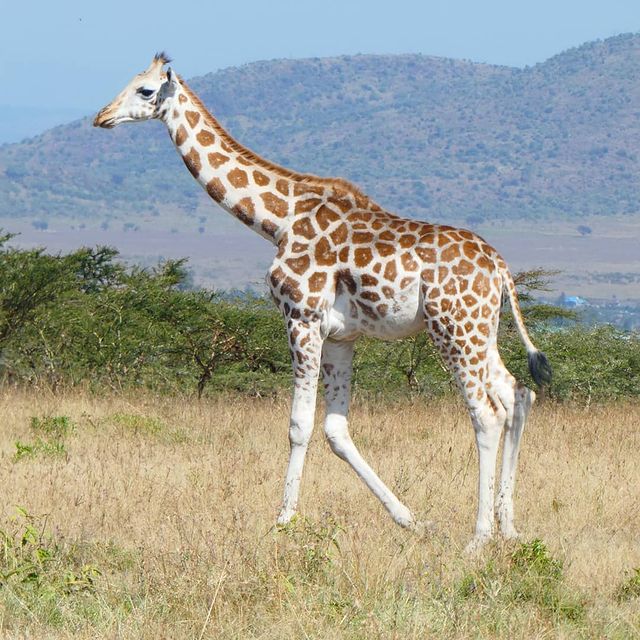 Following a public uproar, Kenya Power and Lighting Company (KPLC) has moved in with speed to work on low-hanging power lines than electrocuted three Rothschild giraffes at the Soysambu Conservancy in Nakuru.

The death of the three giraffes sparked uproar among conservationists and Kenyans.

Two giraffes were electrocuted on Friday and one more suffered the same fate on Saturday.

Kenya Power CEO Bernard Ngugi on Monday said that it was a bitter lesson for the firm and they have learnt a lesson.

He added that wildlife is a crucial part of the country’s cultural heritage which should be preserved at all costs.

Also read:What To Expect In A Trip To Lake Nakuru National Park

“We regret this incident because we recognize that wildlife forms an integral part of our natural and cultural psyche and, we appreciate the feedback shared by various stakeholders on this matter,” Ngugi said.

“…We thus take any electricity-related accidents seriously and we will use the lessons gleaned to avoid a recurrence of the same.”

As a lesson, KPLC will conduct an audit of all power lines across all parks in the country in a bid to avert such an occurrence in the future.

KPLC will work closely with the Kenya Wildlife Service in making this possible.

“The company will work in partnership with KWS and other stakeholders to extend the audit exercise to other wildlife parks across the country to ensure its infrastructure does not pose further danger,” it stated.

There are a total of 28,850 giraffes in the country according to KWS.

In the two years, some conservationists told the Standard that Rothschild giraffes have been killed in a similar style.

“Now a total of 11 giraffes have been killed on these lines. There had been an attempt some time back to have the line moved or lifted but there was no support of the idea,” said conservationist Kerry Outram.

Located in the heart of Kenya’s tourism hotspot of Rift Valley, Soysambu Conservancy boasts of a huge giraffe population.

Soysambu Conservancy was established in 2007 and has an acreage of 48,000 acres. It has more than 12,000 wild animals. It was started to conserve flora and fauna in the region.

The conservancy boasts of beautiful sceneries from Lake Elementaita which it is adjacent to.

Lake Elementaita is a lifeline to thousands of wild animals who depend on it for water while others, including thousands of flamingos, survive directly through the existence of the lake.

Besides conserving flora and fauna, Soysambu was also established with the aim to protect and shelter endangered and threatened species.

Also read:Top 10 Most Romantic Destinations For Couples In The World

The Rothschild giraffe is one of the threatened species which has found a home in Soysambu Conservancy. The community in this private conservancy has been educated in the need to conserve the environment and protect wildlife.

Besides the amazing wildlife here, Soysambu is a great place to have a picnic and enjoy a great time in the wild.

Nature lovers enjoy the serenity and tantalizing ambience of the conservancy, especially those enjoying romantic getaways.

You can have a romantic dinner at sunset at the edge of the conservancy, just metres away from Lake Elementaita. A lantern-lit table for two with great meals on the menu, the calm breeze from the lake and the beautiful scene of flamingos making a last dash to catch their meal for the night are always memorable.

A fire to keep the goosebumps away as you enjoy your meal and good times in the wild is always available. As darkness sets in, the fire illuminates this part of the conservancy and it is heavenly, to say the least.