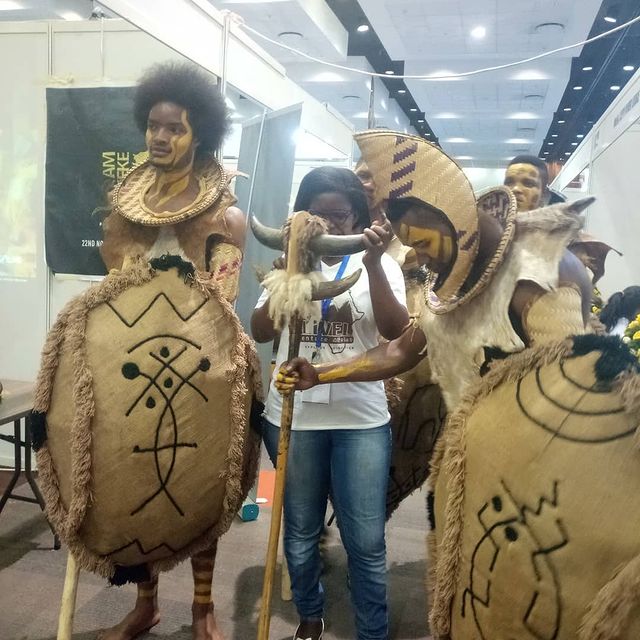 The number of visitors who toured Tanzania in 2020 decreased by 47 per cent. This was occasioned by COVID-19 pandemic.

Statistics by Tanzania Tourist Board (TTB) show that only 800,000 tourists visited Tanzanian against the usual highs of over 1.5 million tourists every year.

“A number of countries closed their skies and were on lockdown and this had a negative effect on the number of tourists seeking to visit the country,” TTB’s managing director Devota Mdachi said according to the Citizen.

With organizational plans for this year’s Swahili International Tourism Expo (SITE) expected to take place in October, promoters are now cracking their heads on the best model to woo back tourists in Tanzania.

This is despite a shift in its coronavirus positivity rate which has reportedly increased in the last week.

The virus has claimed the lives of three top officials among them Seif Sharif Hamad, Zanzibar’s first Vice President.

Sharif died early in the week. Selina Tjihero, a Namibian official also succumbed to COVID-19 in Tanzania this week.

Now, tourism promoters are down to work putting together initiatives aimed at raising the number of tourists in Tanzania in 2021.

SITE is one of the events that will showcase the beauty of Tanzania courtesy of TTB. Small operators in the industry are the backbone of SITE and are expected to feature their products.

They will also have a chance to meet international tourist agents who will help them raise their operation standards.

SITE has been around since 2014 when the first exhibition was held. Every year since then, more than 100 exhibitors majorly tour and travel operators in the region have been part of the exhibition.

Two years ago – in 2019 – there were 170 exhibition companies and 333 international travel vendors.

SITE draws interest from players in the tourism sector from as far as the United Kingdom, China, Botswana, Belgium, Australia, Canada, Denmark, France, Estonia and Czech.

However, 2020 was a different year as Tanzania did not manage to hold the exhibition due to the COVID-19 pandemic.

There were increased travel restrictions from various parts of the world which made it hard for the event to go down.

This year, TTB said that it is giving a 50% discount to all international vendors who wish to exhibit their products at the expo as a way to encourage more tourists to visit Tanzania.

Tanzania through TTB issued a raft of COVID-19 guidelines to govern the tourism sector during the pandemic.

Each player in the sector was expected to implement the guidelines fully in a bid to protect the lives of their clients.

In January, Tourism players said that most tourists never return to Tanzania after the first visit.

The stakeholders consisting of hotel owners, conservationists, tours and travel operators indicated that a majority of tourists who visit Tanzania never go back for a second visit.

They attributed this to a number of factors among them the high cost of travel that tourists incur while in Tanzania. The stakeholders also cited lack of satisfaction for tourists with services offered, inexperienced hoteliers and other service providers in the industry sealed the fate of the sector.

The stakeholders who spoke to The Citizen said there have been appalling reports of tour companies failing to deliver on the promises made to tourist which is a major turn off.

Some of these companies have demonstrated a lack of professionalism courtesy of their staff while others have been accused of attempting to defraud tourists during their visit to Tanzania.

Lack of direct flights from leading tourists hotspots in the world – Europe and the US – was another major contributor to the one-time-visit trend in Tanzania.

Erastus Lufungulo, the Burudika Tourist Company Director said that connecting flights from Europe and the US to Tanzania add to the high cost of travel to Tanzania which is not appealing at all.

Also read:Americans Warned Against Travelling To Tanzania Over COVID-19

“Our tourism is costly. This is because vising the country now is more expensive than vising Kenya or South Africa,” he told The Citizen.

Lufungulo cast aspersions in some tour companies in Tanzania stating that they have failed in service delivery by virtue of having non-professionals execute their operations for them.

“Some tour guides take money from tourists, but strangely you can’t find them at airports to receive the tourists. Even when they show up to receive tourists, who pay them a lot of money, they do not provide quality services to them,” Lufungulo explained.

On the other hand, taxation by the government on local tour and travel companies pushed the cost of operations higher which trickles down to the tourists.

Poor infrastructure greatly contributed to this issue according to TLPO Chairman Sammy Mdia. He noted that proper infrastructure plays a critical role in winning the hearts of tourists but Tanzania’s current state of infrastructure dented the sector’s reputation.

Aware of this red flag, Tanzania’s Permanent Secretary in the Ministry of Natural Resources and Tourism Aloyce Nzuki challenged players in the sector to establish why 80% of tourists who visited Tanzania for the first time fail to return again.

Nzuki also called on the media to join in the debate and work more on showcasing the beauty and the good of Tanzania’s tourism sector.