Furaha Centre in Meru is a project that has brought a smile and given life new meaning to children suffering from autism and cerebral palsy.

Mr Marek Krakus, a Polish national who has lived and worked in Kenya for more than two decades is the brains behind the initiative seeking to provide specialized therapy to children suffering from these neurological conditions.

He explains that in his long stay in Kenya working in Meru, he visited various homes in the villages when he realized that children suffering from these conditions got little or no support. This is what inspired him to start Furaha Centre as a cause for change.

“I am in Kenya for 23 years. I came in 1998 and this is my first home now,” he tells See Africa Today in an exclusive interview adding that he has established a family in Kenya with his Polish wife who is a psychologist by profession.

Furaha Centre was established in April 2016. Mr Krakus also established a foundation back in Poland dubbed Help Furaha which was launched two years ago.

He opines that through the foundation, he has been able to purchase a five-hectare parcel of land in Meru to set up a state-of-the-art rehabilitation centre.

Recently, a 250 bicycle ride from Nairobi to Meru was held in a bid to fundraise for the expansion of the project which included sinking a borehole. 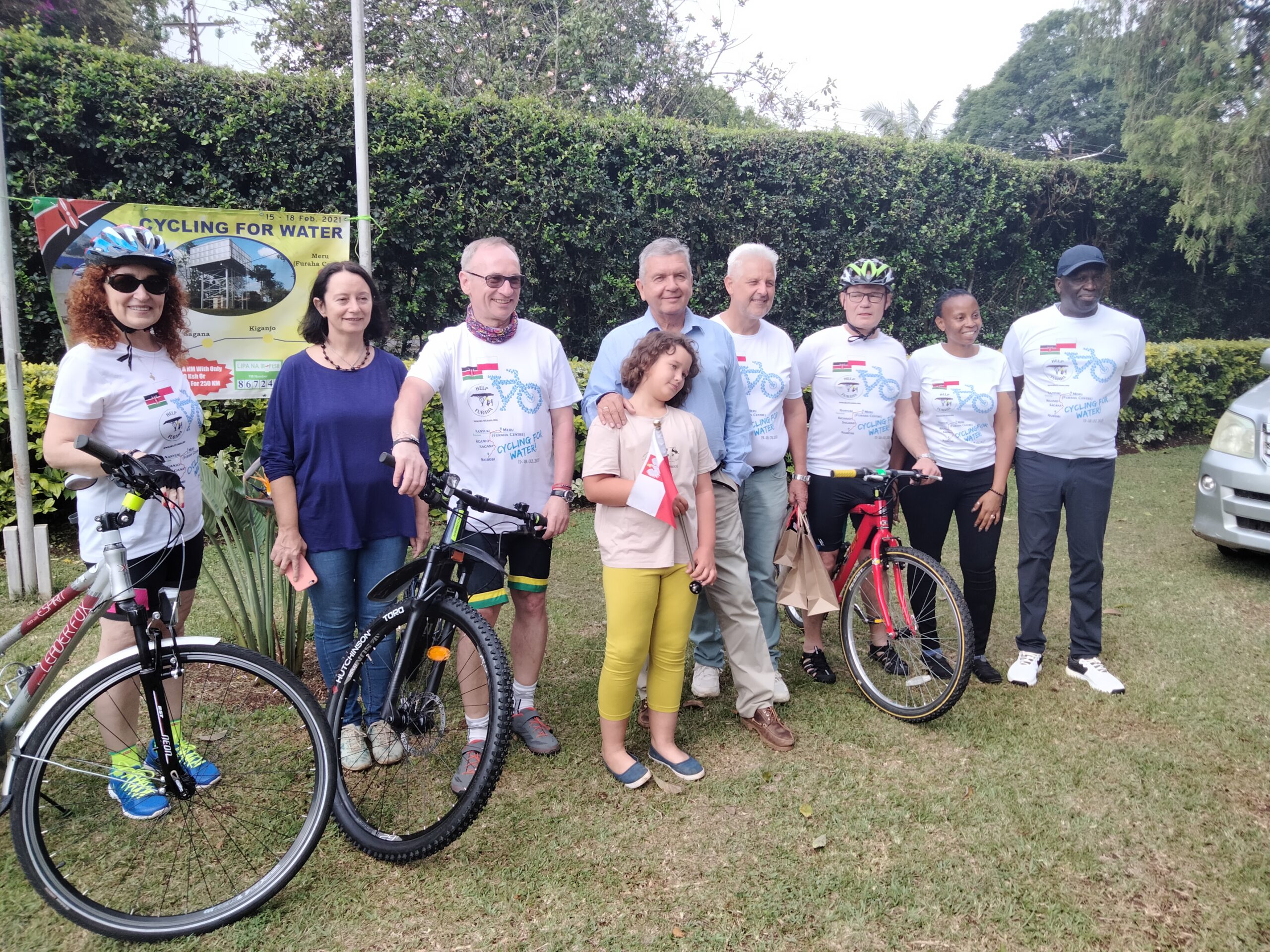 A group of Polish who took part in a four-day cycle from Nairobi to Meru under “Water For Furaha” Initiative. [Photo: Courtesy]

Together with fellow polish nationals Mr Andrez Strzadala and Ms Bogumila Skuplin, they kicked off the 250 km-long charity bike ride from Nairobi to Meru.

Polish Ambassador to Kenya Mr Jacek Bazanski flagged off the four Polish riders at his official residence in Muthaiga on February 15. They were later joined by other Kenyan cyclists along the way.

The charity ride took four days with the first stop being Sagana where they spent the night before cycling the second day to Kiganjo. The third stop was in Nanyuki and on the fourth day, they finally arrived in Meru.

“Water For Furaha” was an online initiative spearheaded by Mr Cisznek to aid in the construction of a modern and professional rehab centre that is Furaha.

Through the Facebook campaign, Mr Cisznek’s managed to get donations of at least $30,000 (Ksh3.2 million) to sink a borehole for Furaha Centre in Meru.

Water is a crucial part of the operations of the rehabilitation centre which now has 300 children from Meru County and the bordering Isiolo County. More are expected in the future.

Interestingly, Mr Cisznek had never met Mr Krakus until June 2020 when he joined a love session organized by the Furaha Centre founder and he decided to come in and help.

“He was very touched he first heard the idea and he decided to come in and help. He called Mr Marek saying, okay, I am riding a bicycle, I like it so I propose to do something here in Kenya around the equator with the bicycle to collect money.”

However, the COVID-19 pandemic led to the closure of borders made it impossible to start the initiative immediately.

Not one to give up, Mr Cisznek would lead a team of eight riders to cycle for around 350 km from Poland to Czech Republic during the pandemic season where they raised $2,000 dollars as a start for Water for Furaha Intiative.

Mr Krakus is upbeat about turning Furaha Centre into a hub for rehabilitation not just for children with such conditions from Meru, but the whole country.

He remarks that his wife who is a psychologist is currently pursuing Occupational Therapy in Nairobi to gain more knowledge on the rehab treatment for children who need specialized therapy.

A group of Polish nationals who took part in a four-day cycle from Nairobi to Meru under “Water For Furaha” Initiative. From left is Furaha Centre founder Mr Marek Krakus with Polish Ambassador to  Kenya Mr Jacek Bazanski. [Photo: Courtesy]

He notes that they have received at least Ksh15 million in funding to set up the rehab centre.

“The idea is to build a modern rehabilitation centre which there isn’t in Kenya,” he offers.

He remarks that Furaha Centre will be a daycare offering psychotherapy, daily physiotherapy and special education opportunities free of charge.

This will enable parents to work during the day while their children with these conditions get necessary support which will “create stronger family bonds”.

“We will bring therapies from Europe, from abroad like hippotherapy, using the horses or ponies. Also hydrotherapy, pet therapy – using the rabbits, using the dogs, cats.

“These are the unknown therapies which are not yet known in Kenya. In that centre, we will be situated in Kenya but we want to attract and help as many families as possible,” Mr Krakus maintains.

The existing Furaha Centre offers among other therapies, light and musical therapies for the 300 children already in the camp.

Mr Karakus envisages the project will be complete in 2023. He is upbeat that Furaha Centre will offer a two-week retreat for parents and children suffering from neurological disorders.

They can leave their children in the hands of specialists at Furaha Centre while they enjoy the magical nature of Kenya by visiting Samburu National Park or the Meru National Park.