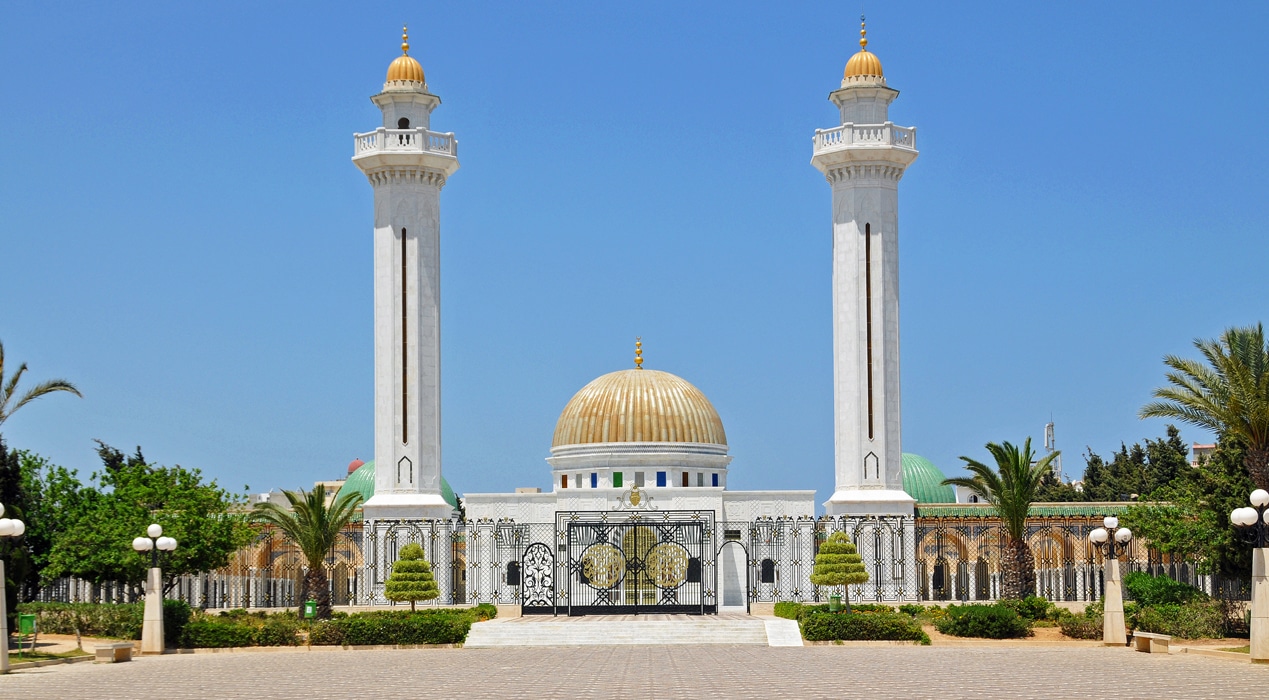 The Bourguiba Mausoleum in Tunisia’s city of Monastir is what welcomes you to this part of the country.

The Mausoleum has a monumental history given that it shelters the remains of Habib Bourguiba, Tunisian first president. Back in 1063, Bourguiba commissioned the construction of the mausoleum in Sidi El Mezery cemetery. He is credited with leading Tunisia to independence from French rule.

The golden-white mausoleum has a traditional Tunisian architectural style seen through its gateway that acts as a shield between the mausoleum and the cemetery. Another highlight of the mausoleum is the huge golden dome that tops Bourguiba Mausoleum and shaded by two other smaller domes painted green.

Bourguiba’s wife and siblings who have since passed on were buried next to the Statesman whose belongings such as desk, pens, passport, clothes and photos are displayed here.

Fashion On Africa; The Best Fashion Wear And Style In Tunisia

Tunisia, the best spot for lovers and honeymoons