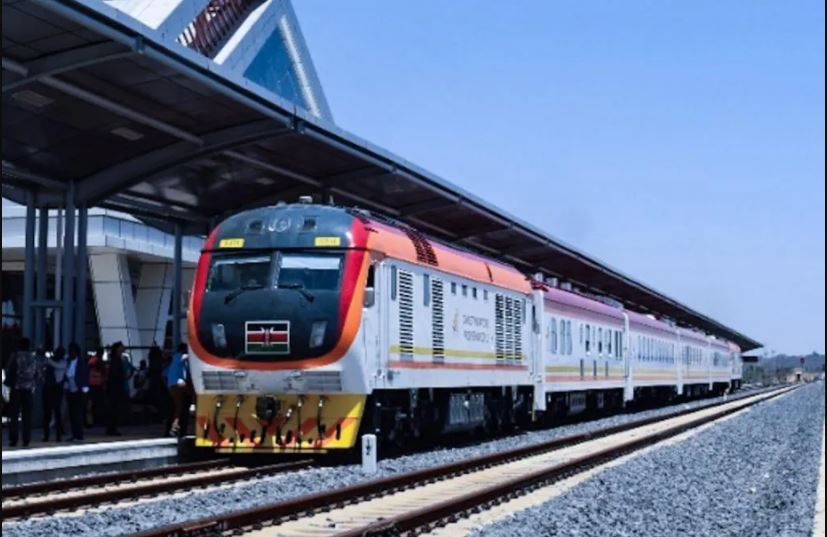 It may seem like another form of transport but Kenya’s Standard Gauge Railway (SGR) is more than this.

The SGR train running from Nairobi to Mombasa is the real deal that has everyone talking every time they board it.  The SGR train popularly known as the Madaraka Express is something worth writing about for wanderlusts.

Formerly known as the “Lunatic Express” which ran on the old Kenya-Uganda railway line, the SGR train has a capacity of 1,260 passengers. The first three coaches house the First Class passengers while 15 others are the economy class.

There is a luggage carrier that can carry up to 70 tonnes and a sleeper coach.

The Madaraka Express runs through a newly-built ultra-modern railway line stretching 488 km. It replaced the pre-colonial railway line which was in oblivion and could not be rehabilitated.

Also read: Get A Lifetime Memory At Finch Hattons Luxury Camp In Tsavo

The journey is covered in just five hours as the train cruises at a speed of 120 km/h across the treacherous terrains of Kenya’s coast and southeastern part of the country where the SGR gallantly passed through.

Speed is a key factor in such means of transport but traveling in the Madaraka Express feeds your memory with beautiful, yet unforgettable memories. The coastal area has more than the envied ocean life it is popular for.

The rolling hills of Voi in Taita Taveta are stunningly amazing. Expansive tracts of land form large tracts of idle land with an overgrown savannah and shrubs dotting but make no mistake; these areas are breeding grounds for serpents whose existence is favored by the high temperatures and availability of prey to feed on.

Before long, your game journey begins at Tsavo where the SGR snakes through like a giant in spite of dangerous carnivores calling this home for decades on end.

Tsavo stretches 22,000 sq km, making it one of the world’s largest national parks and home to the wild animals you have heard of or you can think of.

Needless to say, Tsavo is home to the Big Five. Fierce-looking Maasai lions, buffaloes, black rhino, African elephants and leopards dot every corner of the vast park. Breeding of the big five is high aided by the park’s temperate climate with cool, wet seasons followed by dry seasons.

Kenya’s highest population of African elephants is at Tsavo West National Park which is also home to Maasai lions christened the “man-eaters”. Today, the park boasts of maneless lions traversing the expansive area protecting its territory and hunting down its prey.

Its mountainous terrain surrounded by swamps, Lake Jipe and Mzima Springs has aided in an increased population of the big five and other animals such as hippos, Maasai giraffes, bush babies, lesser Kudu, and hyenas.

The SGR gives you a free game ride of the Tsavo. On either side of the park, you can see elephants, impalas, zebra’s among others grazing. The terrain at the park and beyond is somewhat rocky but still supports the growth of vegetation and shrubs which elephants and giraffes feed on.

Beyond Tsavo, scattered homes beneath the hills can be seen and herds of animals grazing in bushes. As you progress with the journey, you appreciate the works of mother nature as you hit the plateau after seeing more than a hundred hills half the journey.

At the clock of five hours, the Madaraka Express makes a final stop at the SGR terminus in Syokimau where the journey ends.

As you alight at the terminus, the feeling of a journey through Africa sinks deeper!