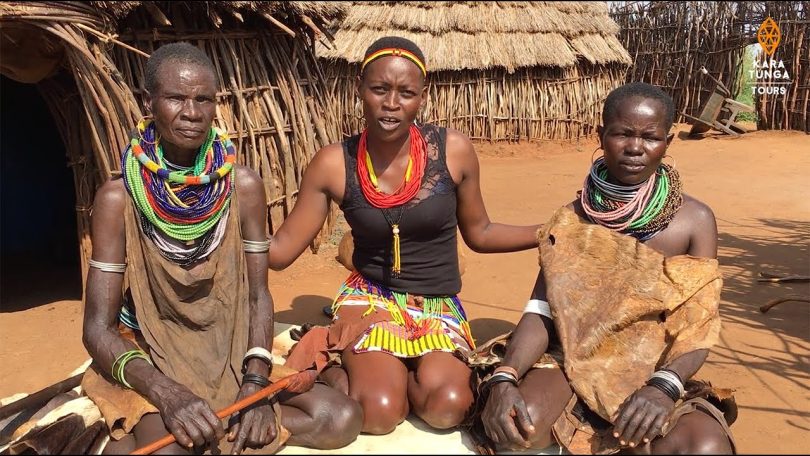 There are several untapped gems in the Karamoja region that many tourists in Uganda don’t know about.

Karamojong is one of the indigenous Uganda tribes made up of fierce warrior pastoralists found in the northeastern corner bordering southern Sudan and Kenya. They are Nilotic. Their language has Nilo-Saharan Kalenjin roots and is like that of pastoralists in South Sudan, Kenya, and Uganda.

This region is home to untapped gems such as Kidepo Valley National Park, where lion prides, herds of zebra, and waterbuck share the savannah with species found in no other Ugandan park such as cheetah and wild dogs.

How Would You Describe the Untapped Gems in the Karamoja Region?

Karamoja is a world apart in terms of culture and landscape. It has knobby mountains and steep escarpments straight out of fiction. Karamoja region is an adventurer’s destination where you come face-to-face with Mount Morungole.

It is home to the Ik-People who moved to the mountains during the creation of Kidepo Valley National Park, and Mount Moroto- a volcano along the Uganda-Kenya border. 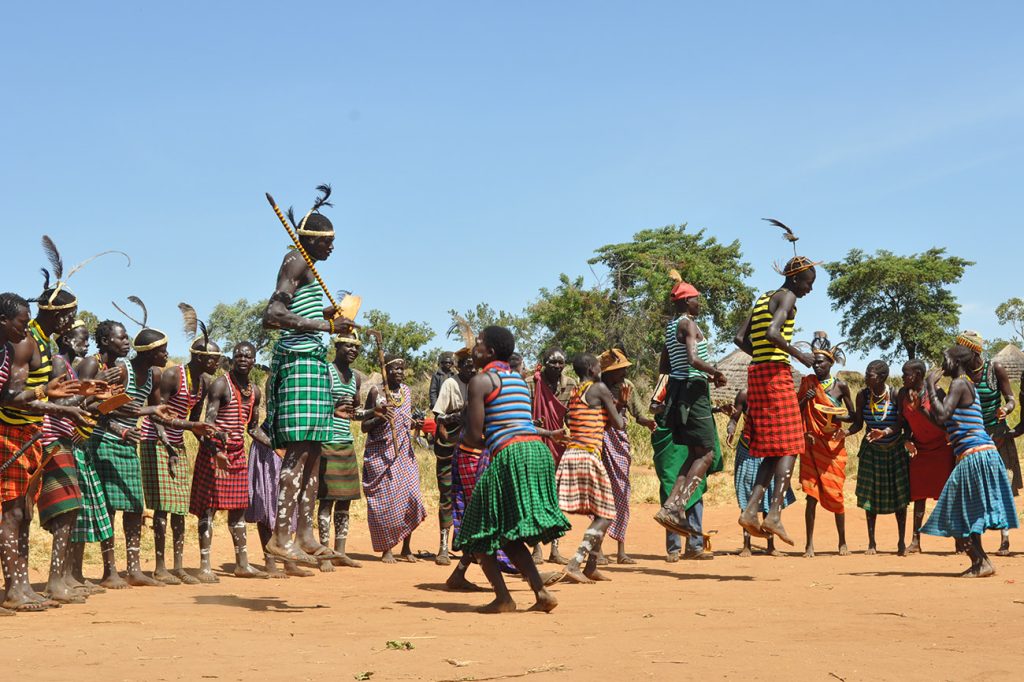 Despite the several untapped gems in the Karamoja region, the area is, however, rarely visited. Few know about the Karamojong, which is such a contrast to their cousins the Masai in Kenya who have been featured in several magazines and documentaries.

The Karamojong people interesting to visit because they are one of a kind with untapped gems you will find nowhere else in Uganda.

During colonial times, the British failed to control the Karamajong, and the region was simply set off-limits. Unlike the rest of Uganda, where most of the people have adopted Christianity or Islam, the people here still follow their traditional religion and belief in a god–Akuj.

The Karamojong region has nomadic agro-pastoralists known for their love of cattle. They believe they got this from Akuj. That’s why they have strongly resisted the trappings of modern civilisation.

Because of the decades of isolation and their strong beliefs, the Karamojong people have been able to maintain their ancestral cultural heritage with cultural customs dating back thousands of years.

They have distinctive beauty ideals such as scarification of the body and faces. Their fashion exploits include the usage of colourful beads, iconic blankets, and their traditional dance shows. They show great similarities to the renowned Maasai in Kenya. 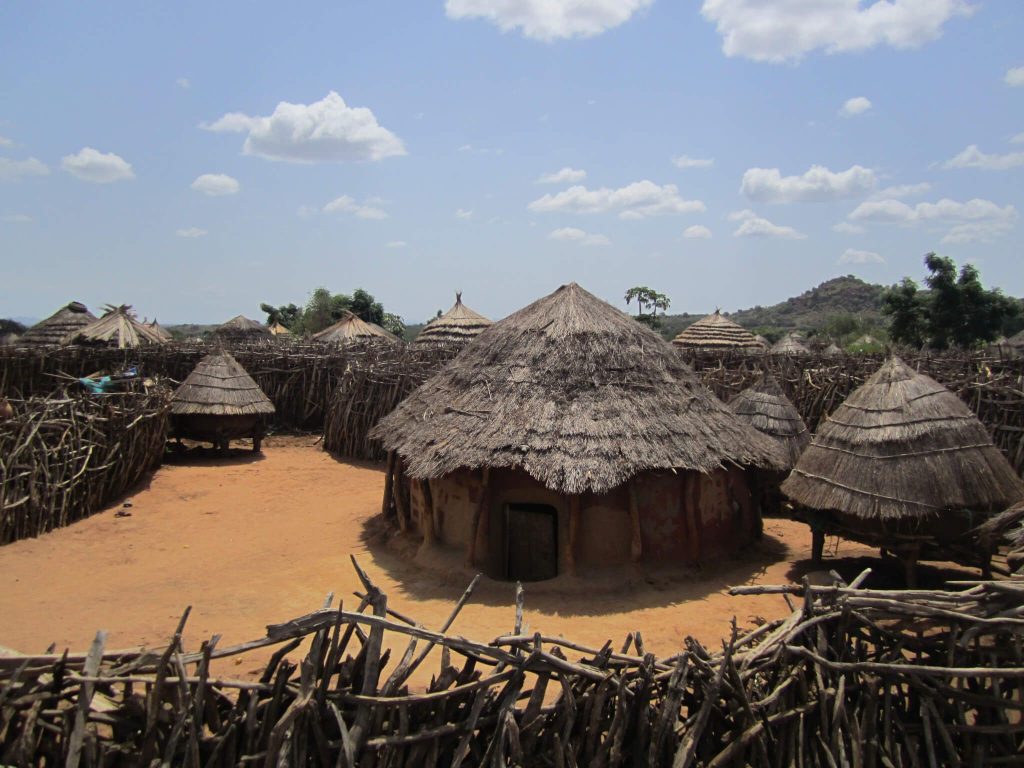 A visit to Manyatta can be very educational and enlightening. There is a rich culture in these villages preserved over the centuries and has not been corrupted by civilization. It is refreshing to discover something so pure still exists.

A manyatta visit is a unique adventure; from the layout of the village, and the homesteads, to the people and their language, all give you a sense of community and togetherness.

Scarcely dressed children will welcome you as you enter the village. You will also see old men reclining on headrest stools wrapped in tunics, sharing tales of old to the young and old, about the traditions and ways of their people, or simply observing the goings-on in the village.

Do not turn down the invitation to enter their homes. It is a real privilege. They mostly smear the interior of their hat with dung and mud. They have a few pieces of furniture such as beds. They are proud of the little they have and do not take it for granted.

These people live in pure harmony with the harsh weather. They do not dress up much; they are always half-naked and decorated in tribal markings.

A visit to a Manyatta, one of the untapped gems in the Karamoja region is not complete without music and dance. You can join in and jump as high as you can to the music.

A string of volcanic mountains characterizes the north-eastern border of the Karamoja plateau. These include Mount Moroto, Mount Morungole, and Mount Kadam. On the western border of the region lies Mount Napak, that’s known for being the port of Karamoja.

Visit and learn about the mountain’s original inhabitants who fled into the mountains during the migration of the Karamojong. The Ik are living in the northern part of the mountain whereas the central and south are occupied by the Tepeth.

Hiking and trekking the mountains of Karamoja are an exciting alternative to the more vigorous climbs in East Africa.

The experience of hiking Karamoja’s mountains is a mix of rich encounters with the highland people, beautiful views and unique sights along the trails. Explore the unique campsites and enjoy the sunset, the stars and sunrise over the planes of Karamoja.

Pian Upe Game Reserve covers Mt. Kadam in the south to Mt. Napak to the north. Pian Upe, Bokora and Matheniko wild reserves create a larger ecosystem of savanna and mountains in a semi-arid area. You will catch several species, such as ostriches, dik-dik, hyenas, buffaloes, and roan antelope. Bird species such as Jackson’s hornbill are also prolific around the swamp terrains. 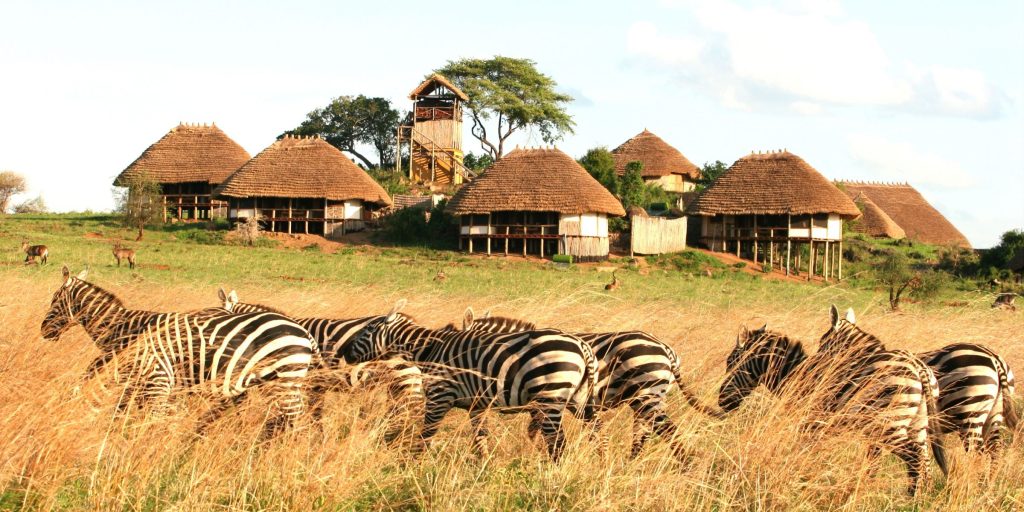 In the far north of the Karamoja lies one of Africa’s most renowned and remote national parks: Kidepo Valley. It contains the most exciting faunas with over 80 species of mammals. They include the cheetah, lions, elephants, leopard, warthogs, ostriches, buffaloes, giraffes, and striped hyenas, and caracal.

Karamoja is richly blessed with yet-to-be exploited mineral resources. There are about 50 different minerals and precious stones, such as gold, silver, copper, iron, titanium, manganese, cobalt, chrome, rare earth and radioactive minerals in the region.

Gold in the Matheniko County in a belt stretches from the north to the south of Karamoja. experts say it is one of the world’s largest deposits with the highest levels of purity.

A Karamojong visit is a worthwhile trip to make during your Uganda safari. Discover and learn more about the Karamojong. You can plan the trip together with a visit to Kidepo valley national park, one of the best game parks in Africa.