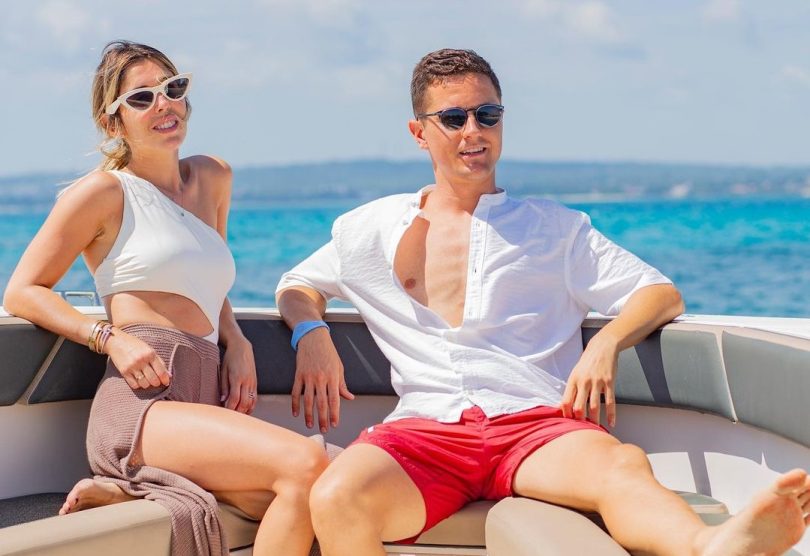 The PSG midfielder flew to Tanzania a few days ago marking this as his first holiday in Africa. From the look of things, the couple had a good time in one of East Africa’s leading tourist destinations.

He followed his teammate, PSG Mauro Icardi who together with his wife Wanda Nara visited Rwanda and wound up in Kenya. The Argentine had a tour of Virunga National Park which is home to the endangered mountain gorillas.

He then flew to Kenya for a few days where he visited the iconic Giraffe Manor in Nairobi and the famous Maasai Mara.

Shortly after Icardi’s visit, the Spanish PSG star headed to Africa for his holiday. But where did the Ander Herrera visit in Tanzania? 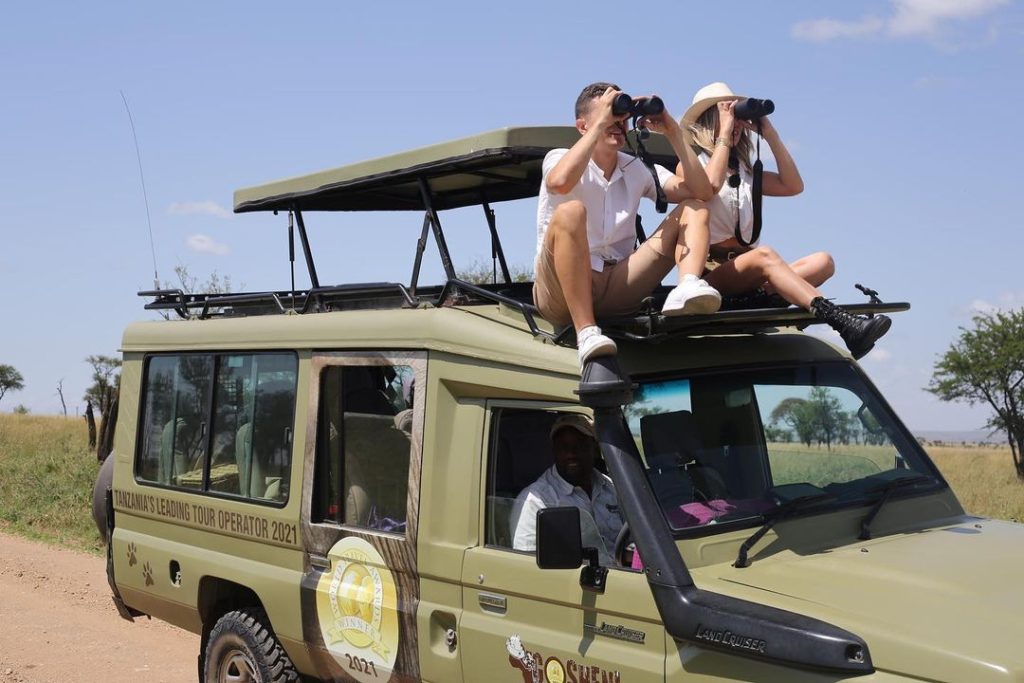 If you ever travel to Tanzania and don’t head out to Tanzania, you are missing out on something wonderful. Herrera was aware of this.

The Serengeti Tanzania safari is a tall tale of African wildlife delight. The park is one of the world’s renowned wildlife sanctuaries with thousands of game spread across the grass-ridden plains of the park. It is the oldest park in Tanzania, and one of the few UNESCO World Heritage sites.

The name Serengeti comes from a Maasai name meaning the ‘endless plains’. It characterizes the topography of the vast national park covering approximately 30,000 square kilometres.

It is part of Tanzania’s heritage that it has fought to preserve for years on end. Some of the world’s most iconic animals are here and it is the heartbeat of the famous wildebeest migration to and from Maasai Mara in Kenya.

From the photos on his Instagram page, Ander Herrera and Collado couldn’t have enough of the wildlife in Serengeti. They took snapshots of giraffes, buffalos, birds, lions atop a tree, zebras and antelopes in the park.

He joins celebrities like Lupita Nyong’o who once spoke of the charm Serengeti has in the game spectacle. 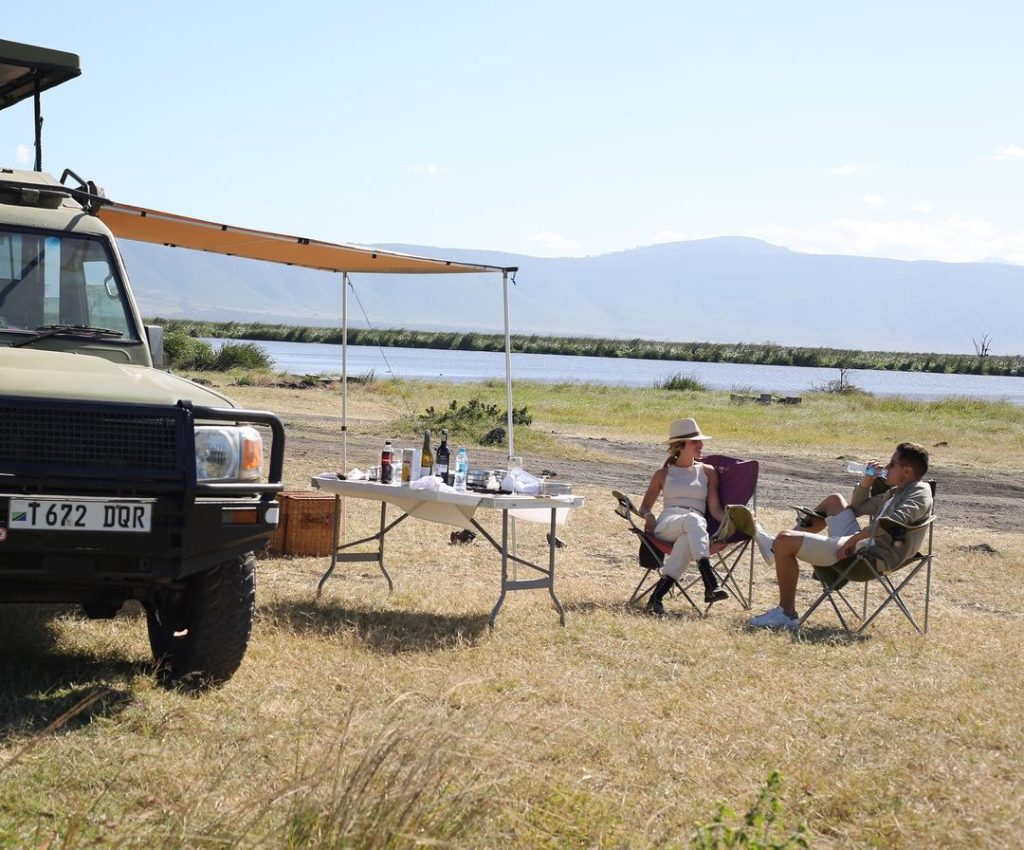 It has the highest concentration of species in Africa. Its existence if courtesy of an eruption of a volcano which later formed the crater. History suggests that before the eruption, Ngorongoro was taller than Mt. Kilimanjaro – may be the tallest in the world.

A trip to the Ngorongoro crater will provide you with breathtaking views of the caldera and the opportunity to observe the Big 5. Herrera surely captured captivating moments of wildlife at the crater. 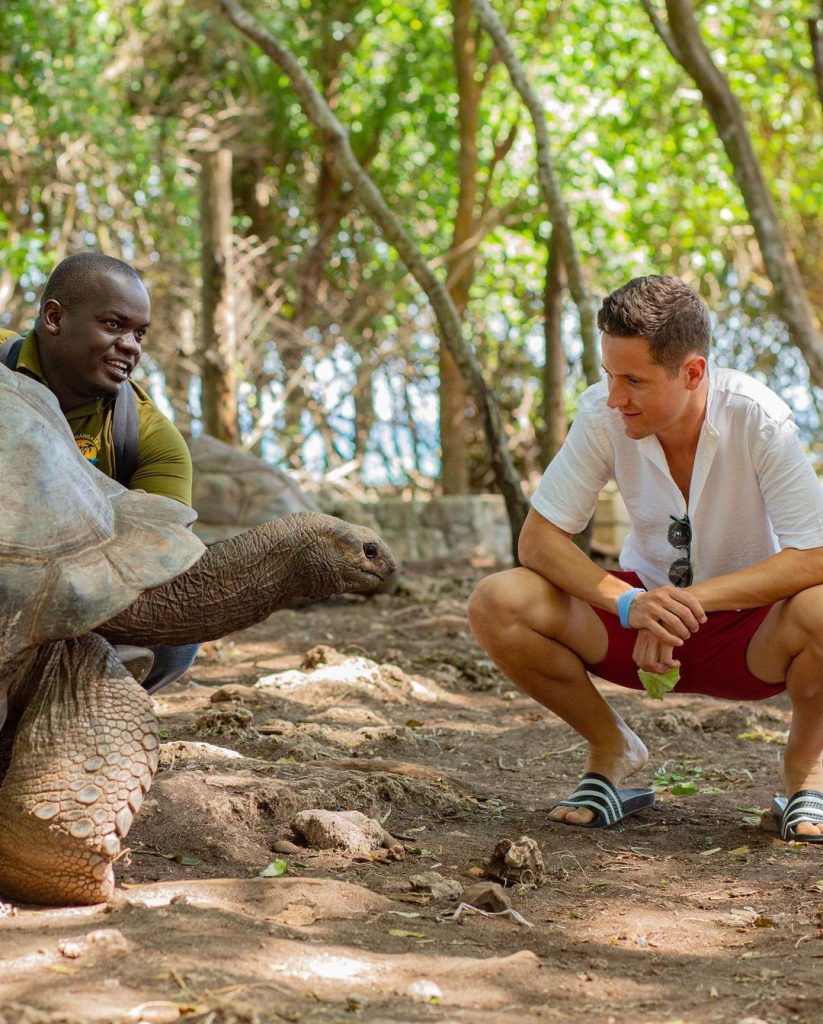 The pristine beaches and serene islands are a charm Ander Herrera and his wife couldn’t resist. From gorgeous boat rides on the island to romantic meals on the beach; the couple had a fine taste of the Zanzibar life.

Moreover, they visited Changu Island where East Africa’s giant tortoises live. The island off the coast of Zanzibar is one of the few remaining havens for gigantic tortoises. It is also a historic island with tales of slave trade.

That’s why it’s known as the ‘Prison Island’. The massive Aldabra tortoises are the real deal here as much as the history of the island is.

These tortoises are 122 centimetres (48 inches) long and weigh between 440 pounds and550 pounds (250 kilograms). Some of them are among the world’s oldest creatures.