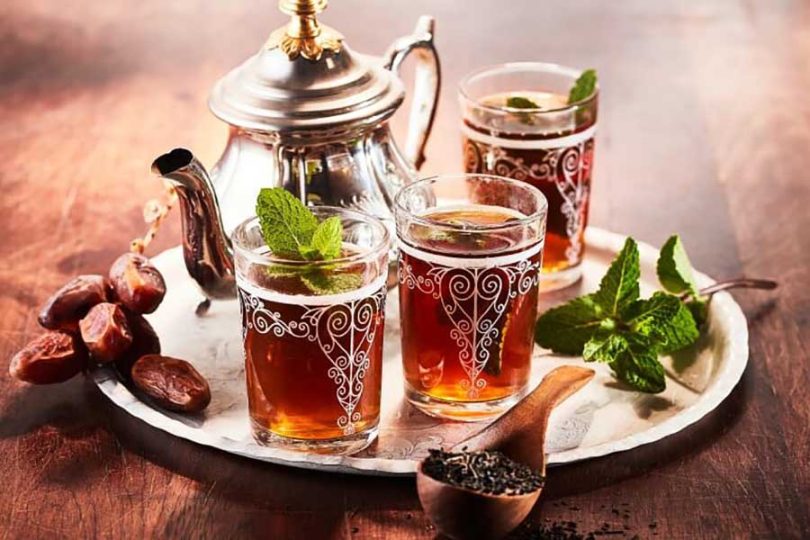 Many people often wonder why is Moroccan tea famous and popular? The perfect answer would be that it’s a part of a significant African food culture, an inherent trait every African community carries.

Morocco is not an exception as much as many other things define its culture. Talk of its medieval architecture with a perfect theme often exported around Africa. It’s just one of the things it is proud of but it’s food culture here in also interesting.

Nevertheless, tea holds a lot significance in Moroccan households. Here is its history. 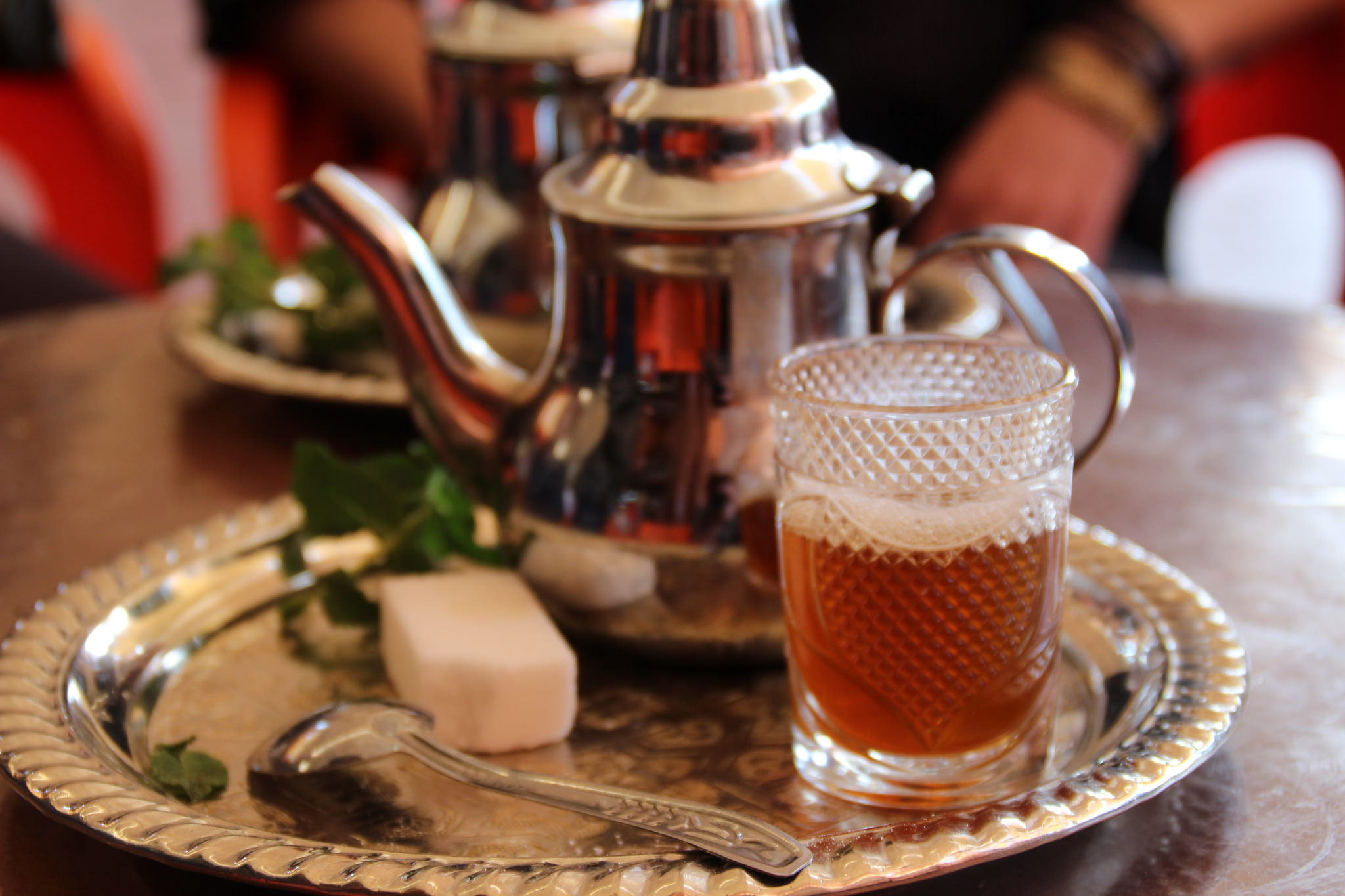 Why is Moroccan tea famous and popular? It’s famous because it holds a cultural value of hospitality in North Africa.

Tea is a common drink at get-togethers with loved ones and new contacts alike, and its consumption is a gesture of goodwill.

North African countries that border Morocco all share a fondness for Moroccan tea culture. Moroccan couscous and B’sara, two staples of the country’s cuisine, are common accompaniments to the beverage.

Why is Moroccan Tea so Good?

Every serving of tea you get has a mint flavor to it. It is a major proponent of why is Moroccan tea famous and popular. Mint contains variety of immune-boosting minerals such as fluoride, calcium, magnesium, copper, and selenium.

Besides quenching thirst, each serving gives you a package of immune boosters.

What Kind of Tea is Morocco Known For?

Traditional Moroccan tea is blended by pouring the mixture from one teapot to another, which also serves to cool the tea down. How much of each ingredient you use and how long you let them all steep together determines the quality of your Moroccan Mint Tea.

It is made in front of the audience and is appropriate for any meal. On a sizable tray, you’ll find a teapot filled with boiling water, green tea leaves, herbs, mint leaves, and sugar.

A traditional teapot called a Sinia tea tray holds the mint tea.  In most cases, they teapot and sinia tray are silver in colour.  The tray holds the cups and teapot and compels guests to take more than one drink.

Since the servings come in a communal pot, you’re unlikely to limit yourself to a single glass.

A second manifestation of the warm welcome that characterizes the Moroccan tea ceremony.

Your host will appreciate you more as a guest if the tea is sweeter. The host’s elevation of the teapot when pouring tea is another indicator of the guest’s status.

Your status as a visitor increases in proportion to the elevation of the teapot. This practice has scientific merit, since it aerates the tea and aids with digestion.

The generous servings are designed to be a warm and welcoming gesture. Typically, the male of the house, or the head of the household, does the cooking, while the female members of the household handle the meal preparation.

Western etiquette calls for loud sipping as a way to show gratitude to the tea’s maker or host. Tea is a common way for vendors in Morocco to entice passersby into their stalls and try to sell you something.

The other North African countries also enjoy the tea rituals that originated in Morocco.

Is Moroccan Tea Green or Black?

Morocco’s world-famous mint tea, is traditionally prepared by infusing green tea with a large amount of spearmint. This makes it an emblematic of Moroccan cuisine, but it has also come to represent Moroccan hospitality and culture.

Why is Moroccan tea famous and popular again also lies in the preparation which is straightforward and has a strong emphasis on timing. Nevertheless, you need the following ingredients.

When Did Morocco Start Drinking Tea? 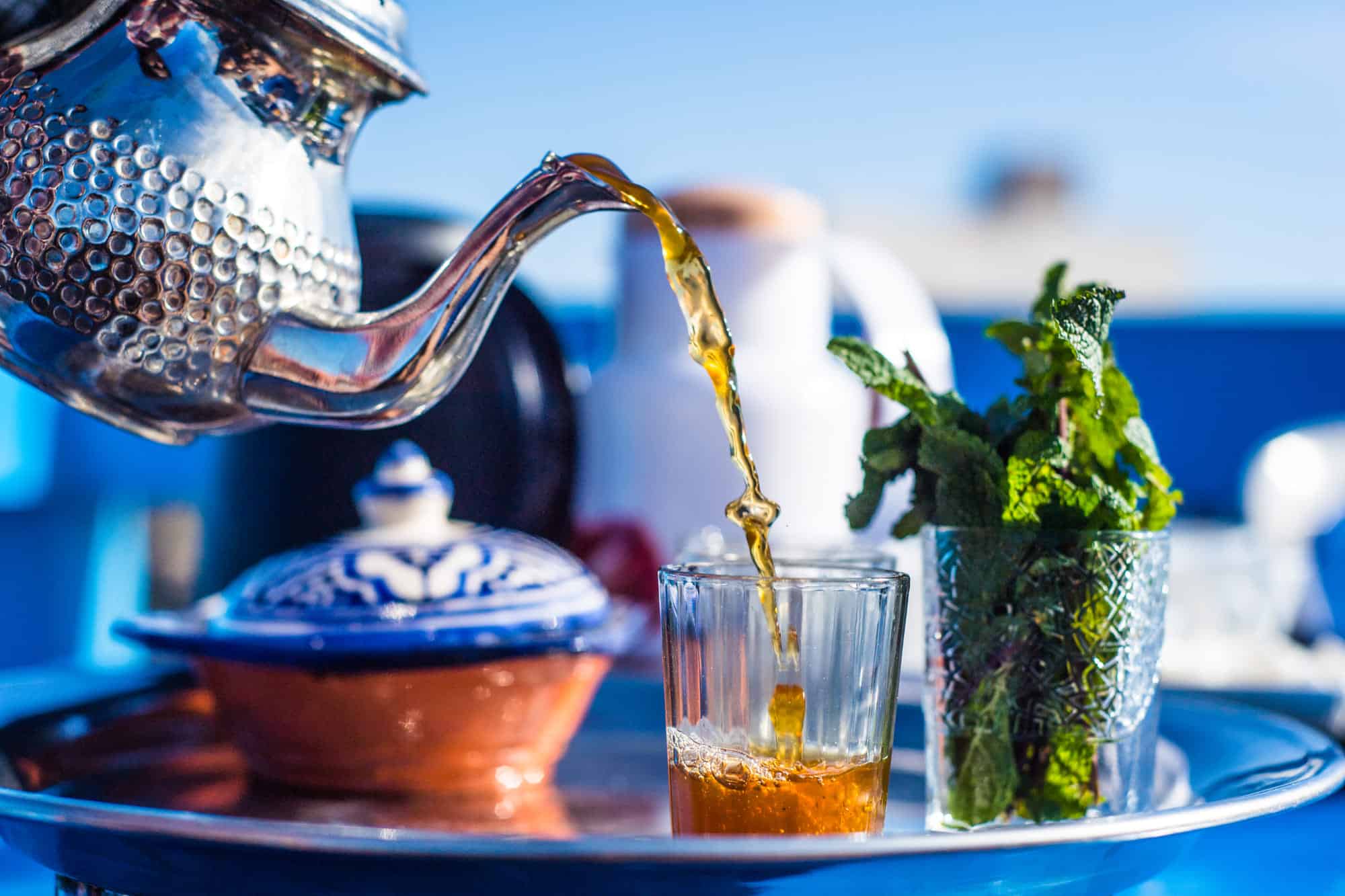 Tea’s origins in Morocco have been hotly contested by scholars for years. Understanding the culture and art of tea as it is known in Morocco is essential.

Tea is widely thought to have originated in Middle East. Numerous legends surround its genesis. The Arabs contributed to its introduction in North Africa but some historians claim it was actually introduced by British’s Queen Victoria.

Due to its cultural significance, Morocco is one of the world’s major importers of tea.

In the late 19th century, as trade between Morocco’s cities flourished, tea became widely available across the country. Since then, drinking tea has become a societal obligation.

As alcohol was strictly prohibited, tea became the beverage of choice for Moroccans. Given that they were forbidden to drink alcohol, the locals would substitute the mint drink and christened it as the “berber of whiskey”.