Despite the festival being a tourism gold mine, there has been a heated debate among stakeholders in the tourism industry and government officials after parliament directed blocking the social event. This followed a concern raised by some members of Parliament who argued that the event is a breeding ground for sexual immorality.

Prime minister Robinah Nabbanja later cleared the Nyege Nyege Festival 2022 to take place but within the guidelines developed by the Directorate of Ethics and Integrity.

The clearance followed a meeting chaired by Nabbanja, involving festival organizers and the concerned cabinet ministers.

Robinah Nibbanja has said that it was too late to cancel the annual international festival since thousands of tourists have already paid for visas. In contrast, others have already jetted into the country. 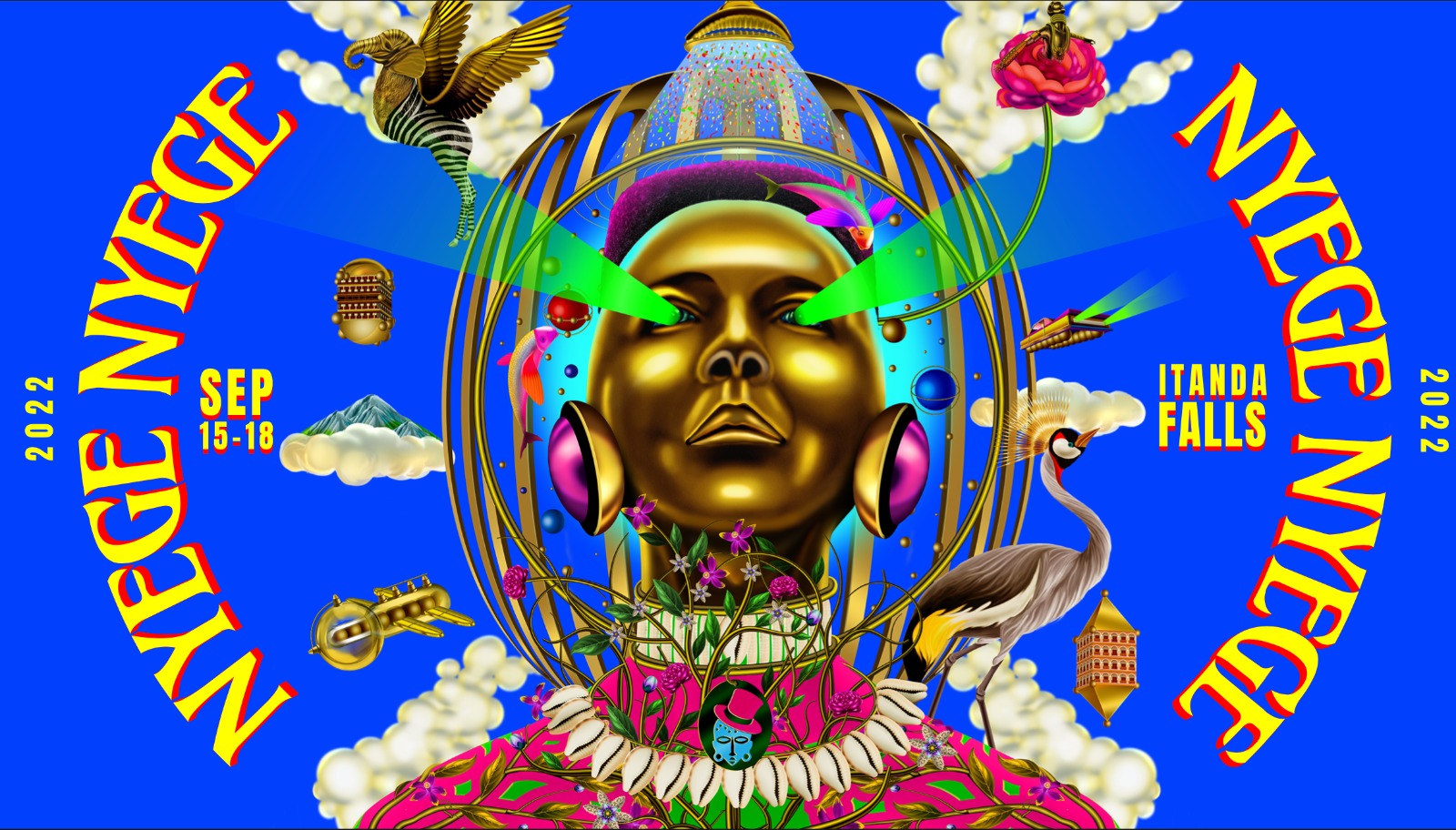 How Long is the Nyege Nyege Festival?

The three-day party brings together artists from across Africa to entertain over 10 000 revellers worldwide.

The Nyege Nyege festival is a buzzword in East Africa. For three days, Jinja is lit with crowds from East Africa descending on the hotels in Jinja. The poolside bars are all bustling with colourful shirts and trousers and sunglasses, come sun, come rain.

What Happens at Nyege Nyege?

Alongside the music, Nyege Nyege showcases visual art installations and offers activities such as rafting and bungee jumping, among other activities.

In every Nyege Nyege edition, over 30 top and emerging electronic music DJs and producers attend. The five stages are on fire from dusk till dawn, for three days featuring some of the best and latest electronic and modern African music by over 200 artists from 30 countries. The festival doesn’t sleep during the day either, but the level of activity is lower, and the people are far fewer than at night. Still, there is always something fun going on, with music everywhere.

Vendors crowd all areas, with local art, African-style festival shirts and dresses, and Ugandan street food such as the famous ‘Rolex’.

Where is Nyege Nyege Located? 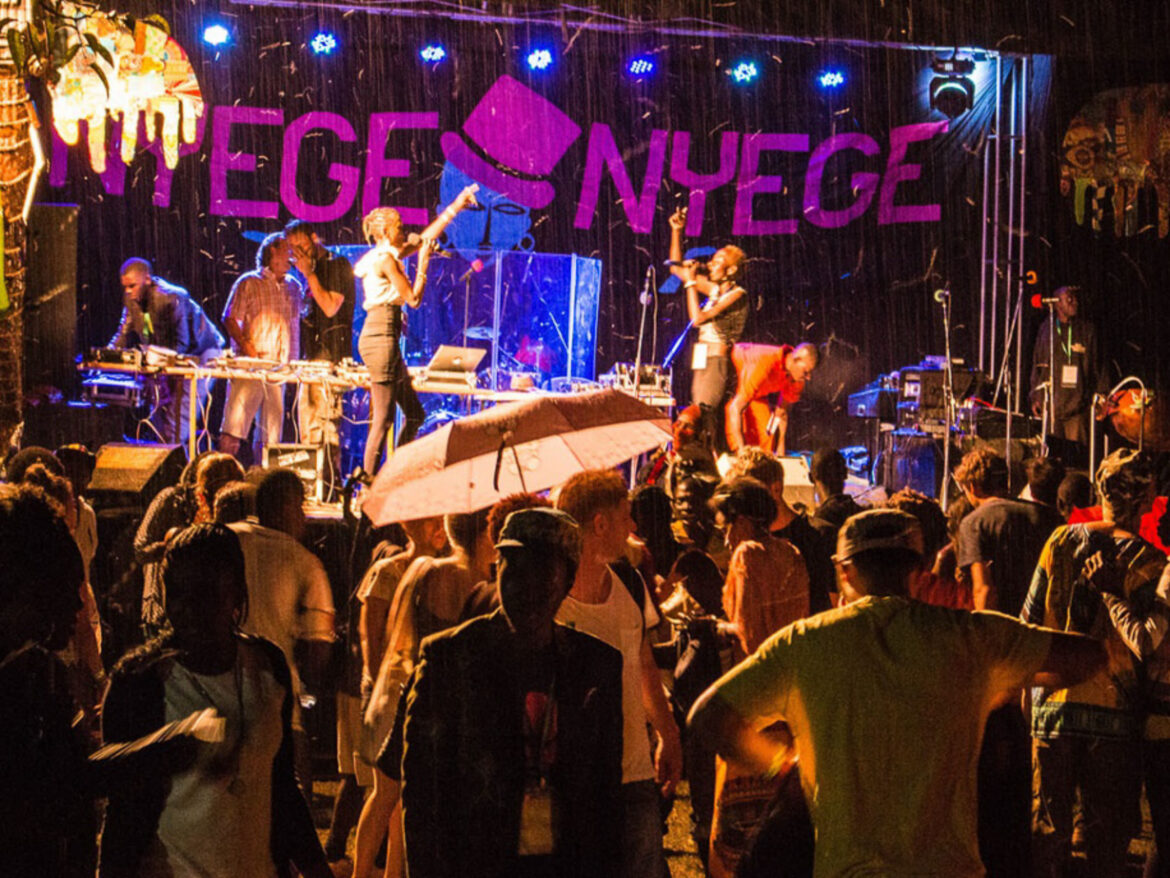 Nyege Nyege festival 2022 will go down from 15th to 18th September 2022 at Itanda Falls in Jinja, the new location. By upgrading to a brand-new site, Nyege Nyege will offer revellers a more comfortable and spacious adventure while putting Itanda Falls on the map as the most fascinating tourism destination.

According to the organisers, this year, we will also integrate new activities such as rafting, quad bikes, workshops, sunset cruises and drastically improve camping facilities. For the festival to grow beyond Jinja’s accommodation capacity, we must bring guests a top-rated, safe and comfortable camping experience.

How Many People Attend Nyege Nyege?

Nyege Nyege festival attracts over 10,000 thousand revellers from all over the world. According to the Organisers, revellers will enjoy music, Afro-fusion cuisines, local and international beverages.

Nyege Nyege Festival 2022 will also explore a hybrid mixture of both digital and in-person experiences. This digital art exhibition and reality experience draws on its Covid hybrid edition of 2020. Around eight million people followed the highly acclaimed hybrid edition, bringing together over 40 collectives.

The Nyege Nyege festival is a Ugandan annual festival that celebrates music in Africa and other parts of the world. Coined from a Luganda word, ekinyegenyege, literally meaning uncontrollable urge, they front the festival as one where revellers have unlimited fun.

Nyege Nyege is Co-founded by friends Derek Debru and Arlen Dilsizian. The festival brings together a record label, Nyege Nyege Tapes, a studio and a festival.

Debru and Dilsizian met during a performance by the Nilotica Drum Ensemble. The group is known for their heavy thumping drum performances and traditional dances. 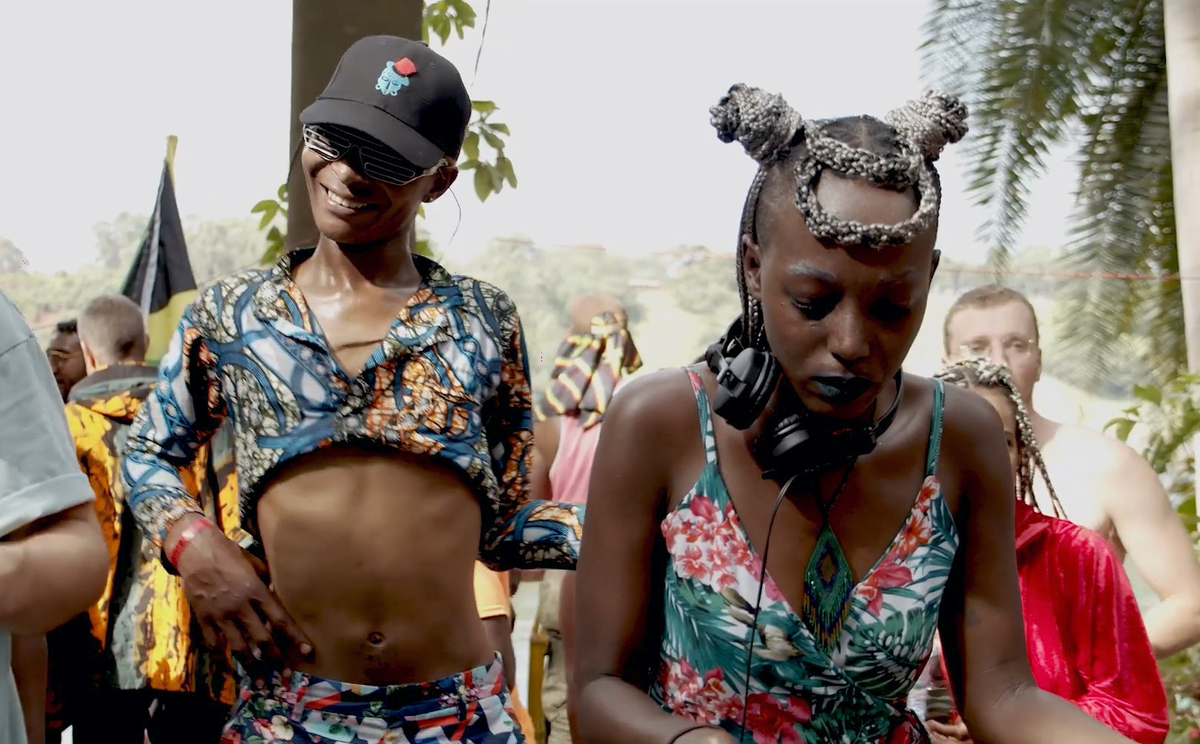 At such performances, the two got the idea of putting together parties that would give performers like Nilotica a chance to be recognized since their music was not on Ugandan airwaves.

This gave birth to the record label; Nyege Nyege Tapes, which has signed electronic and ethno music artists from Uganda.

The organisers founded the festival on love, resilience, passion for music and shining light on Uganda, with a massive lineup of over 300 artists worldwide.

Nyege Nyege festival serves as tourism, a social and economic hub for Ugandans and tourists. Thousands of Ugandan youth come together not only to have fun but also to trade in arts, culinary, cultural and music experiences.