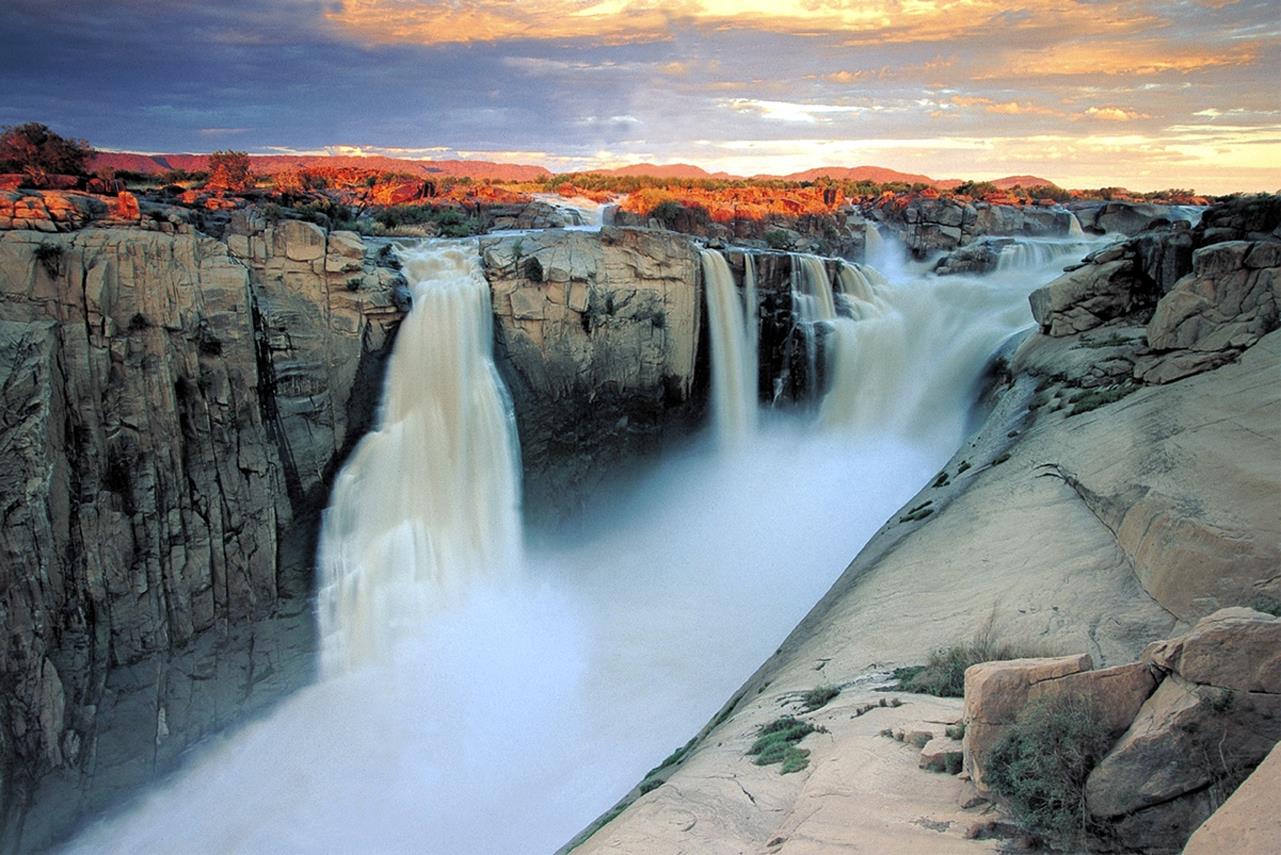 Augrabies Falls National Park is one of the many places in South Africa where your mind wanders endlessly at nature’s wonders.

The terrain of this area in South Africa’s Northern Cape region is dotted by rocks and an 18km abyss of the Orange River Gorge which gave birth to the fascinating Augrabies Falls in 1966 which is now part of the Augrabies Falls National Park. The native inhabitants of this region, the Khoikhoi, named the fall “Ankoerebis” meaning the “place of great noise” but it was changed to Augrabies by the Trek Boers who later settled here.

The Orange River, the largest river in South Africa, has played a pivotal role in the growth of Augrabies Falls National Park where quiver trees dot every corner of this park.

The park spanning over 28,000 hectares on the northern and southern end of Orange River has a diverse ecology supporting a host of species; from birds, reptiles to mammals. It is in this park where you sight the endangered black rhino usually not far from the company of springboks and gemsboks.

Leopards, black-backed jackals, caracal, bat-eared fox, African wilds cat and cape clawless otter are some of the wild animals found at the park while the slender mongoose, yellow mongoose, rock daisies have a reputation of thriving under harsh climatic conditions in this park.

Kokerboom, a plant growing in this park was used by Bushmen and San people in making quivers for their arrows. Black eagle and stork are bred in this park. Pygmy falcon, goshawk, rosyfaced lovebird and namaqua sandgrouse among other bird species all call the Augrabies Falls National Park home.

Besides the wildlife, Augrabies has scenic sites including the Augrabies Falls whose waters flow deep into the Orange River Gorge. Hiking, mountain biking and paddling are also available in the park which also has night drives during its peak season.