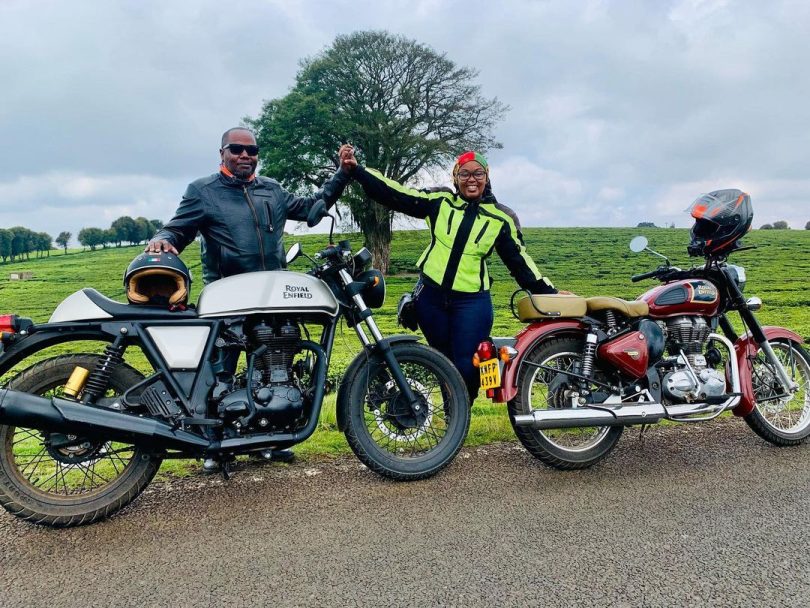 Kenyan biking couple Wamuyu and Dos Kariuki rose to fame at the height of Covid-19 pandemic for their love of adventure.

For them though, it’s a different kind of love nevertheless. These wanderlusts have it all on two wheels – motorbikes. The Kariuki’s got hitched in 2018 and one of the things they shared in common was the love for adventure. Even special is that they have an affinity for sport bikes and tying the knot meant more adventure.

In 2018, two months after walking down the aisle, they decided to tour the seven continents on their bikes. They resigned from their respective jobs to ease up on their bid to see the world differently.

Wamuyu told Reuters in a past interview that it is uncharacteristic of Africans to travel and engage in that level of adventure. She cited that most of it is done by Westerners. 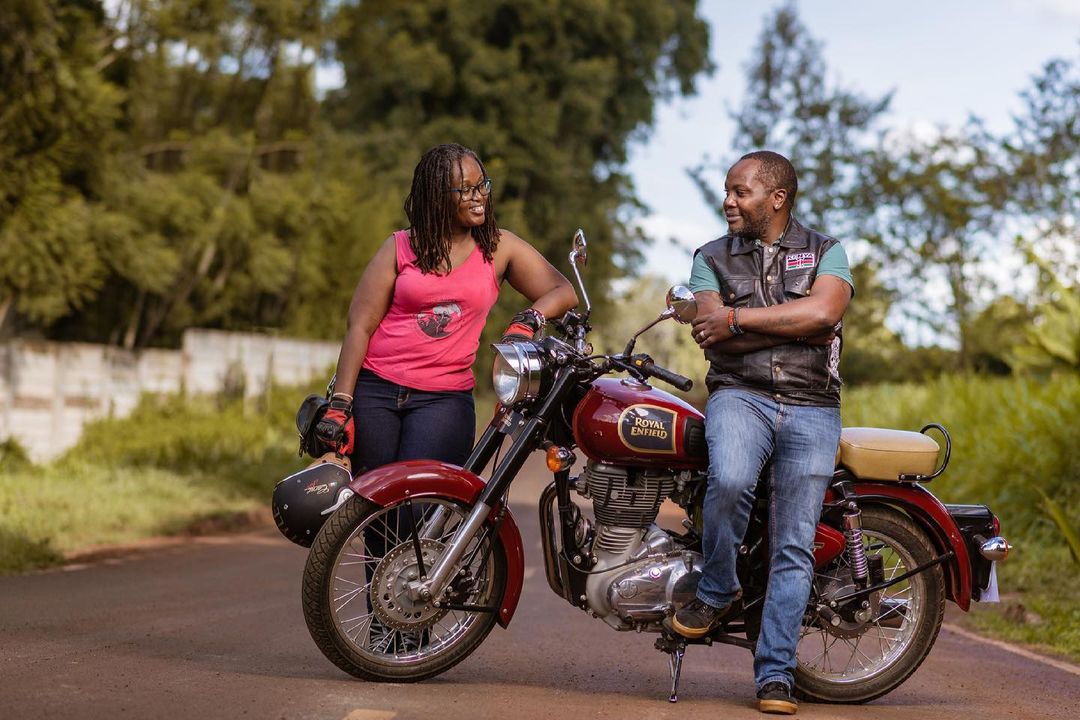 The 47-year-old further mentioned there’s a notion among Africans that it’s difficult to travel given the strength of the African passport. She says that though it [Kenyan passport] is not as robust as those of Americans and Europeans,  it is still feasible.

Did Wamuyu and Dos Kariuki Travel the World on Motobikes?

Wamuyu and Dos Kariuki are well travelled and planned to visit all seven continents in three and a half years. This journey started in 2018 but coronavirus pandemic halted their plans.

At the height of Covid-19 pandemic in 2020, the couple was in Nacargaua. But coronavirus pandemic was then hitting the world hard in March and many months thereafter.  Still, the two lovebirds had hope of heading into North America via Panama.

However, many borders shut down forcing them to make alternative plans. They spent four and a half months trapped in a cheap hostel in Managua, the capital of Nicaragua.  They only returned to Kenya in August 2020 when the country’s airspace opened up partially and international flights resumed.

Travelling across the world pushes the biking couple out of their comfort zone. Traveling has helped them discover new things, and take in the customs and civilizations of other nations.

How Many Continents Have Wamuyu and Dos Kariuki Visited?

In 18 months since tying the knot and taking off on monstrous-looking bikes for a world tour, Wamuyu and Dos Kariuki have a tall tale to tell. They made it across three continents; Africa, South America, and Antarctica.

Four months after the pandemic struck, they halted their journey to the remaining four continents and shipped their German speed bikes to Kenya. Despite this turn of events, the bike adventurers say the icy beauty of Antarctica awed them.

Secondly, the friendliness of Colombians despite the country’s terrible past are among their fondest recollections. Their takeaway is that the best moments in traveling are in the least expected places such as Columbia.

Their dream to continue with their tour of four other continent is still on because they motivate many other people.

What Does Wamuyu and Dos Kariuki Do Now?

To inspire more people, they launched Throttle Adventures, an Instagram page linking like-minded adventurers. It is a community for speed bike and travel lovers. They share experiences and network too.

Wamuyus implores that foreigners have been telling Kenya’s story for a very long time. Thus, on their motorbikes, they tell of Kenya’s beautiful travel to the rest of the world in a unique way. 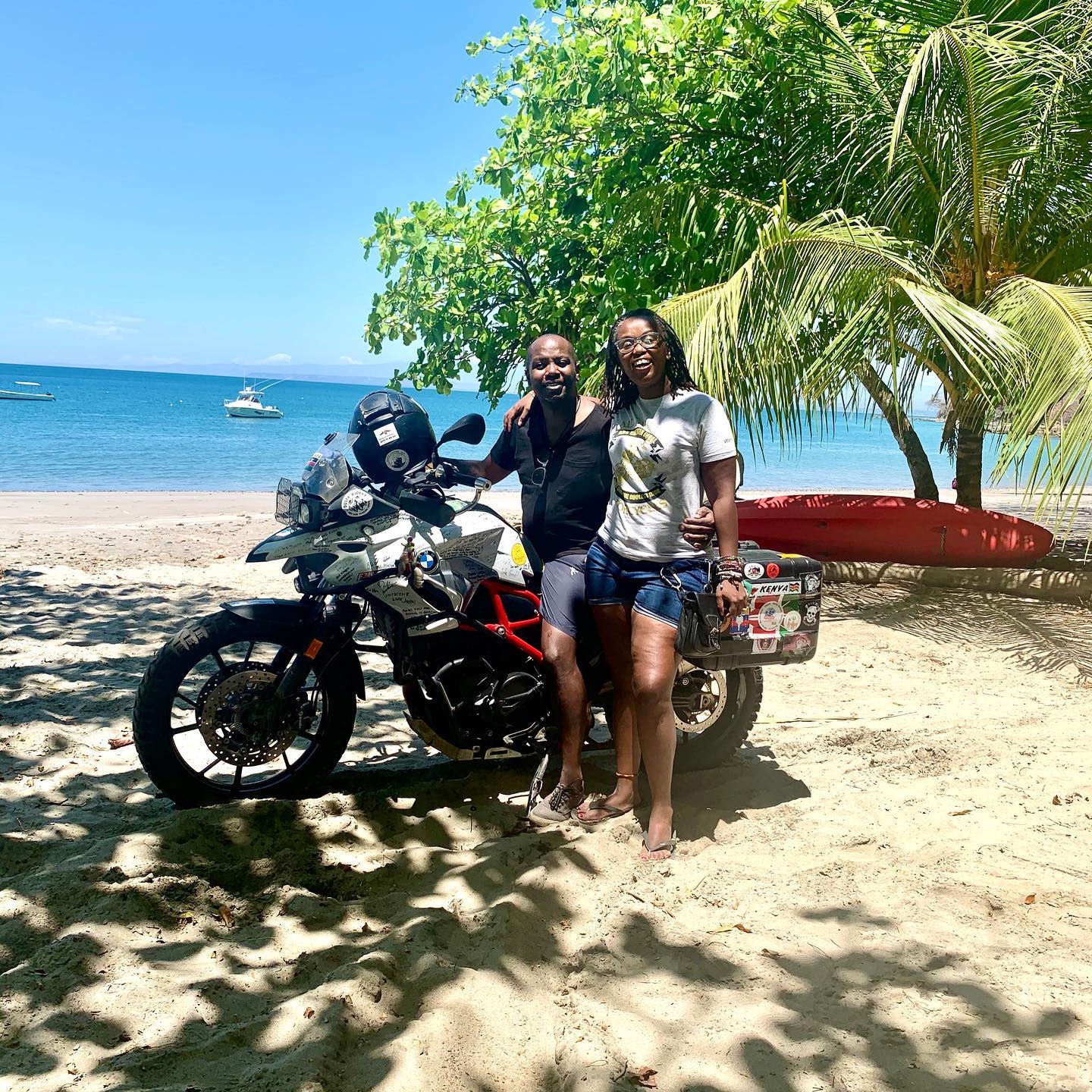 Contrary to the negativity about travel in Kenya, she adds, the county is secure, stunning, and the ideal vacation spot. Throttle Adventures takes it as a responsibility to sell the country as a top destination in Africa for vacationing.

A BMW F 700 GS is the beast of choice for them. Dos says it wasn’t their first choice either. They wanted the Royal Enfield but upon testing it they realized it is sluggish and unresponsive.

He cites that the BMW came in as a second option and it is fast, comfortable and easy to maintain anywhere in the world. In Europe, it is the most common bike for such arduous travel itineraries. It is not as heavy as other bikes even when carrying luggage because she does carry lots of t-shirts.

Biking has taught Wamuyu and Dos Kariuki different thing, one of them being diversity and the love beyond Kenyan borders. It creates a sense of humanity too according to Dos.