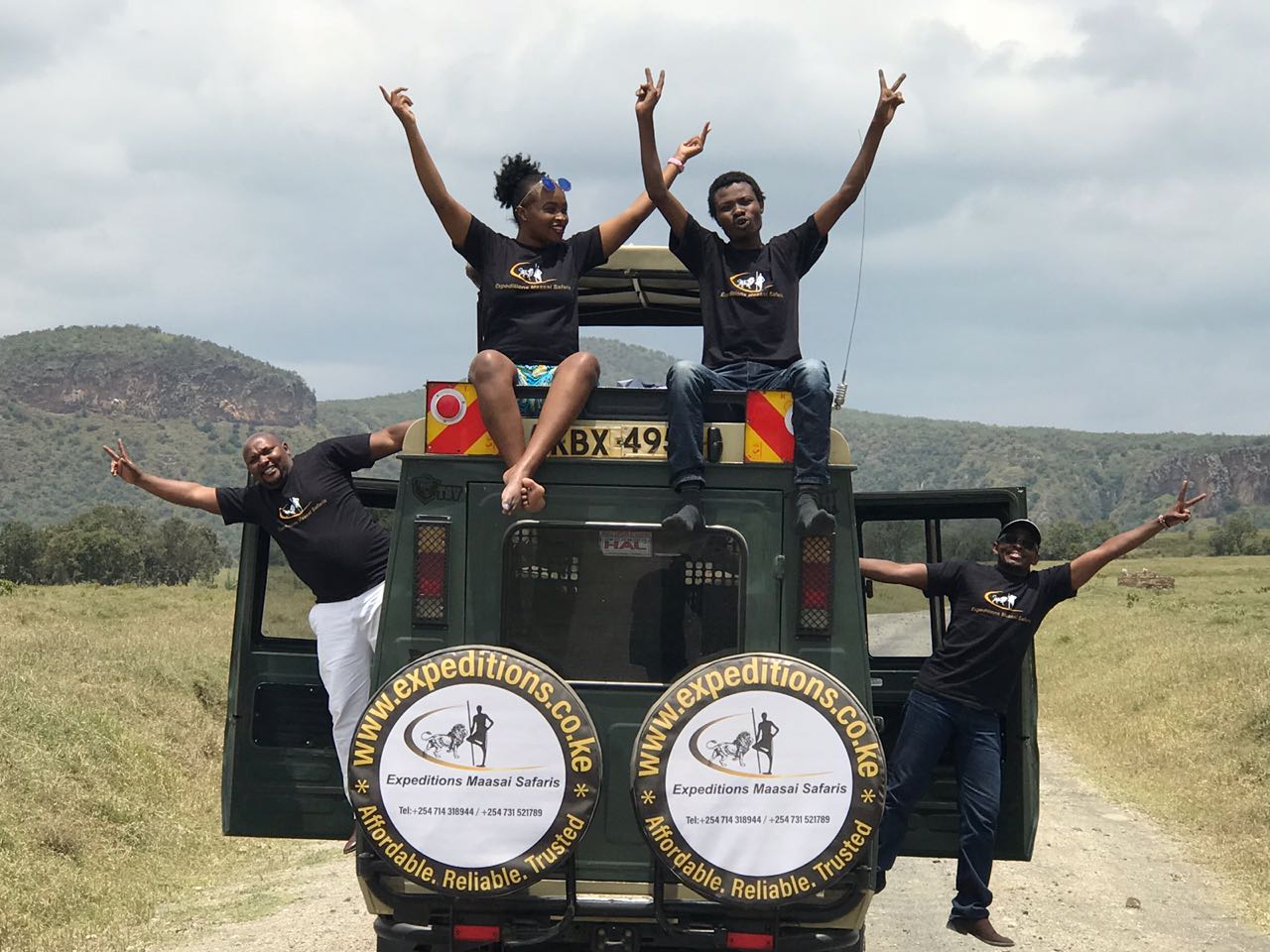 Karema who runs the multi-million tour business recalled that he started travelling while in his teenage years and out of this curiosity, he would follow his passion to the university where he pursued a course in tour and hospitality.

There is nothing greater in life than an idea whose time has come to be but sometimes, we never know how big our ideas could grow until we lay a foundation for them.
And this is a heartwarming story of Pancras Karema, the founder of Expeditions Maasai Safaris, a big name in Kenya’s travel and tour industry.
In a recent interview with Founder Connect, Karema who runs the multi-million tour business recalled that he started travelling while in his teenage years and out of this curiosity, he would follow his passion to the university where he pursued a course in tour and hospitality.
While in campus, he unknowingly organized several trips and his friends praised him for his sharpness in picking locations and putting everything together. He did this pro bono until his third year when he started cashing in on his tour skills.
After graduating, he combined forces with one of his partners whom he met while in the university and they got a small office in Nairobi CBD. Already, they had made networks with the students who kept their business afloat.
Seven years down the line, he looks back and has no iota of regret at all but explains that it was not an easy journey for the past couple of years. He started with no client at all but was a man oozing gallons of hope and this kept him on track in his vision.
His big break came in 2016 when Expeditions Maasai Safaris won the Social Media Award (Soma) and from this point, Karema says the tour company became an eye candy for corporates.
“You get that people come with zero clients then with time, they keep bringing each other,” he says adding “it was a big break that is in 2016 after winning the Soma. It was the big break because we got the first corporate client.”
When the first corporate client came in, his cash flow for the business, albeit with marginal profits, increased to a point he says this is the one time that he handled so much money for the business four years after its inception. The first corporate client paid over Ksh5 million.
This would teach him an important lesson that sunk his foundation further which was learning how to earn and retain the trust of his clients who would pay millions in advance believing that they will go on a safari as promised by the company.
Karema opines that from his business’ humble beginnings, he was able to get more clients from abroad because his first clients became his brand ambassadors by default which was inspired by his trustworthiness and on-point delivery of what the company promised.
“When you give value or when you meet your client’s need, you get that these clients will always become your brand ambassadors. That’s how we were able to grow,” he goes on.
The Expeditions Maasai Safaris founder notes that hitherto, his clients remain the company’s biggest marketers but has also invested in a high-powered team that has helped grow the company.
But how does he survive competition in an industry ruled by the underdogs while he is only a mid-sized firm? He answers with a lot of gusto pointing out that Expeditions Maasai Safari is unique, has a good marketing strategy and always meets the clients’ expectations. These are the three tools Karema has lived by in his business.
In 2018, Expeditions Maasai Safaris won the Company of the Year Award in the Small and Medium Enterprises (SME) category. This was Karema’s biggest moment in his life; he could not imagine what started as a simple skill in university would grow to become one of the biggest tour entities in the country.
In 2020, Karema won the Most Promising Founder Of the Year Award courtesy of FOYA Awards despite the COVID-19 pandemic which disrupted the travel and tour sector for over five months.
His lowest moment in business was during the lockdown and he had to shut down the company completely. However, when the restrictions were eased in August, his domestic market which has been the heartbeat of the company helped him get back to business.
Karima offers that while some other tour operators concentrate on the international market, he realized that the beauty of the industry lies in domestic tourism and Kenyans are also embracing domestic tourism too.
Facebook Comments