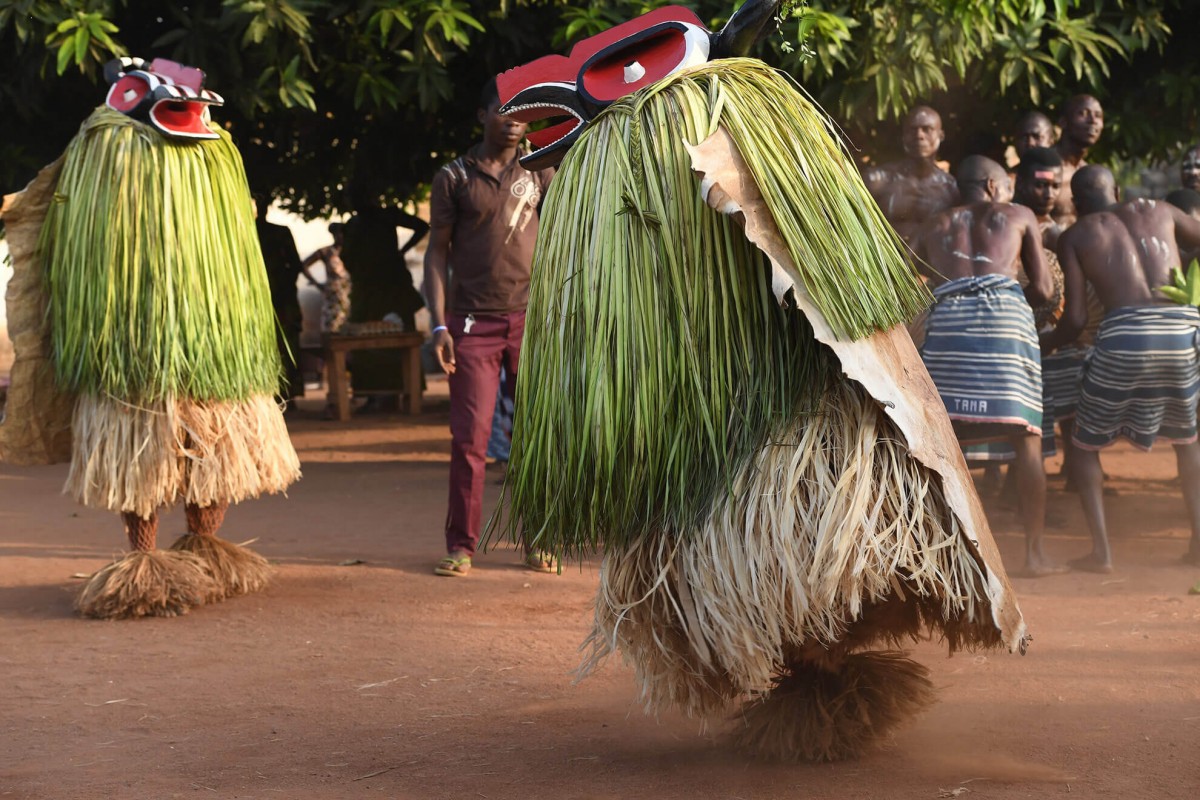 The Goli mask dance is one of the biggest and most revered festivals in Ivory Coast particularly in the region of Man which was once a hotbed of tribal-fuelled violence.

The three-day event is held in December every year and its intent is to appease the spirits in the forests and in the village where they (the spirits), in turn, bless, assist and protect the villagers.

So intense is the festival that there are rigorous dancing competitions held between villages in Zahibo located in the Central-western part of Ivory Coast. Initially, every village would hold its Mask Festival until violence rocked them and they were forced to hold the event in Zahibo where dancers from 10 villages converge.

Women start to dance and sing sometimes in advance to beg the masks to come. Afterwards, the women then welcome the masks, fanning them with scarves and dancing joyously. Kple Kple masks are exclusively are called in the time of danger or during funeral ceremonies

The dance has been hailed for uniting the people of Ivory Coast who have been fighting following increased cases of tribalism fuelled by politics.

They say that through the festival, they have realised that though they are from different communities, they share so much in common.