Luxury safaris in Tanzania are like no other. Witness the Great Migration across the Serengeti, conquer Kilimanjaro Mountain, sink into the Ngorongoro Crater,  and watch the hippos in Lake Manyara. You also get to tick off Africa’s Big Five.

After the adventure in the wild, relax on the island beach resorts of Zanzibar; that’s what luxury is all about. Tanzania is Africa’s visual masterpiece with natural splendour, stunning wildlife, seductive beaches, and geological wonders.

Visitors see the mighty herds of the Great Migration thundering across the Serengeti plains. They then end their unforgettable luxurious safari with a serene beach holiday in Zanzibar, the intoxicatingly beautiful and exotic Spice Island.

Which Safari is the Best in Tanzania?

Ngorongoro Crater-Haven for the Big 5 is the best safari in Tanzania. The park’s renowned for delivering the easiest Big 5 sightings in East Africa.

In addition, the Serengeti has a different package for luxury safaris in Tanzania. Beyond the breathtaking wildlife, there are splendid hotels and lodges in the park to better your experience.

How Much is a Luxury Safari in Tanzania?

How much a safari in Tanzania typically costs depends on where you are, and your preferences.

So, you can work your budget around these figures when looking at visiting Tanzania.  Few places can compare to Tanzania’s natural splendours and cultural heritage. Its incredible diversity and mind-boggling numbers of rare and exotic wildlife draw many visitors annually.

If it’s your first safari in Tanzania, the northern parks combining the Ngorongoro Crater and the Serengeti National Park are great options. They have reliable wildlife sightings.

Suppose you’re hoping to catch an up-close look at big cats in massive numbers of wildebeest, Tanzania is a great pick. You also get a rare chance to see the area’s native fauna set against the most spectacular scenery. In that case, we are here to guide and recommend an accurate safari that is perfect for you.

Keep reading to find out how to get the most out of your luxury safaris in Tanzania. 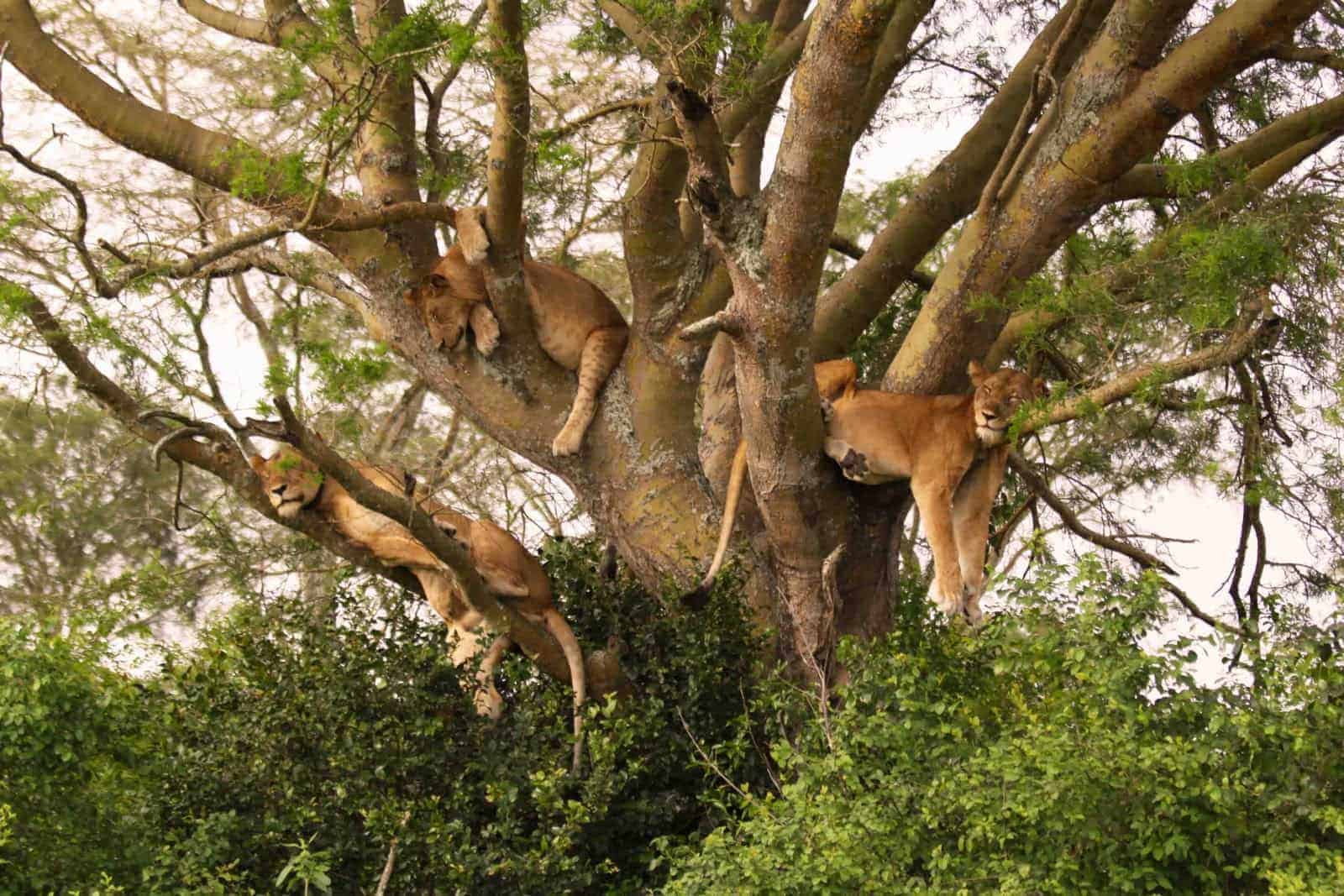 The park is home to a range of heavy-weight species, including buffalo, giraffe, elephant, leopard, and its famous tree-climbing lions. Lake Manyara is an outstanding bird-watching spot too.

You will surely see pelicans and flamingos flocks in the middle of the lake. The floodplains, woodlands, and thick evergreen forests are equally vibrant. 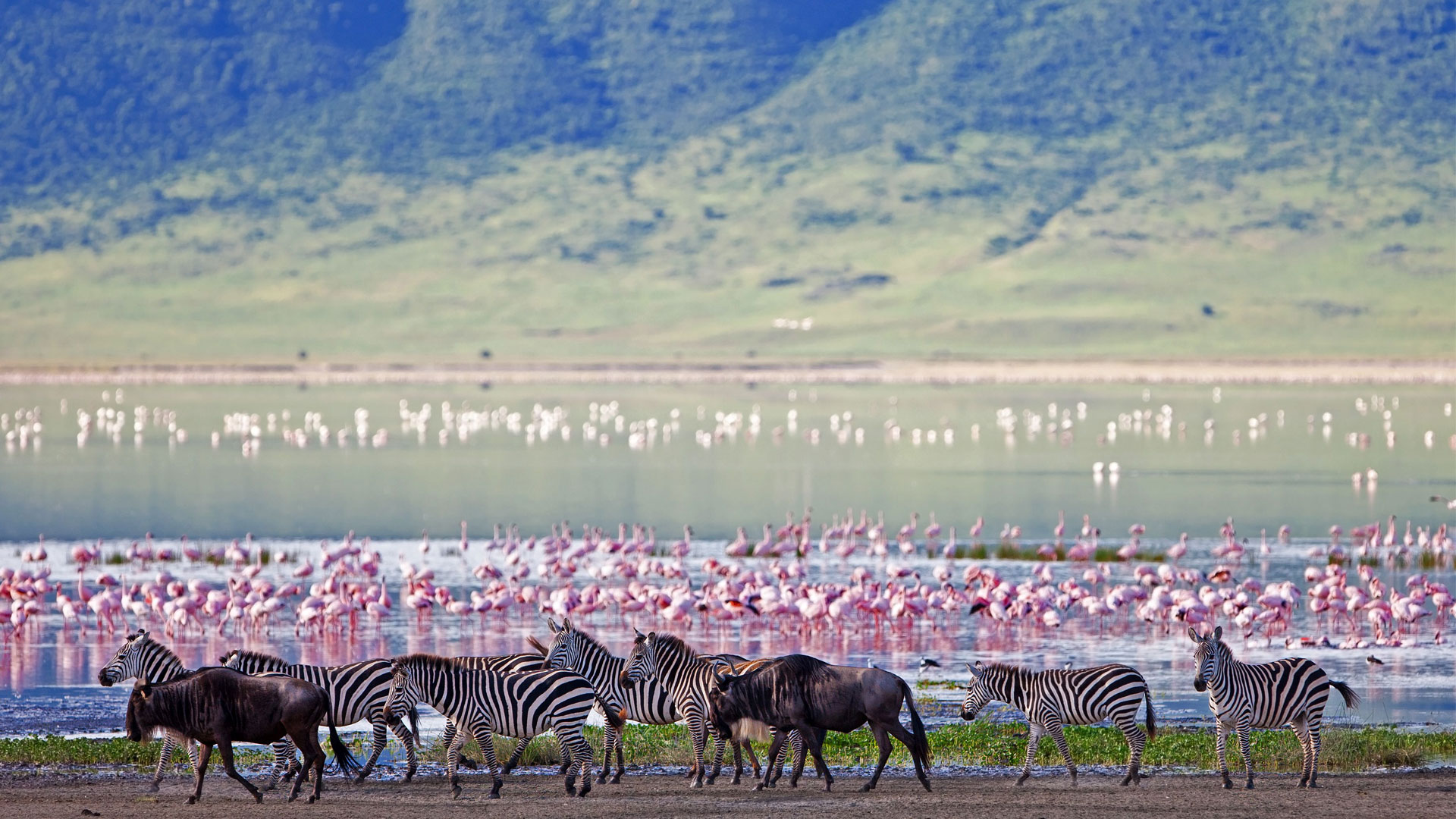 Take about 30 000 animals, and place them inside the crater of an extinct volcano. Add wetlands, forests, grasslands, and some cliff-top accommodation, and the result is the Ngorongoro Crater.

This superb luxury safaris in Tanzania destination offers excellent game viewing in an unbelievably unique setting. Ngorongoro is famous for the most accessible and reliable Big 5 sightings in East Africa.

The crater is a haven for the Big 5 in Tanzania, and it provides what is arguably the best safari in Tanzania.

Synonymous with safari, the Serengeti is where to go for luxurious safaris in Tanzania. Enjoy game viewing in Tanzania at its most dramatic.

The Serengeti’s sheer size, accessibility, and top-quality lodges and camps make it a top destination in East Africa.

Crown your Tanzania luxurious safari experience with a stay on Zanzibar’s Spice Island. It’s perfect for both families and honeymooners.

Zanzibar is where you go for glorious beaches, coral reefs, and traditional boat trips at sunset. Tanzania’s other Indian Ocean islands, such as Pemba, Mafia and Chole won’t disappoint either.

These superlative beach holiday destinations have superb diving and exclusive boutique accommodations pampering you to the fullest. 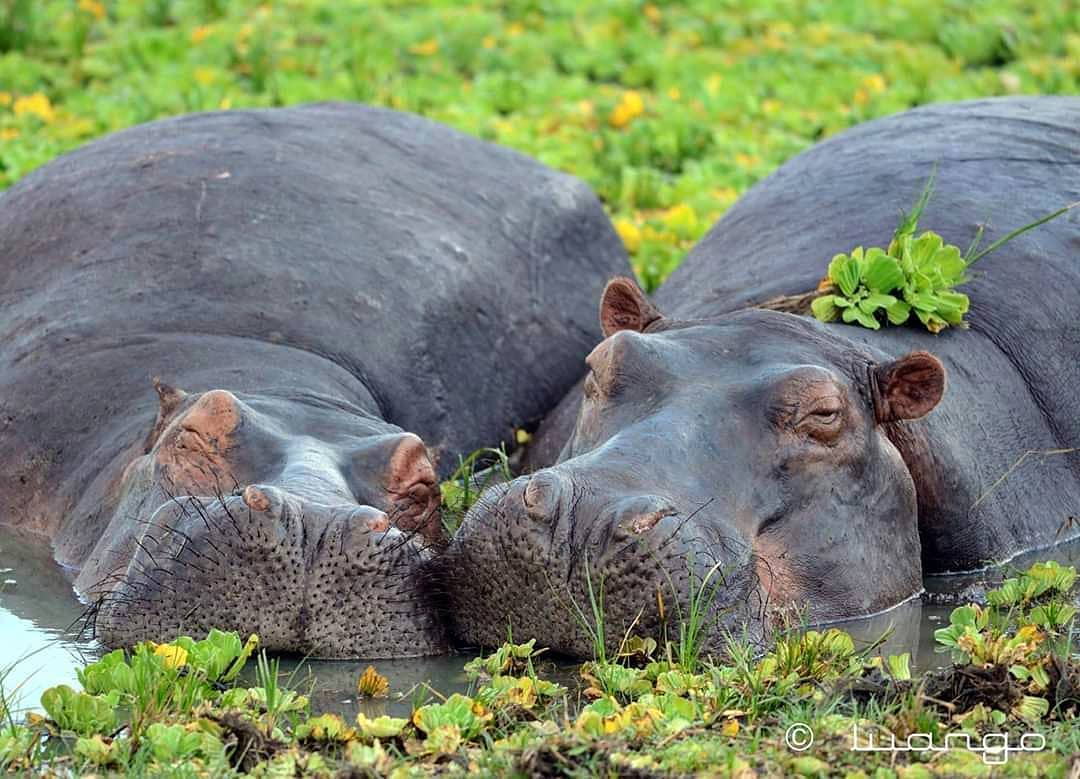 Selous is a wild dog Sanctuary and one of Africa’s largest game reserves. Its lifeblood, the colossal Rufiji River, forms a sophisticated network of channels, swamps and lakes. This is one of the most magnificent ecosystems. 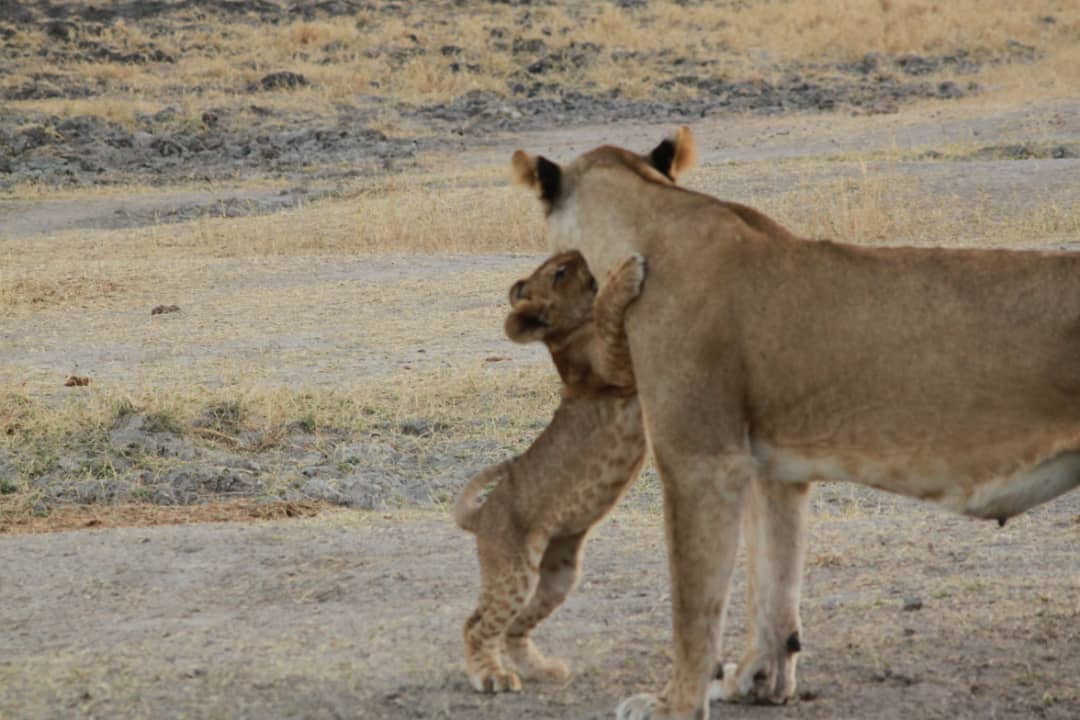 Ruaha’s wild and unbridled character sets it apart from other luxury safari destinations in Tanzania. This hidden gem is the country’s biggest national park and with a handful of safari camps, despite its size.

You won’t see many tourists around—only plenty of animals, such as buffalo, giraffe, kudu, sable, roan, lion, cheetah, and leopard. Ruaha is home to Tanzania’s biggest elephant population and a stronghold for extraordinary African wild dogs. 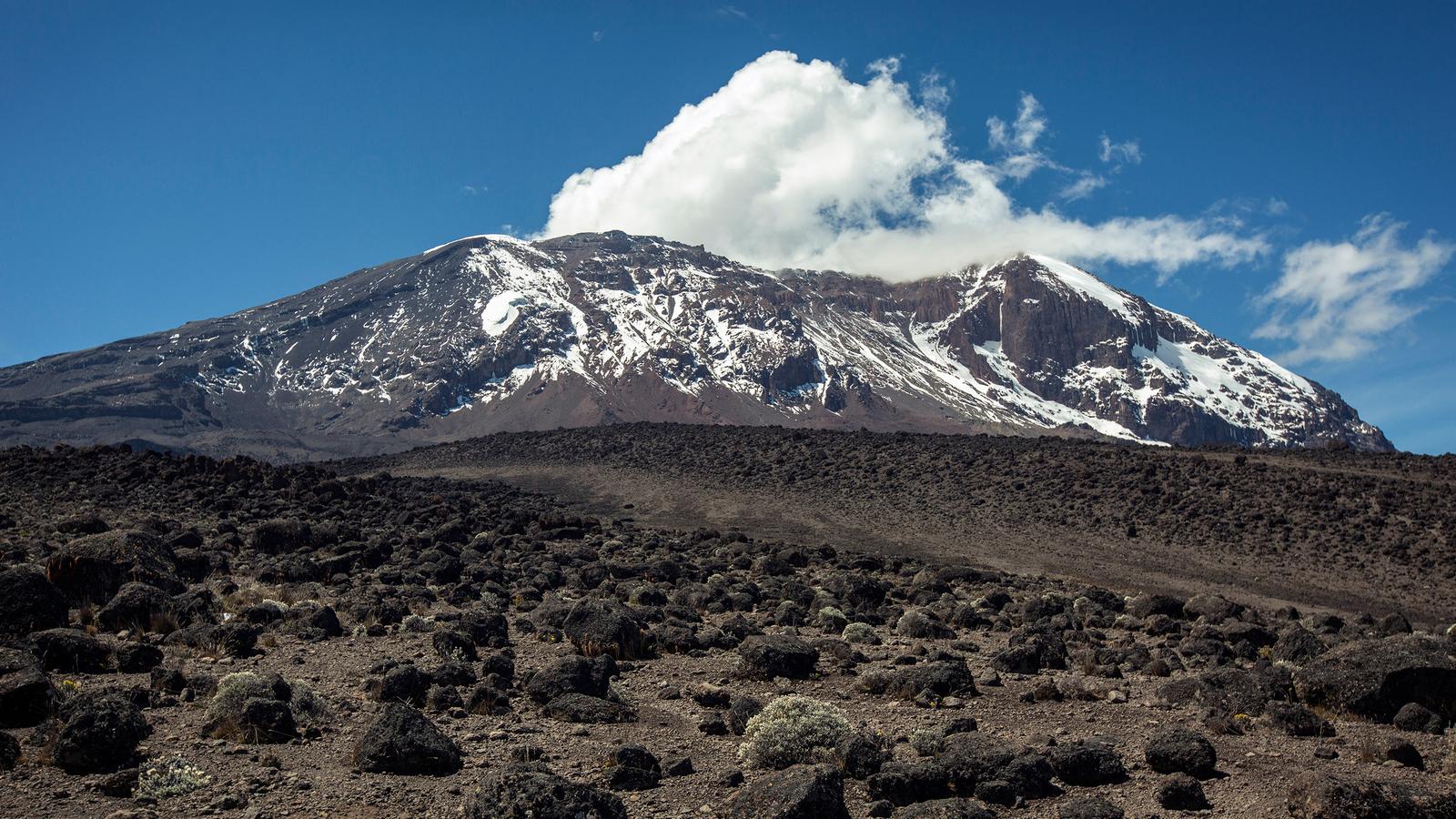 Whether you are content with standing in its mighty shadow or yearning to climb to its icy summit, Mt Kilimanjaro is iconic.

At 5 895 metres, Kilimanjaro is Africa’s highest mountain and the tallest free-standing on the planet. Its snow-capped peaks are more accessible in the dry season between July and October,  January and March.

No climbing technique is required. However, organising and executing a hike on the tallest summit requires a fair amount of logistical planning.