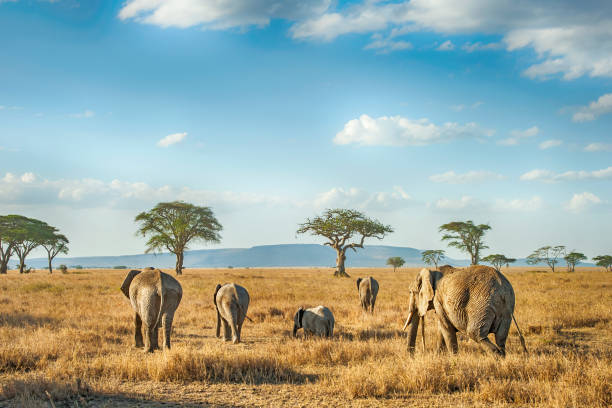 International footballers are always looking out for the best of places for a vacation. And in yesteryears, Tanzania’s Serengeti was and still is a top-to-go-to destination.

Serengeti National Park has not only hosted big names in the international celebrity scene but footballers as well. English Premier League player David Beckham led the pack of international footballers in visiting the Serengeti.

He was together with his wife, Victoria Beckham. Weeks after leaving, some of his peers in the leagues thronged the Serengeti. Mamadou Sakho, a former Liverpool player, could not have enough of Africa without a maiden visit to the Serengeti. It was a big show for him on his vacation to Tanzania. He shared great moments with his fans across the world via social media.

As Sakho flew back to London, former Everton star player Morgan Schneiderlin jetted into Tanzania for a vacation. It was just months after Beckham’s visit. The thrill of being in the African wild, favorable weather, and friendly people could not just pass him. Just like his other peers, his main highlight was Serengeti National Park.

Serengeti National Park is one of the world’s renowned wildlife sanctuaries with thousands of wildlife. The  ‘Serengeti’ comes from a Maasai name meaning the ‘endless plains. It characterizes the topography of the vast national park covering approximately 30,000 square kilometers.

Serengeti National Park has three sections; Central/Southern Serengeti area being the most popular. This region is also known as Seronera Valley, a savannah with acacia trees and enjoys a high population of wildlife. Most lodges in the Serengeti are here.

Then there is the Western Serengeti area, where the Grumeti River flows and has a dense forest and thick bushes. The Grumeti area is the least visited part despite its rich biodiversity courtesy of the Grumeti River.

It is the primary source of water for wildlife in the park. Grumeti River crossings are astonishingly magical and scenic. The fat they remain untouched by human forces keeps their allure all year round.

Then, the Northern Serengeti area borders Kenya’s Maasai Mara Reserve. It is home to millions of wildebeest crossing to and from Kenya’s Maasai Mara. It is an unexplored migratory corridor but with beautiful landscapes and incredible wildlife sightings.

Between July and November – a dry season – northern Serengeti is eye candy for game viewing.

Serengeti’s ecosystem is an important feature that supports climatic conditions that augur well with vegetation growth in the vast forest. Across the world, Serengeti has the most enormous population of lions and over 500 bird species. The rivers traversing across the park support the existence of massive crocodiles and hippos.

Lions, elephants, hippo, the rare oribi antelope, zebras, and giraffes are resident wildlife in the north. 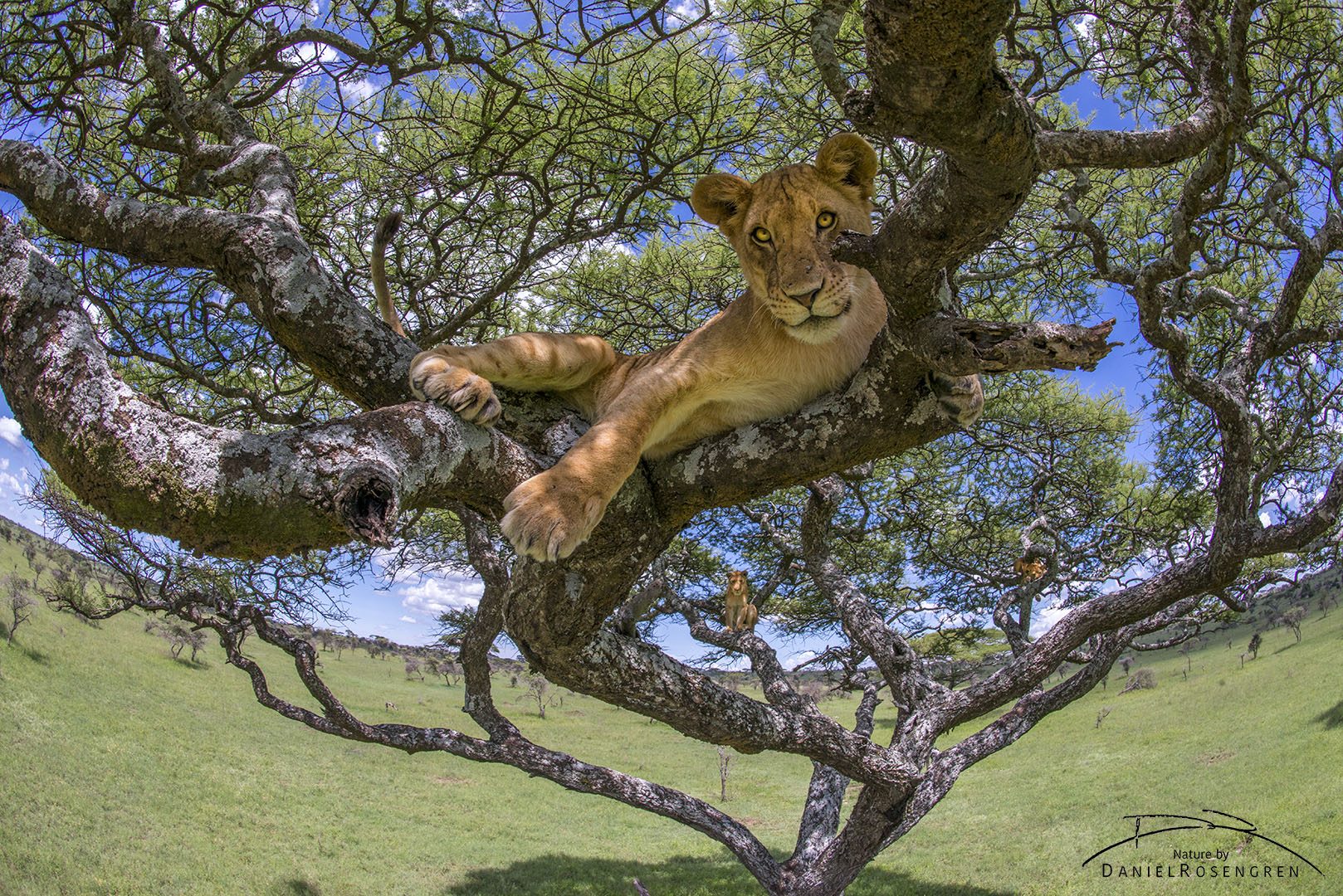 A lion at the Serengeti National Park. [Photo by Daniel Rosengren]

Serengeti has vast grasslands, scrub, and open woodlands, which have greatly supported the survival of lions in Tanzania. It offers a fantastic safari into vast, open grassland graced by two million wild animals.

The Serengeti is a sanctuary for the lions due to the abundance of food and water. The pride will have about 30 lions; 3 males, a dozen females, and cubs. A large pride controls a big territory that is fought for and guarded by the male lions. So powerful are these lions that you can hear their roar 8km away!

Female lions are the primary hunters and feed other lions in their pride because of their agility. Once the prey is down, the males eat first, and then the female lions follow, and the cubs last.

What’s saddening about the lions of Serengeti is their short life compared to other lions in other parks across the world. This is partly because of the treacherous nature of Serengeti. An adult lioness has a lifespan of 19 years, but the male lion is not so lucky; at most, he dies at the age of 12