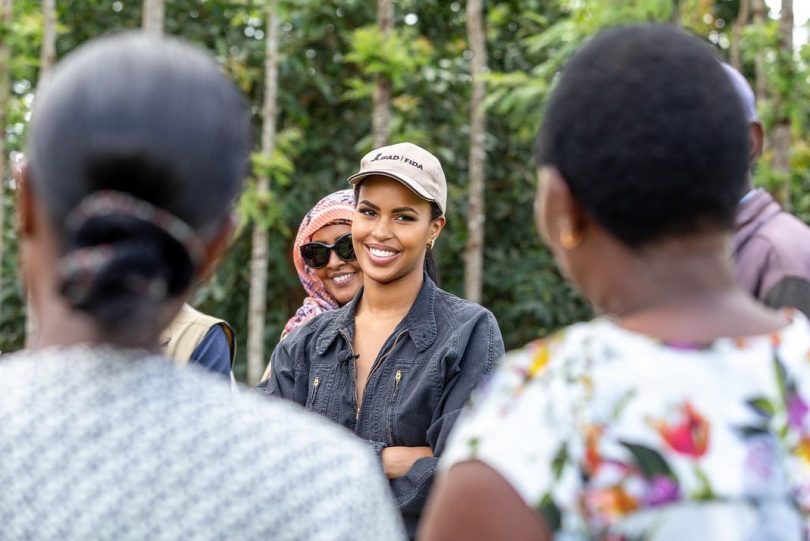 She toured rural Kenya, deep in the interiors of Embu County in Central Kenya. She took a tour of agricultural initiatives supported by the UN Fund for Agricultural Development.

Here, scores of women welcomed her with their signature ‘Firirinda’ dance. Sabrina couldn’t hide the awe from her face as she shook a leg with her host of the day.

She shared photos on her Instagram page describing her meeting with women from rural Kenya as incredible.

“We spent the day on the field in beautiful Kenya which is my second home. It’s been really enlightening to see what I have always believed in that the rural community in nations and in continents like Africa work really hard if not harder than everywhere else,” Sabrina stated.

The UN Goodwill Ambassador for IFAD first came to Kenya in the company of her husband in 2021. They went to an exclusive hotel in Kilifi where they stayed.

Who is Sabrina Elba? 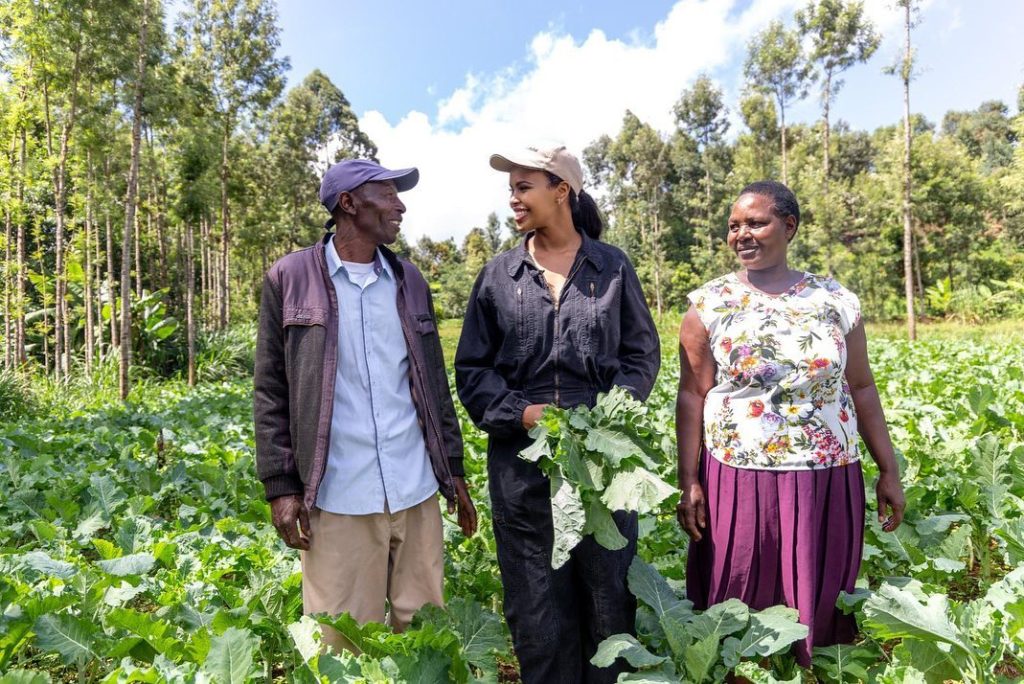 The former Miss Vancouver won the pageant in 2014. The 33-year-old became a professional model for Harrods and Versace after her pageantry career.

She was the subject of widespread media speculation about her love feelings for Idris. The couple tied the knot in 2019.

How Much Older is Idris Elba Than His Wife?

In an interview with British Vogue, Idris Elba said that he and the actress had love at first sight. In 2017, the two happened to run into each other in a Vancouver jazz club for the first time. 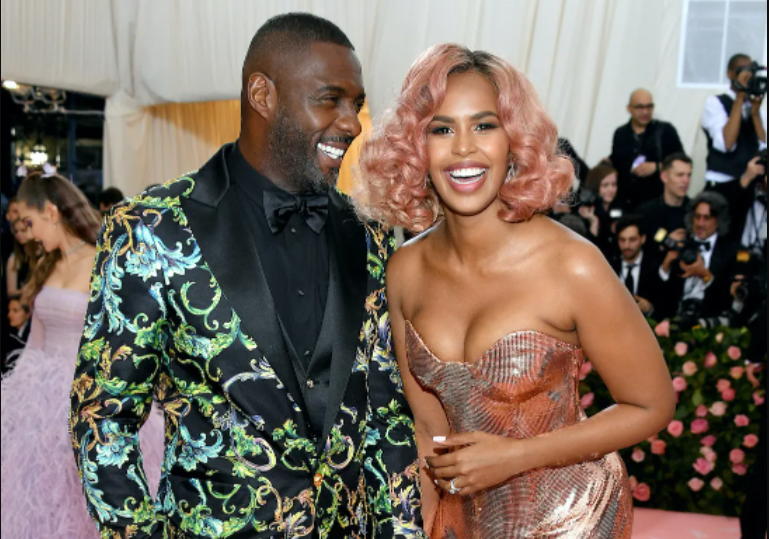 Elba was filming The Mountain Between Us at the time, and Sabrina was there to celebrate a friend’s birthday. She explained on the Just the Sip podcast that she was arranging for a love encounter between her buddy and Idris. Later on, however, things swung around.

They both had a wonderful discussion and stayed up all night talking. They became inseparable after that.

With the Toronto premiere of The Mountain Between Us, the couple made their engagement official. In London’s Rio Cinema, Elba proposed to Sabrina Dhowre Elba in February 2018 before wedding a year later.

Does Sabrina Dhowre Elba Have Kids?

The actor and Sabrina Dhowre Elba had their first child in 2021 after wedding in 2019. The pair, kept their family plans a well-guarded secret since they first met in 2017.

However, Elba has two other children, Isan Elba and Winston Elba from his previous marriages. He and his first wife, Hanne Norgaard, a Danish beauty entrepreneur, share Isan who is now 20 years old. They were together for four year, 1999 to 2003.

He would then father Winston with Naiyana Garth, his them makeup artist. 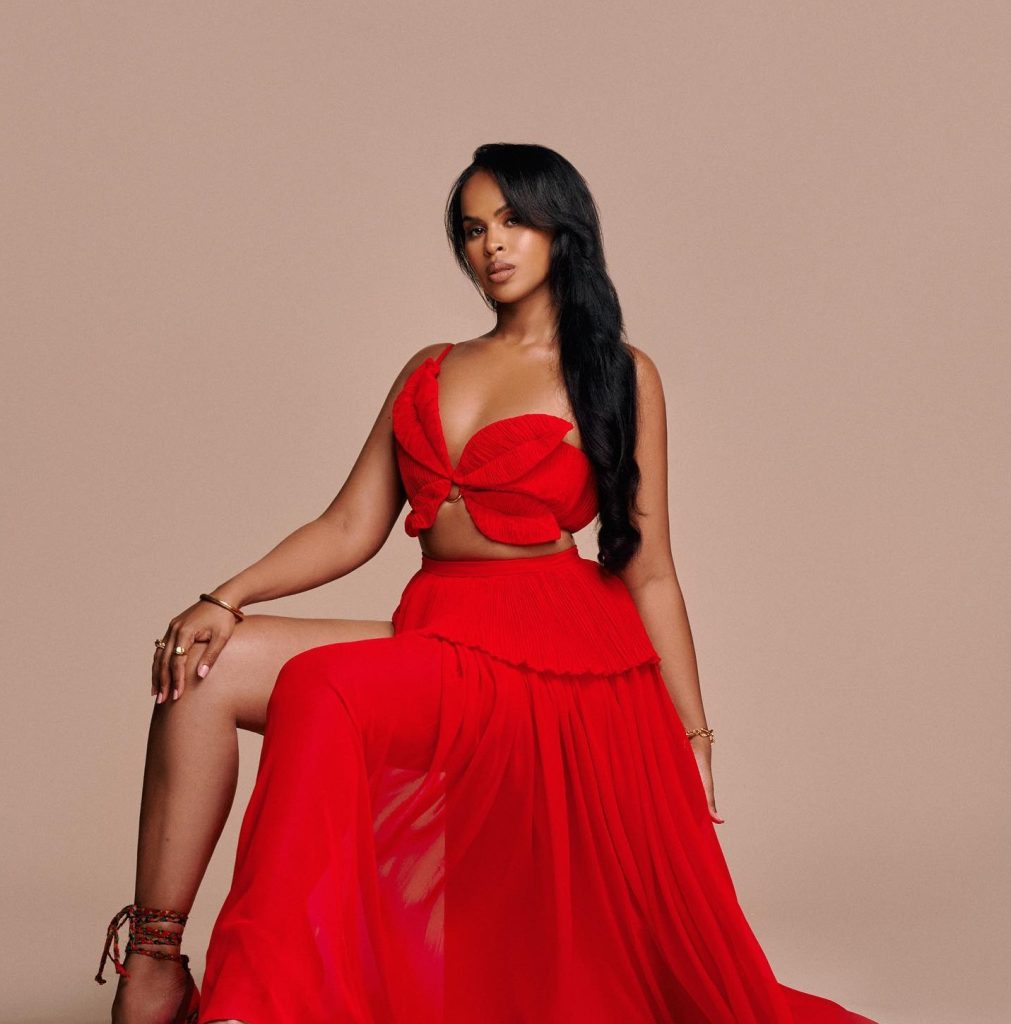 Sabrina Dhowre Elba is an Afro-American with deep roots in Somali and was born in Canada. The Howard University graduate credits her mother Maryam Egal for pushing her towards humanitarian work.

She told the Guardian in an interview that she is well-versed with rural life and all she wants is help women in Africa.

The celebrated model credits her success in life to the experience she has about life in African rural areas.