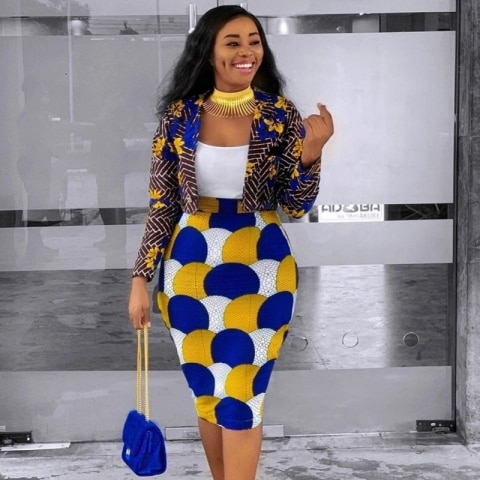 The history of dashiki popular in West Africa is more than a celebrated fashion brand. It has a political undertone, African innovation, and signifies the zeal of black resistance in Africa. So, the next time you spot someone wearing this apparel, know they are carrying Africa’s honor on their back.

Dashiki is a Yoruba name meaning shirt or inner garment. It is made of cotton and is a unisex traditional attire for the Yoruba people and often comes in colorful designs. The garment has both formal and informal versions with its formal version coming as a fully-tailored suit. The informal version comes as a V-shaped collar shirt with embroideries on the neck and sleeve lines.

For a true Yoruba son/daughter of the soil, dashiki is the signature cultural attire. Although it traces its roots to Eastern Ghana, the Yoruba people identify themselves with it – they are the custodians of dashiki history.

Dashiki History and Symbolism in Africa

You barely go unnoticed anytime you rock a dashiki because it is purely African. It’s a loud statement of Africa’s unmistakable innovation in the fashion industry.

Over and beyond its appreciable look, dashiki history leans so much into its political significance back in the day. It reminds Africans of black slavery and the pain her ancestors went through when they were hauled to North America in chains.

In the 1960s and ’70s, dashiki’s dominion was amplified by the Civil Rights and Black Panther Movements. And it was then that people of African American descent started wearing dashikis as a way of promoting African culture and rejecting westernization.

Onwards, this design became a Black man’s pride and a celebration of the West African culture. Today, an African American rocking dashiki sends a strong message as a daughter/son from Africa. It has over the years shaped the politics and philosophy of black people.

Dashiki and its Sense of African Identity

Another aspect of the dashiki history is its deep sense of African identity especially among people of color. The notion of identifying as an African in the west has and was always a longstanding debate since the times of Malcolm X.

When Civil Rights and Black Panthers kicked off Black advocacy in the ‘60s and ‘70s they reinforced Malcolm X’s philosophies. And in a somewhat intriguing manner, they got to celebrate Nigerian music icon, Fela Kuti.

This fueled a deepened sense of the dashiki as African identity apparel. Much better is that it brought to the fore the civil philosophy of Barrack Obama’s much-talked-about ‘Promised Land’.

Ideally, wearing a dashiki also honors African forefathers who for more than a century couldn’t embrace their African roots.

When Dashiki Culture Was Threatened

Although the dashiki history and culture were always a force to reckon with, its adoption by the whites posed a huge threat. Counterculture formations embraced dashiki at the height of its political potency in the ‘60s and left it almost diluted. The sense of Black identity was almost wiped out but stuck for one thing; it was authentic.

Here’s the thing. When the whites embraced the garment, it had no cultural significance – it was all about aesthetics. For this reason, it surged above the tide to remain authentically African-driven and inspired.

Black intellects played a huge role in ensuring that dashiki’s true meaning did not wane in the face of polarization. They spoke of its relevance to their communities in the west and warned about trivializing its significance.

Today, it is a major seller in fashion appearances across the world due to its longstanding cultural relevance and aesthetics.  Wherever it is worn, it leaves an impression of a distinctive African who is proud of their culture. It sums up the celebration of the African culture home and away.

In the African spirit of ‘black is beauty’, dashiki represents the beauty of a people, their culture, and way of life. This is just more than dashiki history. For the Yoruba, besides promoting culture, the garment speaks volumes of their norms and traditions. Remember, they are Nigeria’s third-largest tribe with an estimated population of 44 million people. 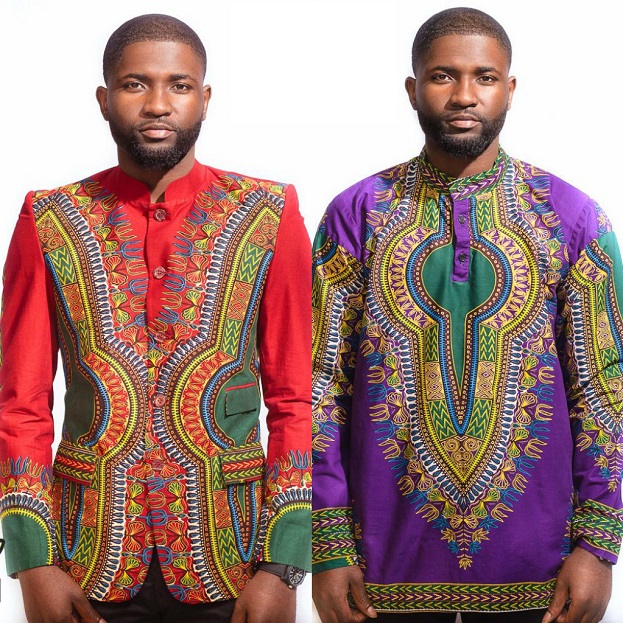 Dashiki – traditional clothes of the Yoruba people in Nigeria [Photo by Afroculture.net]

In a Yoruba cultural wedding, purple, blue, and grey dashiki are common colors, each representing a set of values for the community. Grey stands for tradition while purple represents royalty to the African culture. Blue stands for harmony, love, and peace. Black and red are regarded as the official colors in times of mourning.

Dashiki is simple and easy to wear and remains fashionable among men and women due to its unisex nature, various colors, and pattern.