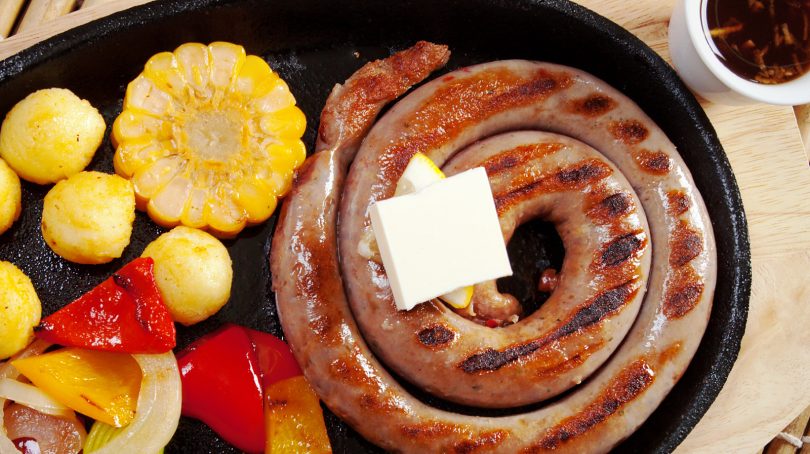 African has lots of delicious street food ranging from grilled meats to vegan alternatives such as roasted corn. And they all have an interesting back story that, if you dig deep enough. Africans love meat dishes, and any visit to a market will reveal evidence of this. On a walk through most Nairobi markets, you will encounter a famous African sausage known as Mutura.

This sausage is a revered delicacy in this world, but it is very polarizing depending on your vantage point.

Mutura is Kenya’s version of the English black pudding. Yes, it is a spicy African sausage.

Goat, lamb, or cow intestines with goat meat, blood, vegetables, spices, and fat. Made up of aromatics such as ginger, onions, and garlic, Mutura gives a distinctive aroma while roasting on the open fire.

The addition of good chilies powder provides this sausage with a kick that will leave your mouth with a zing. This hot kick can leave your eyes watery if you are not in the world of spicy foods. Weeping as you eat this flavorful sausage is a widespread occurrence.

The Origins of Mutura

The origins of Mutura are from the Agukuyu community. Here, this spicy sausage is a delicacy eaten after the ritual slaughtering of a goat. Ideally, Mutura is for special occasions such as weddings, dowry payment ceremonies, and other ceremonies that include killing a goat.

As African culture dictates, men have the responsibility of slaughtering the animals. Certain meats are prepared and consumed at the slaughtering site, and Mutura is one of them. Ironically, Mutura was crafted by men and only to be consumed by the women.

After slaughtering a goat, the blood goes in a pail or salt container. The salt preserved the blood’s jelly-like consistency, preventing it from clotting.

The neck and back of the slaughtered animal were sliced into small pieces and cooked with eggplants, carrots, onions, coriander, carrots, bell peppers, chilies, and bitter herbs.

The surplus fat beneath the animal’s skin and tail would then go into this combination with the previously collected salty blood. The entire thing would fry over low heat. This combination, once cooked, is what would go into the intestines.

Before putting anything into the intestines, you have to clean them. They did this using a method known as kumiria mara (Kikuyu to mean cleaning the intestines) . They stuff unprocessed food in the intestines from the stomach end to the rectum end and then clean the tubes.

This procedure eliminated the need for piercing the intestines. Nowadays, a hose goes to one end, and water is pumped out of the intestines—the joys of modern technology.

After stuffing the intestines, the mutura was either roasted directly or boiled with the goat’s head and lower legs. After that, the sausage was roasted until the exterior reached a golden brown color. 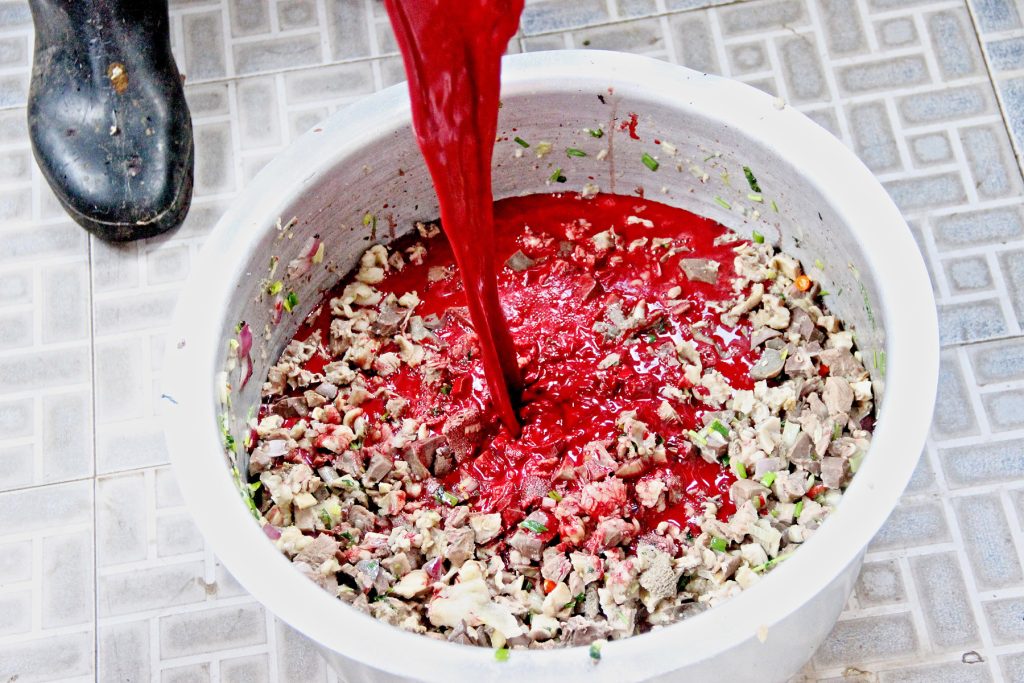 How Mutura is made. Photo/ VICE

Mutura is now A fabric of society

A lot has changed since the days Mutura was merely for ceremonial purposes; it is now a popular street food. This came to be due to the effects of colonialism. The Agikuyu people were grouped with other tribes by the colonial administration. Eventually, these segregation policies led to the mixing of cultures and customs. The result is Mutura has become part of the fabric of Kenyan society.

Remember how Mutura was for women and only on special occasions? This was probably for the best because it is a calory rich food. Now men consume it during drinks or as a snack on their way home.

It has ruined a few appetites leaving a few wives angry as to their husbands are eating less at home. But the biggest problem is how Mutura is responsible for a lot of food poisoning in Nairobi.

Mutura was from a clean home environment and cooked through. More importantly, it was for people who would have washed their hands and served on clean plates. Now unscrupulous traders do not follow any health standards and are a health risk.

The University of Nairobi had a study that highlighted the presence of “staphylococcus, bacillus, streptococcus, proteus, and E. coli organisms” in meat products sold on the streets.

Not only do people eat Mutura in unclean places, but they are also unlikely to have washed their hands. Because one cannot wait to get home because of the high-fat content, Mutura should be hot when eaten. 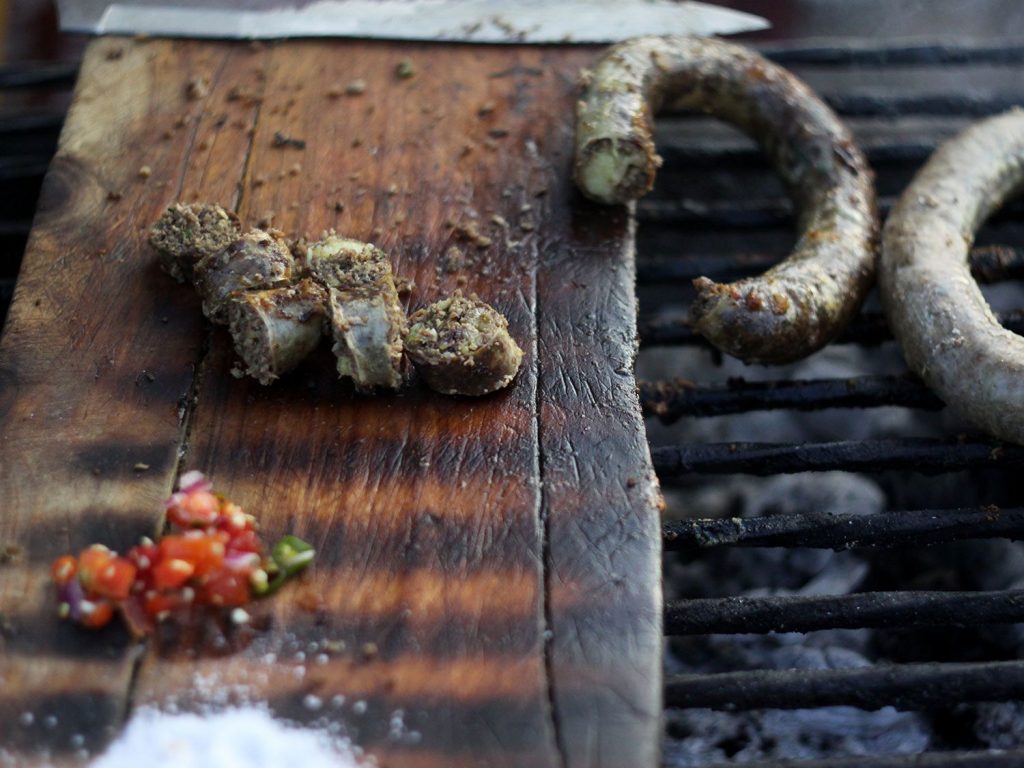 Nairobi has a love-hate relationship with Mutura, and it is unlikely to go away anytime soon. With time who knows the possibilities of making this humble street food more sustainable.

Food standards for the vendors? Maybe some bright spark will come up with a delivery service so that it is not solely in the dusty streets? All we know is that sizzling brown sausage is going to be around for some time to come.