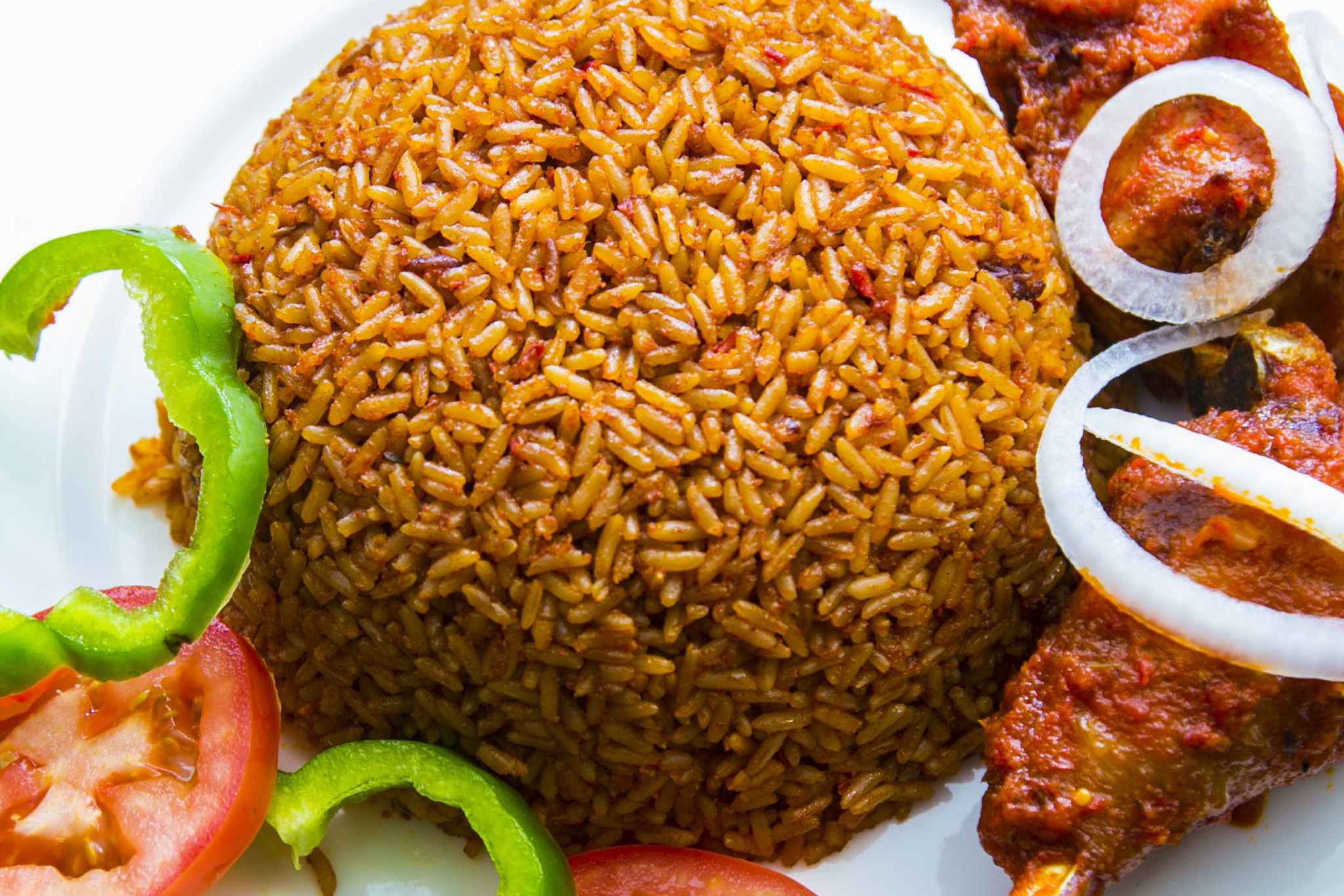 The African food menu is extensive and unique. Each region, from the west to east, north to central, has a speciality. Most of the dishes here comprise stews and curries. They come with meat, vegetables, and milk being some of the assorted ingredients in most of them.

The list that follows gives a detailed guide of a few of the delectable dishes the continent has to offer.

Fufu, one of West and Central Africa’s famous foods, has a complex preparation process. And it definitely ranks top of the  African food menu. They make it by pounding unripe plantains and cassava using a large wooden pole, then mashing the mixture while adding water. Upon smoothening, they then roll it into small balls. Since fufu has a bland taste and a gummy texture, it goes with light soup (made of fish or meat). The soups can be palm nut soup or groundnut soup for added spiciness. 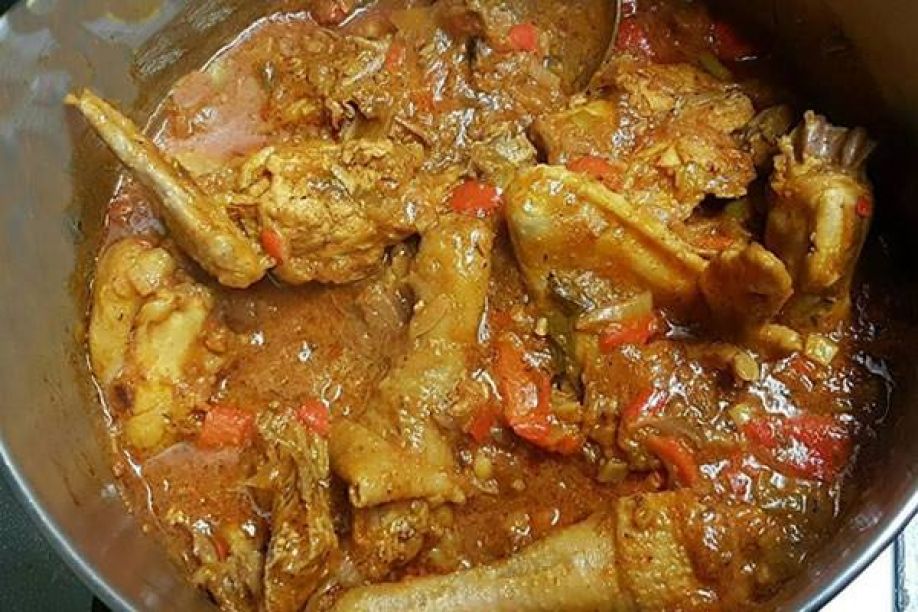 Muamba galinha is also known as moamba chicken or poulet moamba. It is a savoury platter having chicken as its main ingredient. Alongside it is palm butter and a host of spices like red pepper. The accompaniments include rice, cassava paste, hard-boiled eggs, brown onions, sweet potatoes, and palm nut sauce.

Though most regions use chicken as the primary component, fish and duck also work. A famous delicacy of Central Africa, moamba galinha is the Democratic Republic of Congo’s national dish. 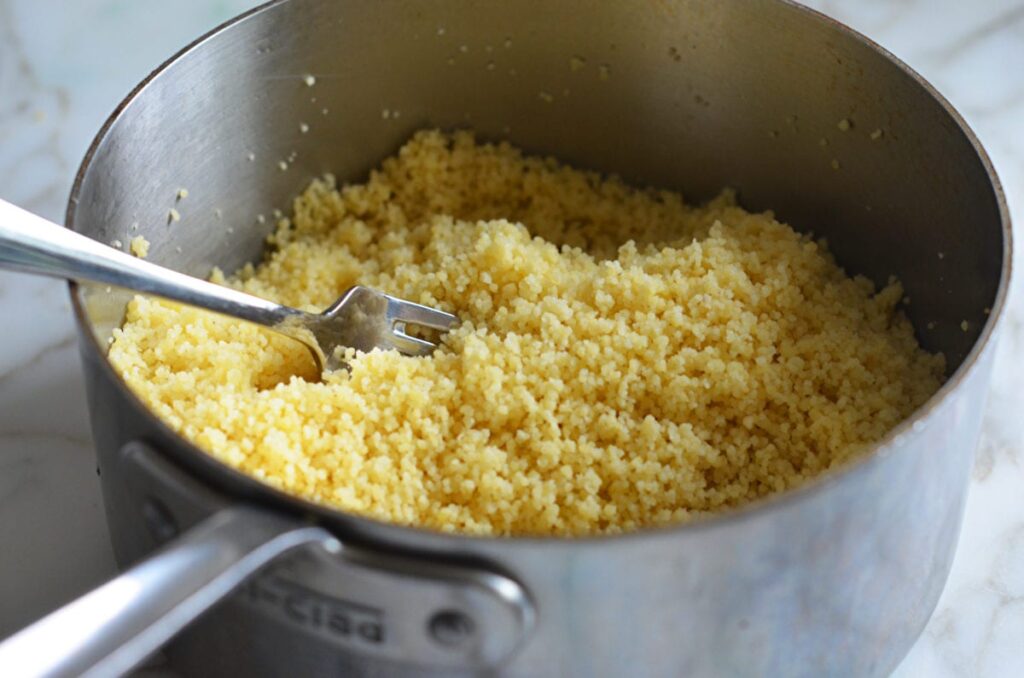 Couscous [Photo: Once Upon A Chef]

Couscous in the Berber language means rolled or rounded, adhering to the presentation of this dish. You make it by mixing semolina flour with water, making them into tiny balls. Then you push the pellets through a sieve. You then pour a vegetable or chicken broth or a mixture of both on top to get a thick consistency.

Traditionally they used a couscoussier. It is a steamer pot with the broth placed in the bottom and the pellets on top within a perforated basket. The dish has several variations. Some include seven kinds of vegetables, and a few have meats like lamb as their main ingredient. There is also a dessert version seasoned with sugar and cinnamon alongside servings of butter. It is a staple food in most parts of North Africa. You can serve this dish as a part of Friday lunch, where the entire family gets together for a sumptuous meal. 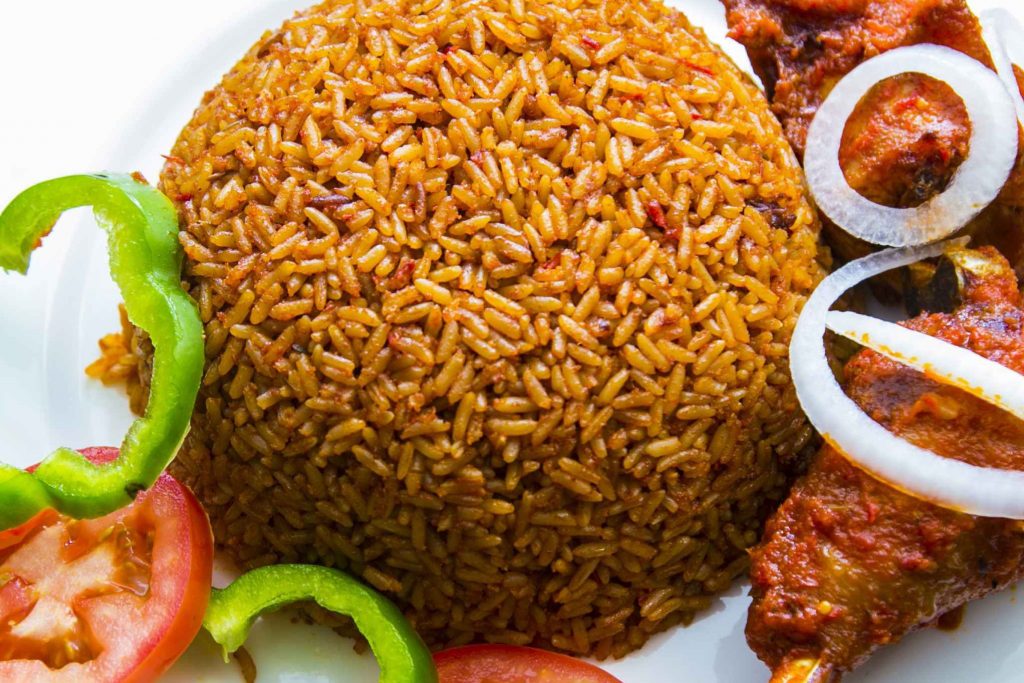 Jollof is a one-pot dish with rice as the star ingredient. This platter is famous in several West African countries like Nigeria, Ghana, and Senegal. Besides rice, several veggies, alongside onion, garlic, red pepper, and ginger, go into preparation.

The red color, which is this dish’s trademark, is mainly achieved by adding tomato puree. Stock cubes, dried thyme, curry powder, and many spices serve as seasonings to enhance the taste. Chicken, fish, beef, or turkeys go as sides to complement this lip-smacking dish. 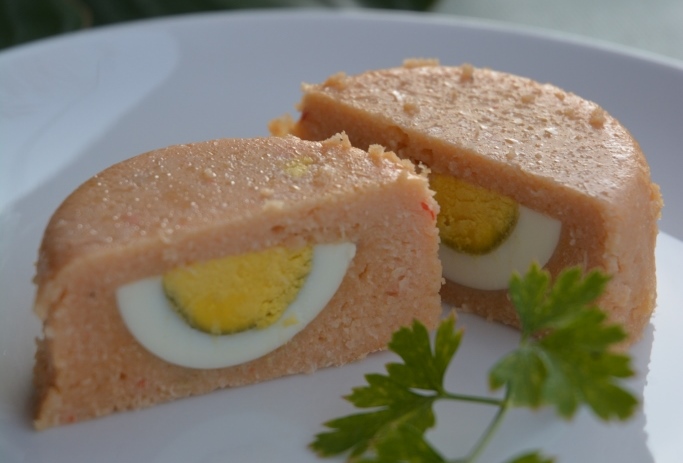 Moin Moin is a steamed pudding made with beans alongside red peppers, onions, chilies, and oil. This dish is Nigeria’s staple food though its popularity has spread elsewhere too. In Ghana, known as olele or alele, people eat moin moin with spicy millet porridge. This is not the main dish, but a side dish, often accompanying jollof rice or even fried plantains.

Cachupa has a smooth, buttery texture. The taste is an assortment of the different vegetable and meat varieties added to it. It is a delicious stew prepared through slow cooking earning it a spit in the African food menu list.

You make it by adding corn, beans, vegetables like sweet potato, yam, plantain, and squash. It goes alongside meat (chicken, goat, beef, and sausage) and fish. This inexpensive dish richly loaded with protein originated in West Africa’s Cape Verde islands. People used to regard it as a poor man’s food.

Of the two significant variations, one is cachupa rica prepared solely with meat. The other is cachupa pobre having vegetables as its sole ingredient. Leftover cachupas are mostly refried and converted into a new breakfast dish. The breakfast dishes include cachupa refogada, cachupa guisada, or cachupa frita served with fried sausage, mackerel, or egg. Cachupa has a smooth, buttery texture. The taste is an assortment of the different vegetable and meat varieties added to it.

One of the national dishes of Central Africa’s Cameroon ndole is a delicious stew comprising boiled bitter leaves, melon seeds, and peanuts.  You can serve this with fish or meat. You can even add shrimps or prawns, though their inclusion is optional. Rich and creamy, each spoon of this flavorful broth would melt into your mouth in an instant. Most people eat this during festivals or parties. People team it with rice, fried plantains, fufu, or bobolo (fermented cassava dish wrapped in leaves).

Senegal’s national food, yassa or chicken yassa, is a mouthwatering stew prepared by marinating chicken in vinegar, onion, and lemon. A longer marination process would result in a soft texture. Besides the chicken, lamb or fish serve as alternate ingredients.

Traditionally they served yassa on beautifully decorated plates and accompanied with fluffy rice. Other accompaniments include fufu and couscous. One can even eat this fabulous platter as a snack alongside green tea or ginger beer. 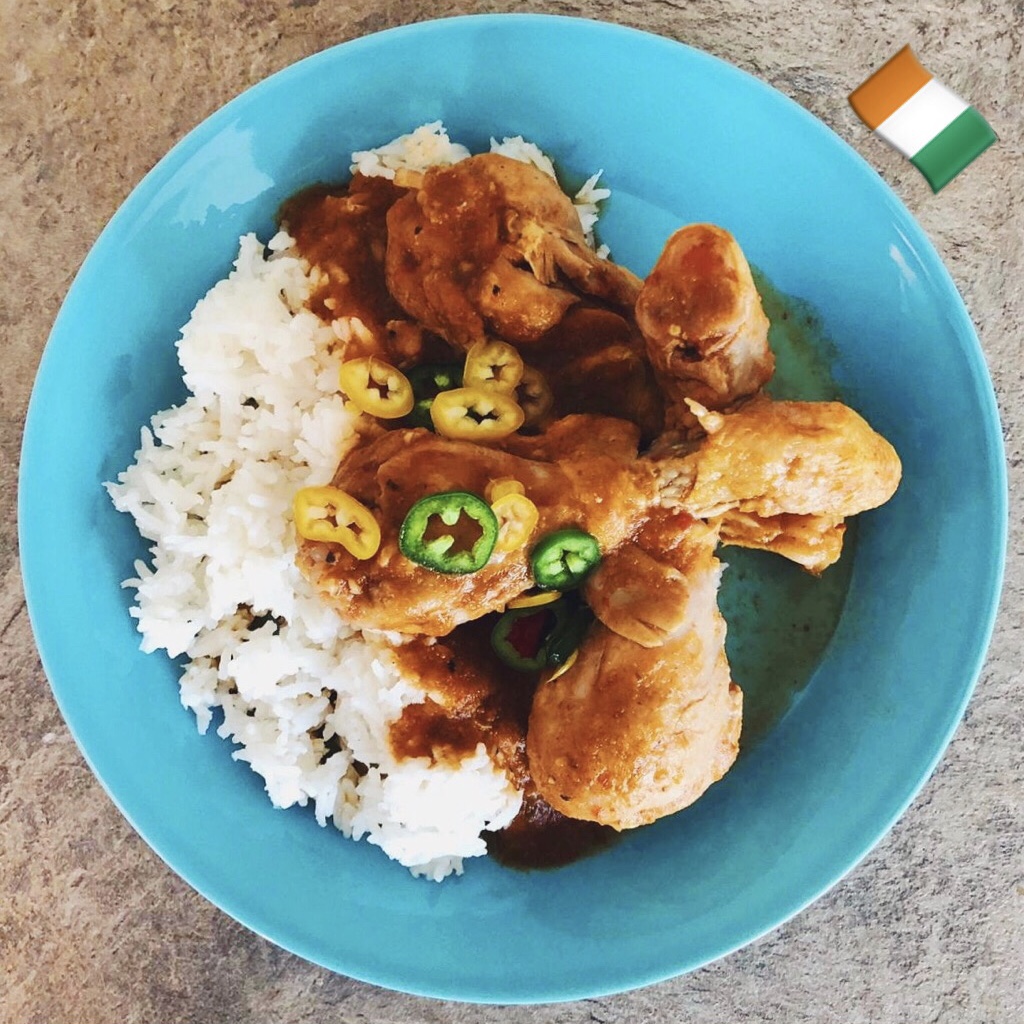 Another addition to Africa food menu is spicy stews. They are prepared from chicken pieces, okra, tomato, eggplant, onion, garlic, thyme, chili pepper, ginger, and chicken broth together.  The mixture inside is put in a sealed canari or terra-cotta pot. The pot is then put over hot coals and then slow-cooked by the traditional process.

A person would also have to shake the pot at frequent intervals to prevent the mixture from being stuck. Another ancient preparation method was to cook the meat and veggies well, wrap them with banana leaves, and then place them on coal or fire. Most people serve this with steaming rice and attieke (a cassava dish).

Ogbono is a tasty Nigerian dish. You make this soup with ogbono seeds alongside other ingredients like onion, red palm oil, seasoning cube, and stock. You can also use leafy and non-leafy vegetables (like spinach, bitter leaf, okra, tomato) and meat or fish.

You then place the ingredients in an uncovered pot and simmer until they get a soft texture. The taste varies from sweet to savoury, depending on all that has gone into its making. But, when not cooked well or store in the ogbono for too long, the soup may taste bitter or even soap-like.

It has a slimy texture, which is why you serve it with lumpy fufu. Besides Africa, the soup has attained global recognition, usually sold in stores specializing in West African food.