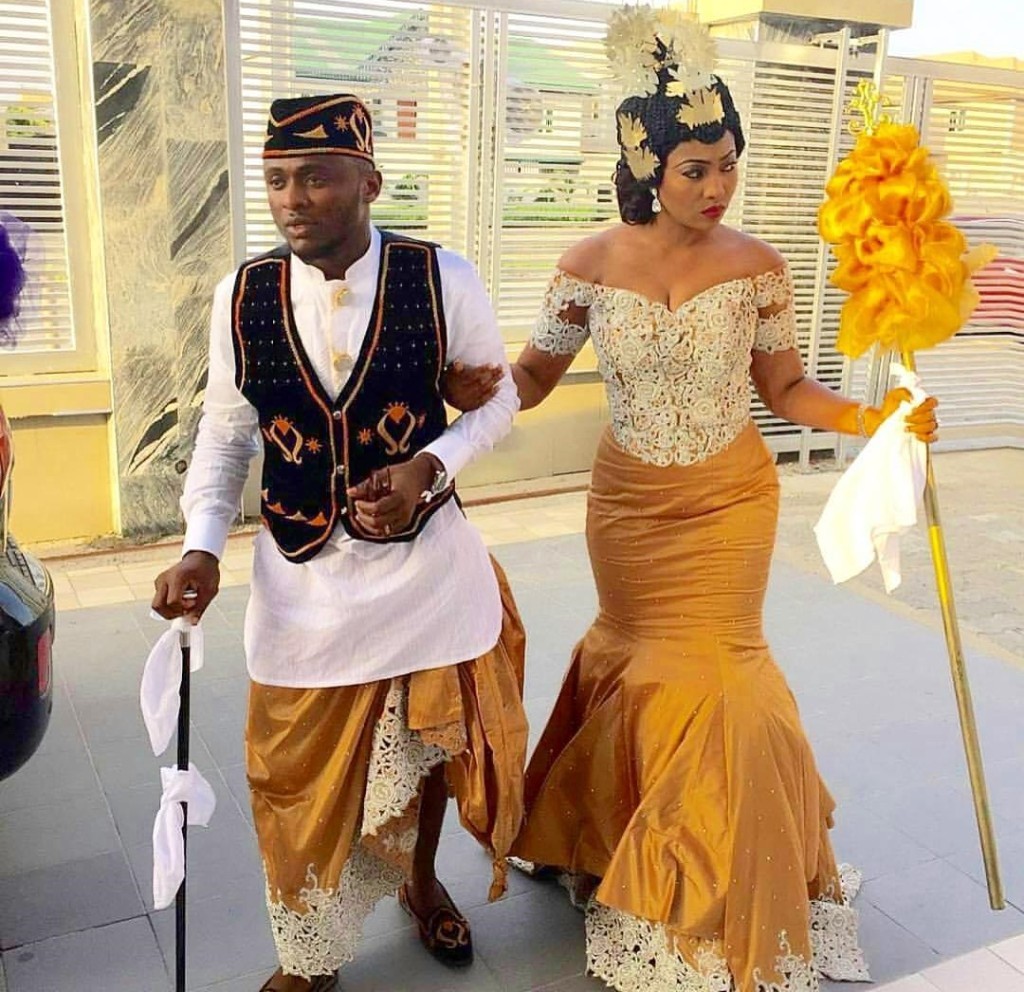 Traditional Nigerian attire brings out a strong fashion statement that has defied to be overtaken by time and still reigns in the fashion industry in and beyond Nigeria. The outfits have conspicuous colours and are mostly worn during official ceremonies such as traditional weddings, cultural events among others.

The Yoruba tribe live in South Western and North-Central Nigeria. They are the majority in Lagos, Oyo, Ekiti, Osun, Oguna and Kwara states. Their signature fashion statement is ‘Agbada’ – a huge type of cloth worn like a jacket and some wear it like a wrapper. ‘Aso-Oke, Ankara, Buba and Igele’ are also popular among the Yoruba tribe. 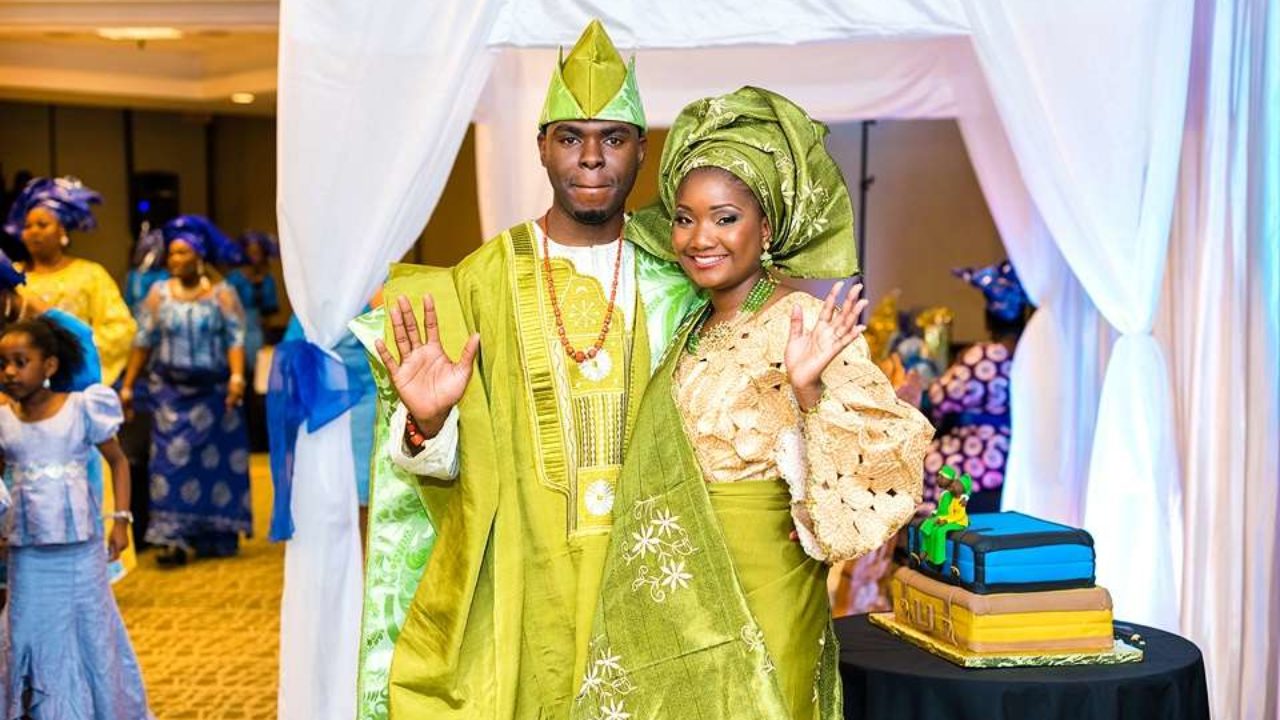 The Yoruba people during a wedding function [Photo by Answersafrica]

Wedding is a great celebration in every culture, so people use all their imagination to create a beautiful and bright wedding dress. Yoruba traditional wedding dress is featured by vivid colours, embroidery and ornamentation. Here you can see how wedding clothes of a bride and a groom perfectly fit each other. 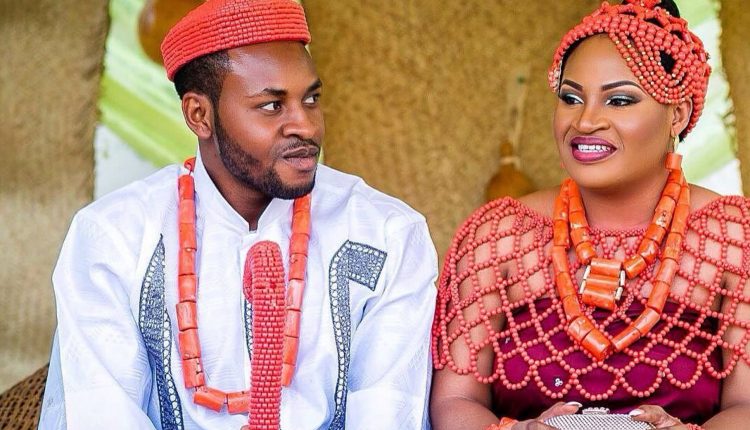 Edo traditional bride and groom in Nigeria [Photo by Pinterest]

For the Edo people – Binis, Afemais, Eshan – beads are a huge part of their dressing code. They wear beads designed in various ways as a cultural way to symbolize royalty and freedom. The Benin Kingdom is one of the best places to see the bead fashion.

The dressing is common during the Edo wedding attire worn by brides during their traditional wedding ceremony is so rich and regal. They look like true African queens in their beaded coral attires. 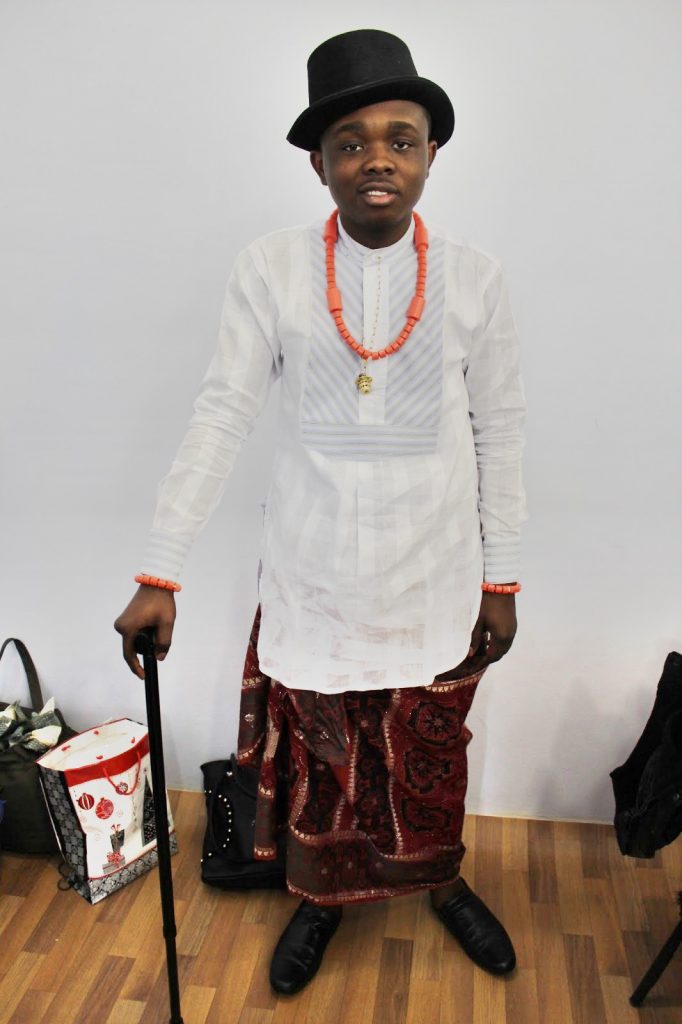 The inhabitants of Delta state, the 5th largest ethnic tribe in Nigeria. Their dressing is very unique. They tie a Georgian Wrapper on their heads while men wear lace shirts and a cowboy hat, and a specially designed walking stick with beads on the hands and neck.

They share a similar culture and are the largest ethnic group in Nigeria with their design commonly being a Kaftan – men’s long suit with long sleeves. It is made of cotton, silk, and wool.

Like most tribes in Northern Nigeria, the Tiv people in Benue state are reclusive and stylish as well. They love the fabric that is Zebra-stripped. When the Tiv people arrived at their current location several centuries earlier, they discovered that the zebra they used to hunt for meat and skin, used for ceremonial attire, was not native to the area. 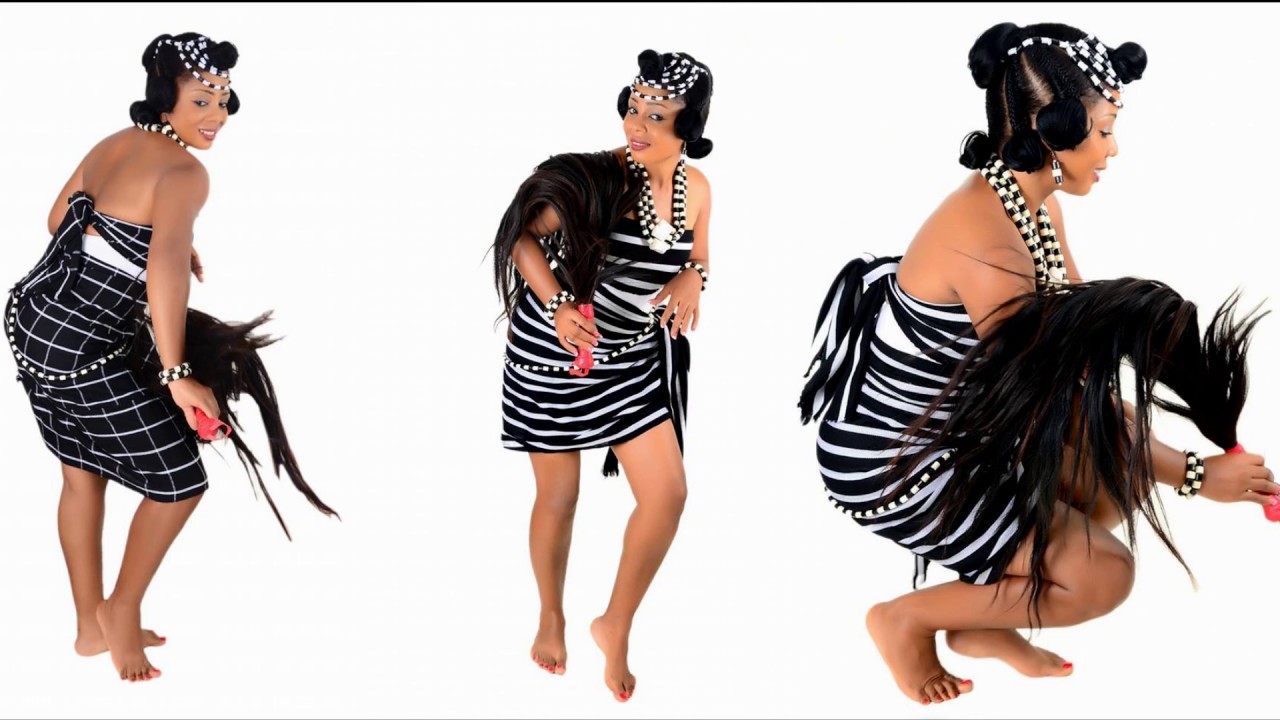 When they acquired the skill of the loom, they decided to honour their heritage by weaving cloth with black-and-white stripes, reminiscent of the zebra skin; this would then be made attires as preferred. Initially, it was a simple cloth to be draped around the torso. Nowadays, it is made into elaborate robes, such as those worn by the traditional rulers and elders

Which one is your best?

7 most expensive mansions in Nigeria

4 places in Nigeria to buy art