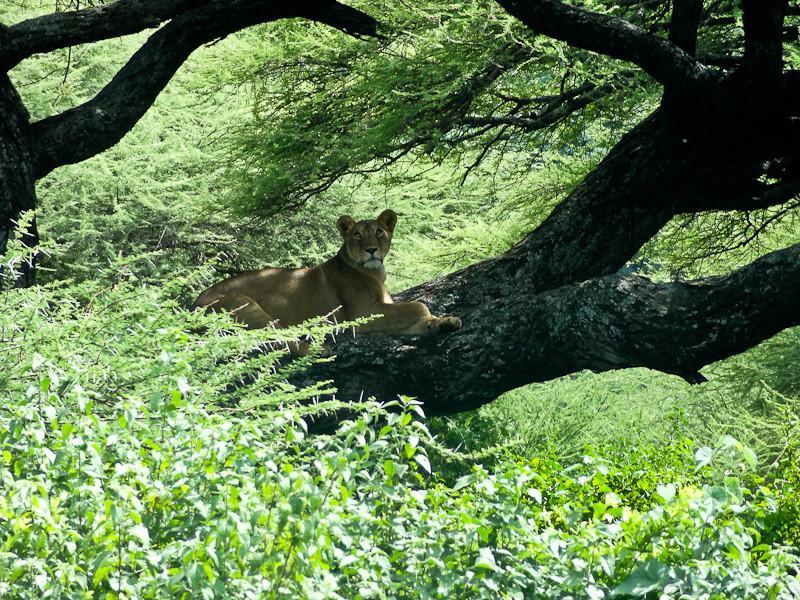 Tarangire National Park in Tanzania’s Lake Manyara has an epic story of hosting a special species of tree-climbing lions in Africa.

Tree climbing lions of Tanzania call Tarangire National Park home; it is the place where they have mastered the art of delicate balancing atop trees with their prey still intact.

It is a borrowed phenomenon that was, at first, a preserve of Queen Elizabeth National Park in Uganda but found its way into Lake Manyara where Tarangire National Park sits squarely.

Tarangire National Park covers an area of 2,600 square kilometres eating up into the Maasai Steepe plains in the South East to the Great Rift Valley to the north and western parts. Here, the Tarangire River flows into the ravines and swamps which dry out during the dry season.

Tarangire derived its name from Tarangire River which passes through the park to the South and drains into Lake Burungi. It is the main source of water for wild animals crossing over from the Serengeti especially during the dry season.

A drive into the park is hearty and resounding given the abundance of wildlife here. At a closer look though, your mind wanders to shrubby trees scattered in the vast park. At first, you are shocked to see a wagging tail and hanging deadly paws, then a sleepy lioness enjoying the day’s sunshine under a shade without much bother.

Some are deep asleep, probably taking a rest after an eventful dawn hunting spree. For them, daytime means a dozen lazy hours to rest, take stock or possibly watch the other animals go about their daily business.

A lion at Tarangire National Park. [Photo: Shadows Of Africa]

Tree-climbing lions are a sight to behold. They act unbothered by the presence of stunned tourists and hundreds of cameras snapping at them. After all, they have nothing to be worried about; this is their territory which they guard jealously.

On the shrubby trees of this vast park, you can also watch huge pythons if you are lucky, coiling before making a move to kill their prey. It is one of the scariest moments in the wild. Only if you have a heart of steel will you stand by and watch this.

At Tarangire National Park whose existence is highly dependable on Lake Manyara, it is home to migrating wildebeest and zebras outside the Serengeti and Ngorongoro ecosystems.

The park is characterized by scenic topography comprising of river valleys, swamps and ridges. Parts of the park are covered by extensive growth of African Acacia woodland while others shelter in woodland and the seasonal marshy grassland with baobab trees.

Interestingly, it is famous for its huge concentration of elephants and baobab trees. Herds of up to 300 elephants stroll the banks of the river. A moment of these giants in jungle foraging will leave your mouth agape at the amount of vegetation they feed on in a day and the massive role their trunks play in feeding. 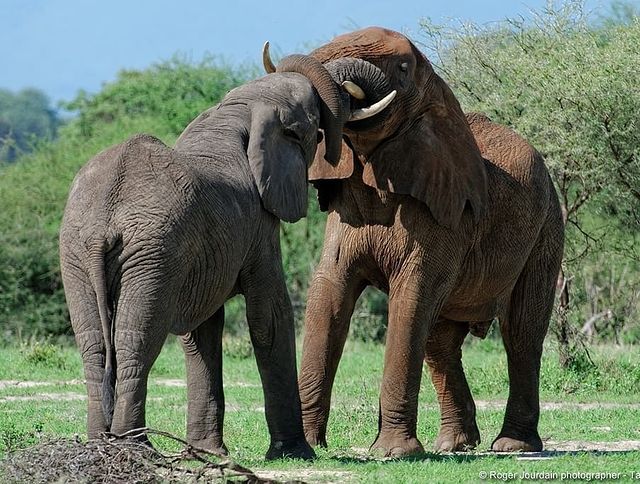 Besides the herbivores, dangerous jungle lieutenants – cheetahs and leopards – are always on the prowl scouting for prey or making rounds to ensure their territory is safe.

Towering giraffes cut the images of the modern-day towering figures in the wild, so do the topi which are camera shy, unlike antelopes and zebras which have developed a liking for the lens.

The peak season, between June and November – dry – sees thousands of visitors coming in to watch the herds of zebras, cape buffalos, giraffes and dik diks –Swahili for antelopes.

The park has over 550 species of birds giving a deep sense of the park’s brilliant birdlife and hundreds of termite mounds all over the park’s landscape.