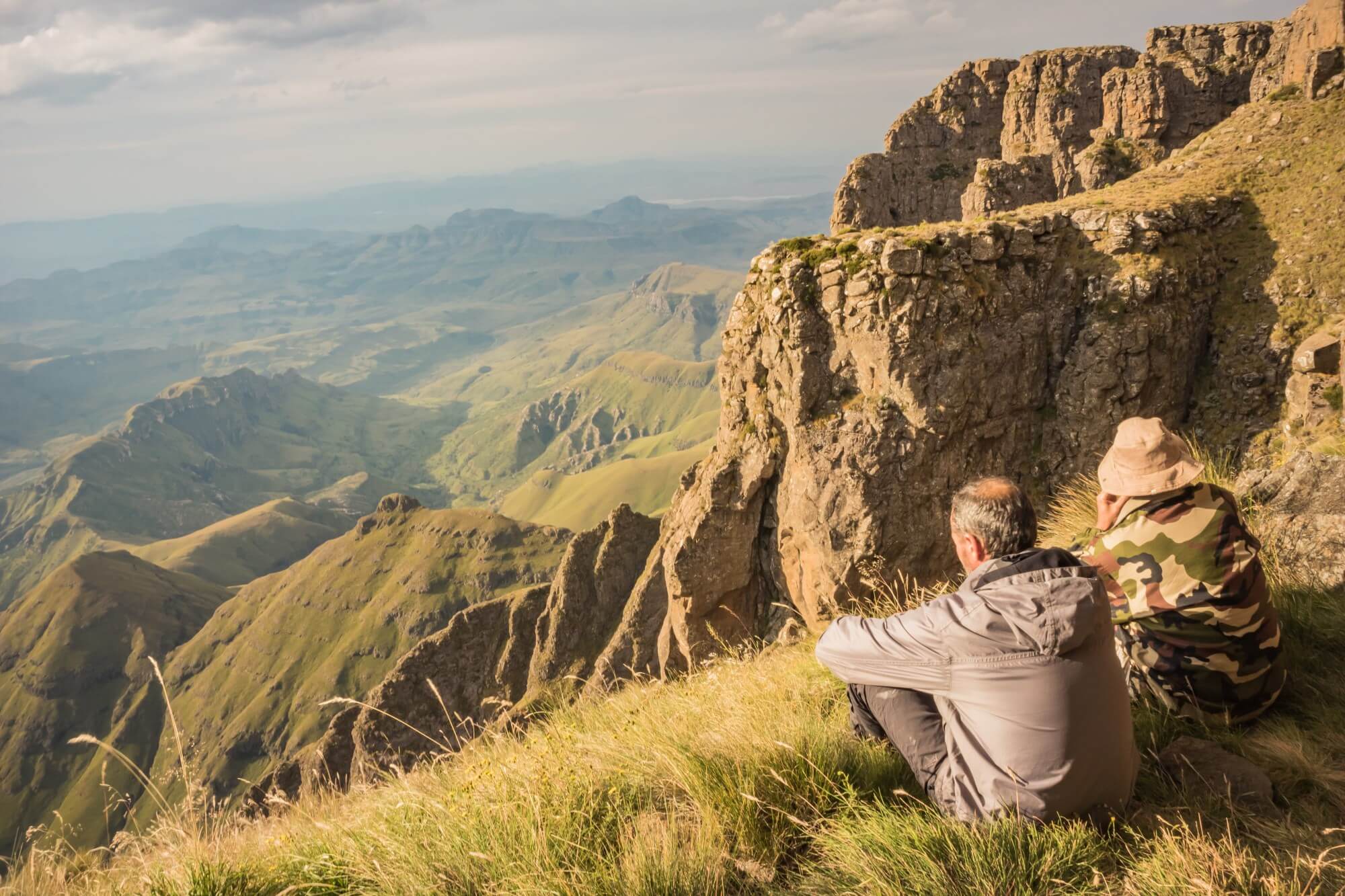 The Drakensberg Mountains is a World Heritage Site with its mountain range measuring 200 km. It spreads across three provinces in the Eastern part of South Africa, the largest part being in KwaZulu-Natal.

The Drakensberg is referred to in Isi-Zulu language as ‘uKhahlamba’ (barrier of spears). The mountain ranges are capped with snow peaks, waterfalls, forests and rock art. The yellowwood forests act as a barrier between KwaZulu-Natal and Lesotho where the ‘Dragon Mountains’ spreads by width and breadth. 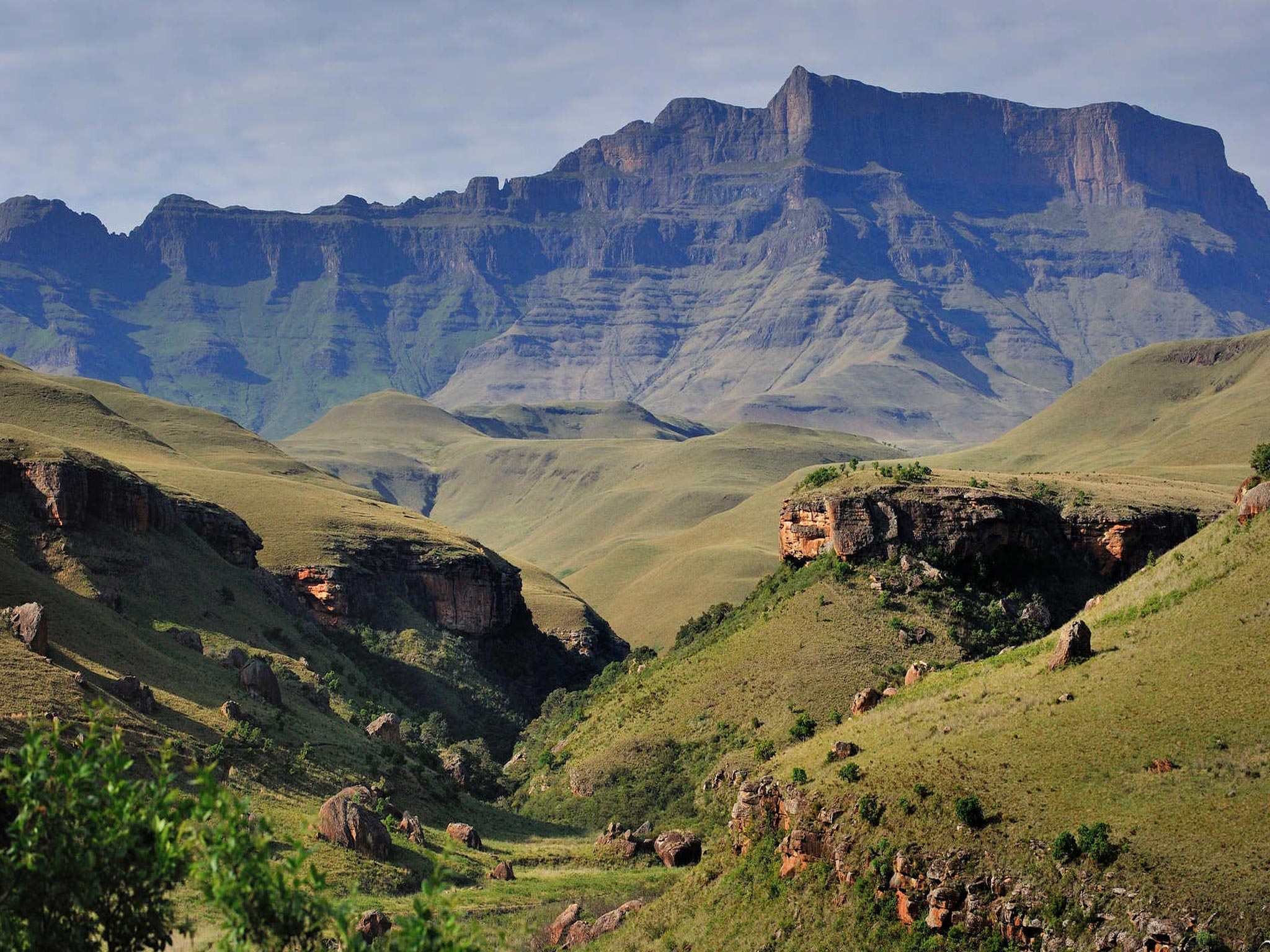 Rock and ice climbing are major sporting activities given that the mountain has the highest peak at 2,874m above sea level. Other high peaks are Cathkin and Champagne Castle. The Drakensberg is also a major hiking zone heralded by its mountainous nature.

About wildlife, the Drakensberg has over 290 species of birds, 48 species of animals including the endangered bearded vulture, enormous Eland, Reedbuck and baboons which are in uKhahlamba or Drakensberg National Park in KwaZulu-Natal.

The central and northern part of the Drakensberg has four beautiful valleys; Champagne Valley, Didima Valley, Amphitheatre Valley, The Lost Valley all of which have unique characteristics. 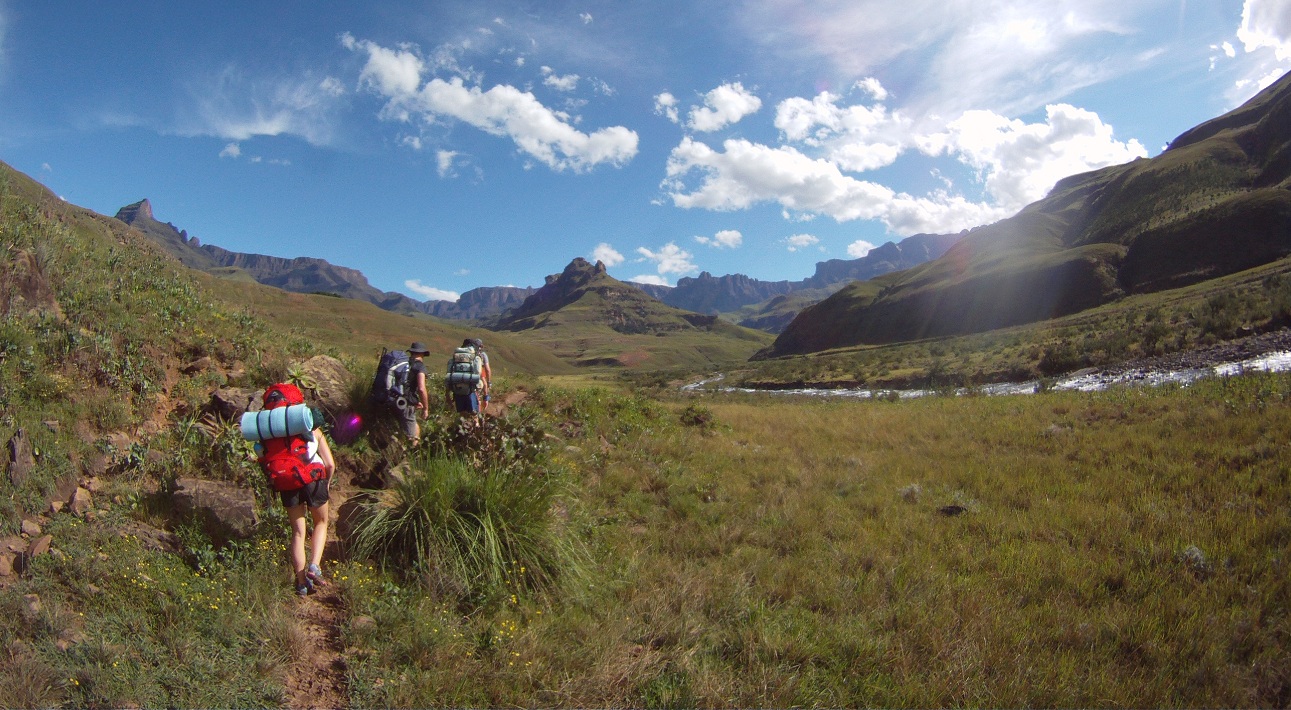 Champagne Valley houses the Cathedral peak region which is a favourite for mountain climbers and golf players. Didima Valley where the Giant Castle is situated is rich in san art. It is also a good point for bird watching. The Royal Natal National Park in Amphitheatre Valley located on the northern side of the Drakensberg is a major tourist destination where visitors climb a chain ladder to the summit of the mountain at 1,220m. Tugela Falls, the world’s second-largest waterfall is found here.

A guide to hiking in the Drakensberg, South Africa [Photo/Drakensberg Hikes]

More about the South African adventure;

The most expensive and elegant 5-star hotels in South Africa