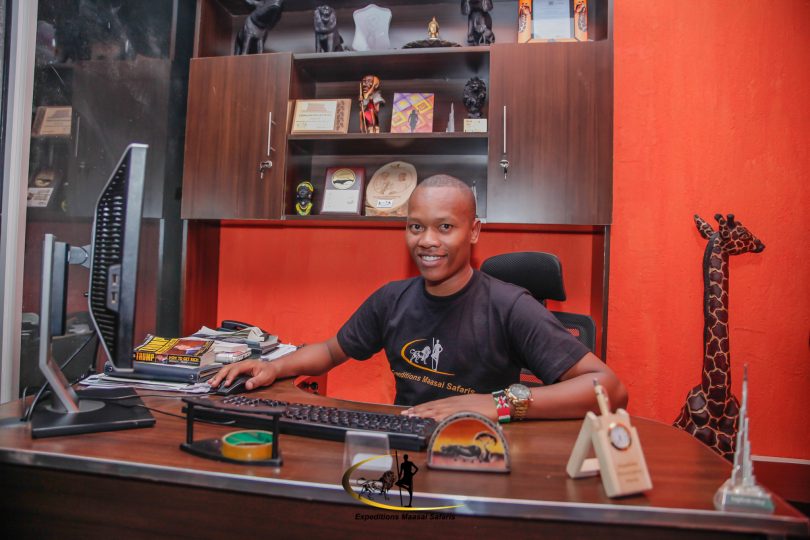 Pancras Karema is living proof that passion could lead to greater things in life. He is the founder and CEO of Expeditions Maasai Safaris, a multi-million-shilling Kenyan tour company that started as a joke. He is one of the brilliant minds offering Kenya safari adventures to locals, expats and international tourists.

Karema always loved the glamour of tourism in Kenya and it was bolstered by the fact that he grew up in Laikipia. The county is four hours drive away from Nairobi but is Kenya’s gateway to exclusive and luxurious lodges.

In fact, Laikipia has a reputation of hosting big names – foreign ministers and celebrities – but word never gets out due to their low key appearances. All of this inspired Karema to dive into the safari world. 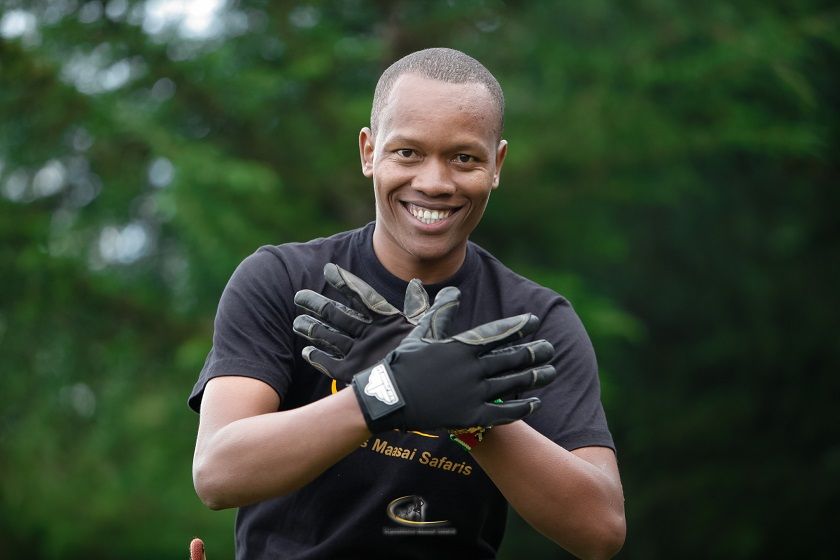 How Did Expeditions Maasai Safaris Start?

The birth of Expeditions Maasai Safaris and its subsequent elevation as a top Kenyan tour company began at the University of Nairobi. Karema enrolled for a degree in Tourism and Political Science after his O-Levels at Ontilili High School within Mount Kenya Forest.

But, Karema’s inspiration for travel started when he was in high school. He loved travelling and his parents knew it. His campus days only blew up his passion.

“Expeditions started way back in high school…the interest of travelling, discovering new places,” Karema tells Capital FM.  He carried with him this curiosity of finding out more about places and soaking in the whole experience.

Karema, 30, became resourceful to his peer at the varsity. He organized trips for them just for the fun of it. The tour CEO had not thought of starting his travel company at the time. All he did was enjoy the fact that he was always the to-go-to guy on matter trips.

“I never thought it can be something serious,” Karema retorts. “We used to go out just like the way you can carpool with your friends and take them somewhere. But because you have something unique- you have passion in what you’re doing; you do it so well until next time your friends are telling you to organize another one.”

He credits his good planning skills as a student, for his success today. He learnt the importance of proper planning in this industry and it paid off many years later.

Surprisingly, Karema was never employed after his graduation. He teamed up with an old friend and decided to start a tour company knowing not that it would rule the region years later.

When Did Expeditions Gain Ground in the Kenyan Market?

It was not a smooth sail establishing the firm in 2014 just like it is with any other startup. However, the big break for Expeditions Maasai Safaris came in 2016 after winning SOMA awards.

A corporate client offered them their first major deal of over Sh5 million and this was the beginning of success for the company. The trust that the client showed encouraged Karema to seek more corporate clients and widen his client base.

His secret to the exponential growth of the company is premised on trust and quality delivery. He notes that when clients get everything you promised them, they become your brand ambassadors by default. And when referrals begin, business booms and grows in leaps and bounds.

“When you meet your clients’ needs, you get that these clients always become your brand ambassadors. That’s how we were able to grow.” He adds that their clients are the main marketers hitherto.

What is The Secret Behind Expeditions Maasai Safaris?

As earlier stated, trust formed the core of the business. In addition, getting the right team for the job made it easy for the firm to expand. Outstanding customer relations spiral the company’s wheels of success.

Eight years down the line, Karame has no regrets about following this entrepreneurial path.

What is Pancras Karema’s Major Highlight As Expeditions CEO?

“In 2018, we managed to win the Company of the Year Award in the country and that is the leading SME,” he explains his major moment as CEO.

Karema bagged an award as the Most Promising Founder of the Year in 2020 amid the COVID-19 pandemic. He also lost his dad besides navigating troubling times in the business world.

Karema has simple and straightforward answers. First, be unique, and secondly, be a good listener to what clients need. This gives new tricks to the business and allows one to package products in a unique way.

Respect for customers – physically and financially – and being trustworthy has made a difference for him.

Moreover, his focus is on domestic tourism because Kenyans are avid travellers who only need the right product to embrace it.

He looks up to Equity Bank founder Dr James Mwangi and British business mogul Richard Branson. His mantra in life is “don’t wait, do it now!”