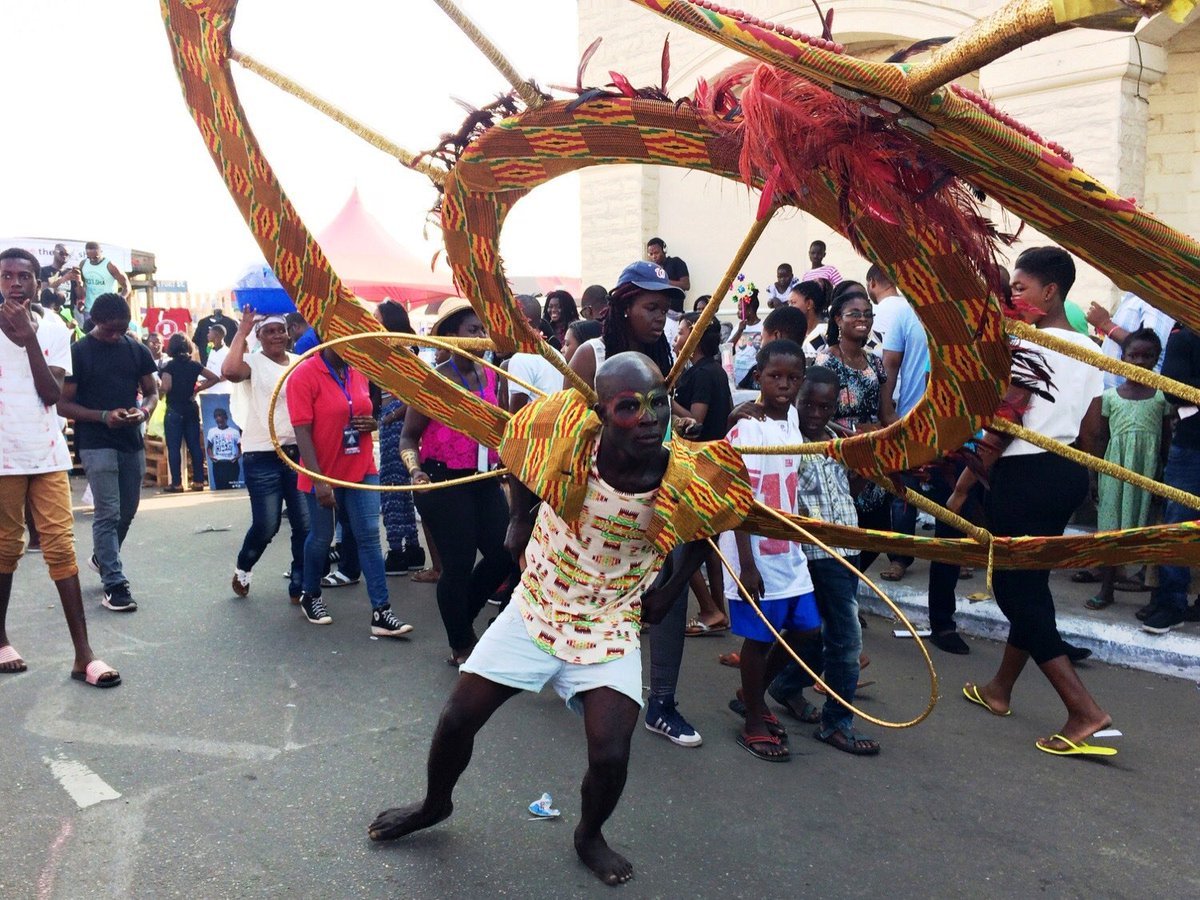 Between August 20 – August 31, Ghana’s capital, Accra hosts thousands of visitors turning up for the Chale Wote Street Art Festival which exhibits musical performances from the different seasoned and upcoming artiste and fashion designers.
What started as a community-based event in 2010 has now grown to be a force in Accra city with a turn-up of 45,000 people every year who throng the city to watch art and music performances. The event has included street painting, graffiti murals, photography, theatre, spoken word, interactive art installations, live street performances, extreme sports, film shows, a fashion parade, a music block party, recyclable design workshops and much more. It is the first to be organized in Accra, Ghana, and has inspired similar events across the country.

Chale Wote Festival co-founder and director Mantse Aryeequaye notes that the fete gives a chance for Ghanaians to appreciate art though a street-style setup. Jamestown where the event is held houses about 200 artistes showcasing their work that brings out Ghana’s history in a rather thrilling manner. Fashion at the event is splendid. Traditional Ghanian attire with a blend of modern design marks the region’s great history.

The festival’s theme for the last eight years has been solely about bringing the power in Ghanaians that allows them to grow and share the same knowledge with the rest of Africa. Among the things to look out for are the LABs where independently produced visuals are screened as filmmakers hold debates. Live musical performances are electrifying as women DJs from around Africa treat revellers to great tunes.

Your New Year party at the explosive Victoria Falls in Zimbabwe