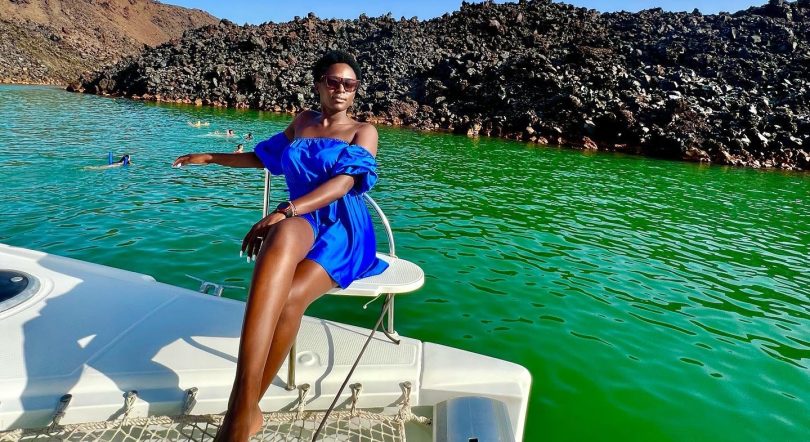 Romani Tours in Santorini, Greece, is one of the largest travel agency in this Greek touristic spot. But that’s not all; it’s the brainchild of a Kenyan woman Shanice Nthenya Atieno popularly known as Santorini Queen.

Born and bred in Kenya’s Nyanza region, she left her motherland for greener pastures but with a different motivation. While many immigrants have an employee mindset, Santorini Queen changed hers along the way, clamouring to set up her own business.

The Kenyan entrepreneur knew it wasn’t as simple, but she was ready to bear it all. Looking back in the last three years, she has so much to smile about. Under her mother company Romani Tours, she runs Romani Car Rental and Romani Villas.

Her rental company has over 200 cars of all types and boats for hire. She is the only African living and working in the Island; she tells Kenyan YouTuber I Am Marwa.

Santorini, a unique Island, attracts tourists from all over the country in droves. The Island houses the Monastery of Santorini, which is the highest point of the island. In the Aegean Sea, Santorini is a Cyclades island. 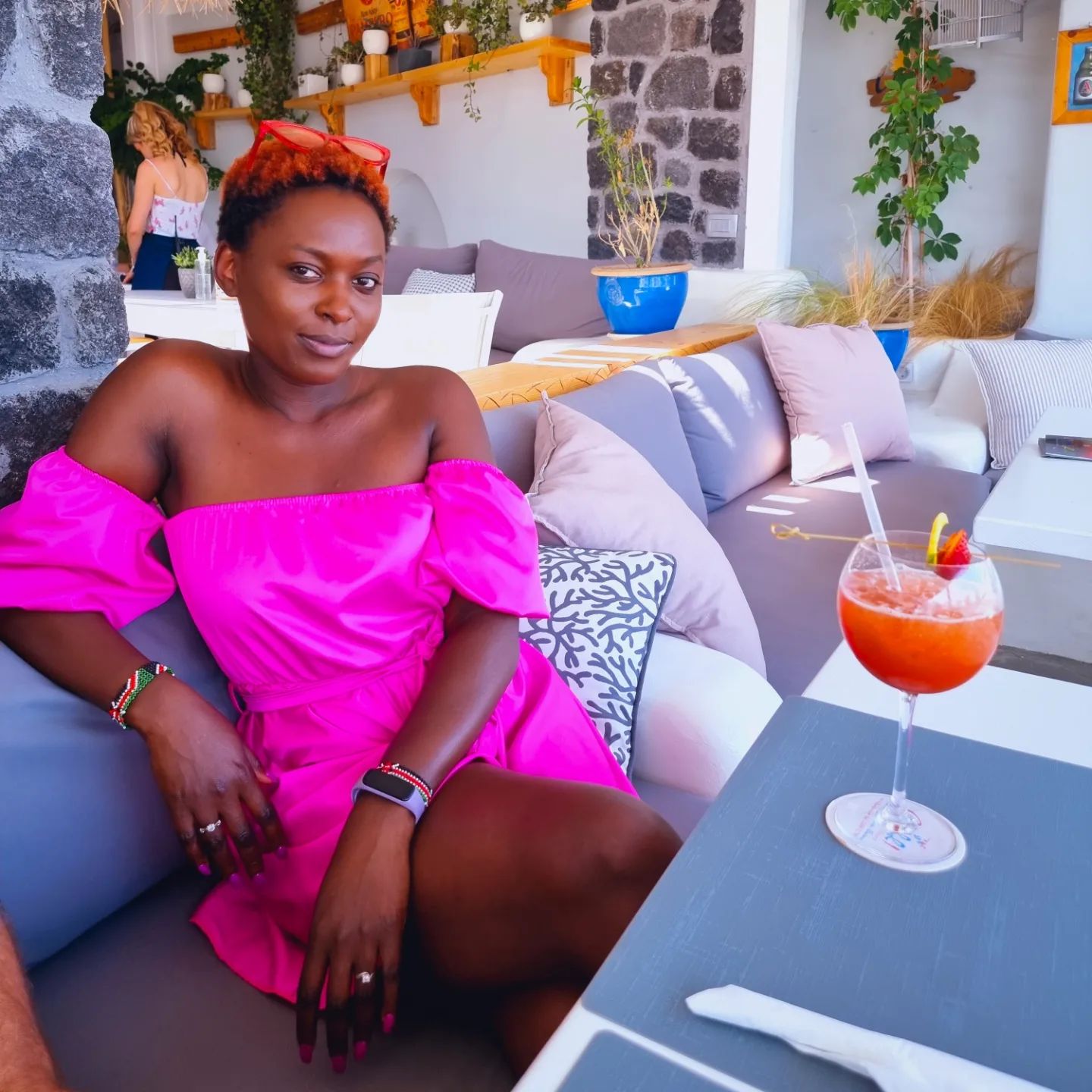 Its rough environment was permanently altered when a volcanic eruption decimated it in the 16th century BC. Its two main towns, Fira and Oia, are distinguished by their whitewashed cubiform homes that cling to cliffs above a submerged caldera (crater).

They have views of the ocean, distant little islands, and lava-pebble beaches in shades of black, red, and white. That’s why Santorini is one of the most renowned islands in the world, also known as Thira in antiquity.

It’s simple, laidback, scenic, hot and speaks less about its desert nature. Further, everyone here goes to the Orthodox Church – it’s the only church in Santorini.

How Did Santorini Queen Leave Kenya For Greece?

The mother of one left Kenya in search of greener pastures years back, having grown up as an orphan. Life back in Kenya wasn’t pleasant at all, pushing her to explore life abroad.

Upon arriving in Greece, she fell in love with Island hopping while waiting for her processing by the Greek government. She got her tax number early enough but didn’t have an employment number, making it difficult to secure a job. One day, she was on her usual thing, hopping across islands, when she met her husband through a mutual friend.

He was based in Santorini while she lived in Athens, the Greek capital. Their relationship started on an employee-employer basis since he offered her a sales job in one of his companies. 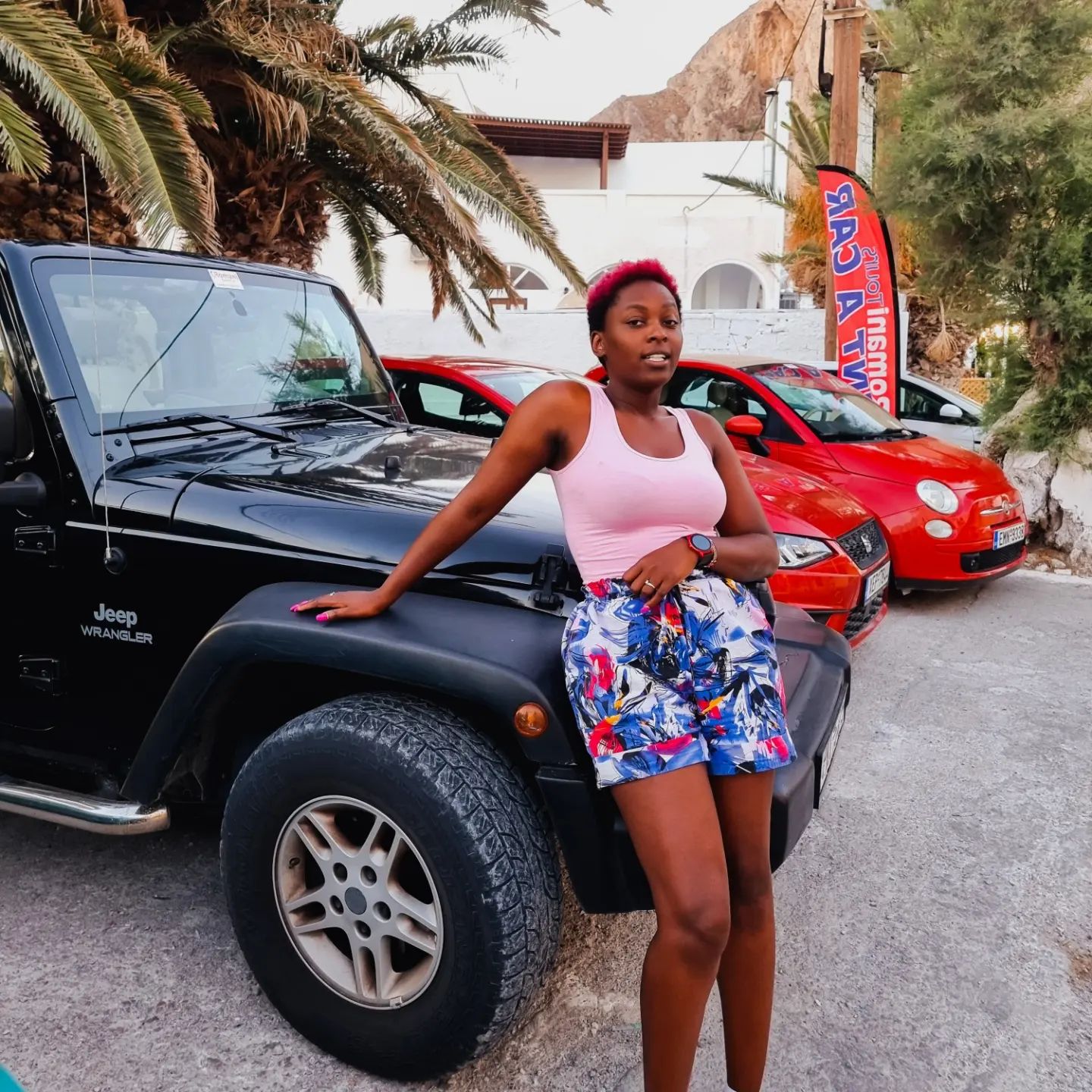 Santorini Queen bargained her work terms, but it still was a hustle to relocate from Athens to Santorini, where life is fairly expensive. He offered her a place in his house, explaining that he was divorced and lived alone.

Being a Kenyan, she understood the risk and quickly asked for a contract defining her stay in her boss’ house, which sealed it.

Years later, things changed, transitioned into a romantic relationship and ended up in marriage. She credits her husband to helping her start Romani Tours.

The couple has a grapevine and also does poultry besides the tour company.

While it is expensive, she loves every bit of it. Business during spring and summer is always booming. However, Santorini Queen admits that running the business is hectic, and she barely gets enough sleep, mostly during the peak season.

She has at least 100 villas, 200 rental cars and tour boats. In addition, she has 20 staff working in her company. Her cheapest villa, the economy one, costs $40 per night off-season but shoots to $80 during peak season.

The villas are dome-shaped to regulate temperature because Santorini is very hot. Her parting shot is moving. She calls on African women to change their perception of dating and marrying white men because many see it as a ticket to millionaire status.