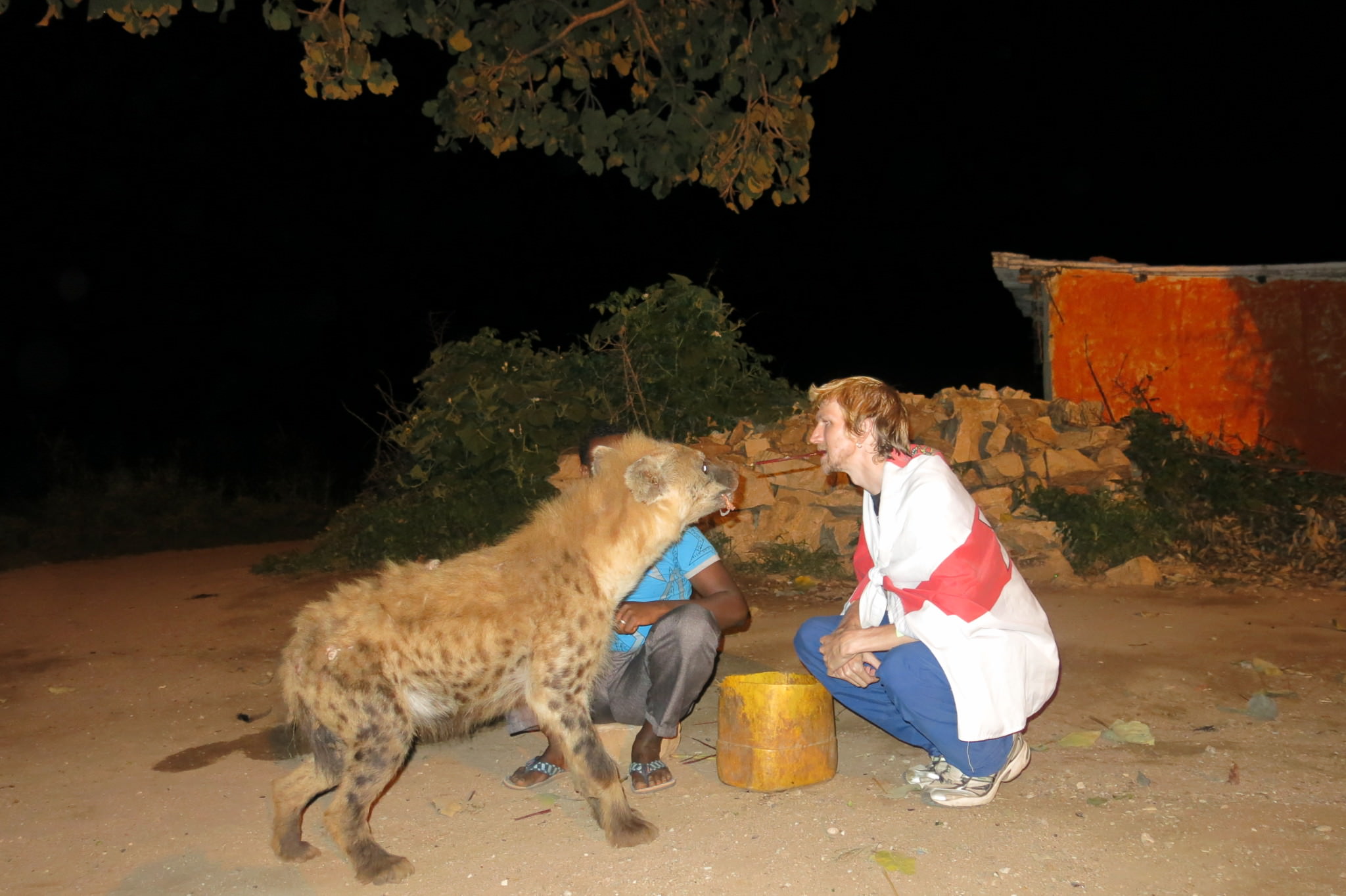 The ancient city of Harar in the Eastern part of Ethiopia has an intriguing story behind its fame across the world. It is the one place in the 21st century where you will find the walled city with packs of fierce hyenas fed by the locals christened the “hyena men”.

The “hyena men” have developed a strong bond with animals and have named each one of them. The hyenas understand the “hyena dialect” used by the hyena men who are fond of using Oromo – Ethiopian dialect – and a little bit of English. Should they come calling, the howling animals respond immediately. 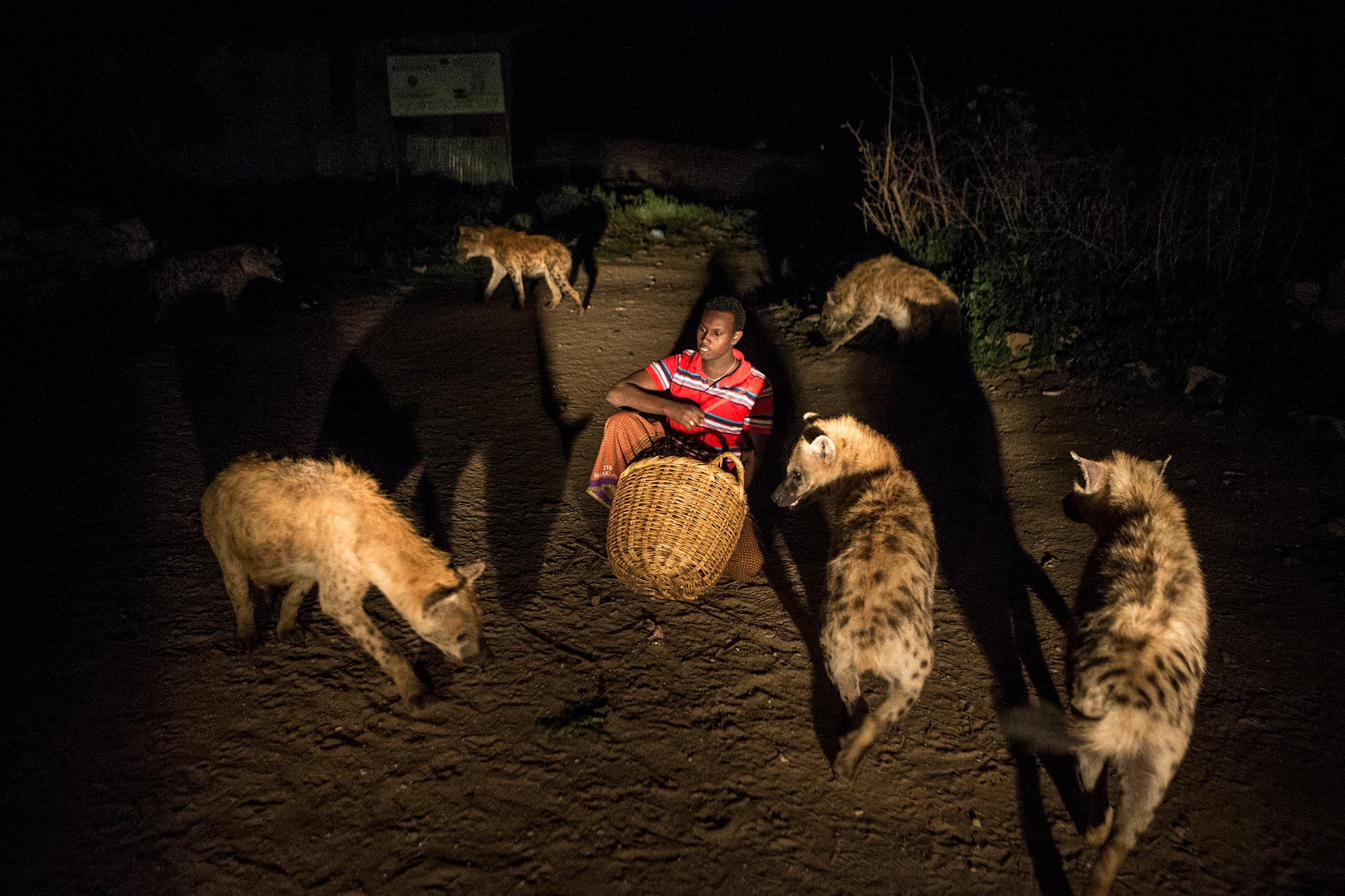 The man who lives with hyenas in Harar, Ethiopia [Photo by National Geographic]

The beasts are fed outside the city walls by their masters as tourists watch in awe. So intrigued are the tourists that they offer a small fee to feed the animals with their favourite delicacy; meat while some even partake in the exercise at a fee.

The last version of the history behind the hyenas in the walled city of Harar is that locals started feeding them during a famine to protect themselves from falling prey to the animals which they thought would attack them as the famine persisted.

Botswana wildlife: How to spend a day at Chobe National Park