Lesotho is a small landlocked nation in South Africa with several interesting facts. It is one of the three enclave countries in the world.  The country, which covers an area of over 30,000 square kilometres, is situated in the Maloti Mountains.

Lesotho is one of the best places you can visit in Africa, as there will be plenty to explore on your trip. Nicknamed ‘The Kingdom of Sky’, Lesotho is packed with the most breathtaking mountain ranges.

People say Lesotho dwells in the sky because it is the only country in the world which is above 1,000 m.

The inhabitants of Lesotho are known as Basotho, and they are about two million in the mountainous country. An individual person is known as Mosotho.

Without further ado, let’s look at some of the interesting facts about Lesotho you should know.

The Sani Mountain Lodge in the Sani Pass is 2,874 metres above sea level. The pub offers chilled beer, which welcomes you after diving the scenic pass all the way from South Africa.

2. A High Percentage of the Population is Educated.

Lesotho boasts of having one of the highest literacy rates in Africa. About 85% population of adults in Lesotho are educated.

The high literacy rate can be attributed to Sesotho being among the first African languages to develop a written form.

3. Home to One of The Largest Dinosaur Footprints

Another interesting fact about Lesotho is that it is home to one of the largest dinosaur footprints ever found.

The footprint, which belongs to Kayentapus ambrokholohali, measures 57 centimetres and is estimated to be 2.7 metres tall and 9 metres long.

The dinosaur is a relative of the Tyrannosaurus Rex, one of the largest dinosaurs.

4. One of the Three Enclave Countries in the World

An enclave is a country that is completely surrounded by another country. And Lesotho happens to be among the only three enclave countries in the world.

The other two are San Marino and Vatican City, which Italy surrounds.

5. The Basotho Are Very Friendly to Visitors

One of the interesting facts about Lesotho is that the Basotho are extremely friendly. You’ll be welcomed with a smile everywhere you go in the country.

The people of Lesotho are also kind and generous to visitors. 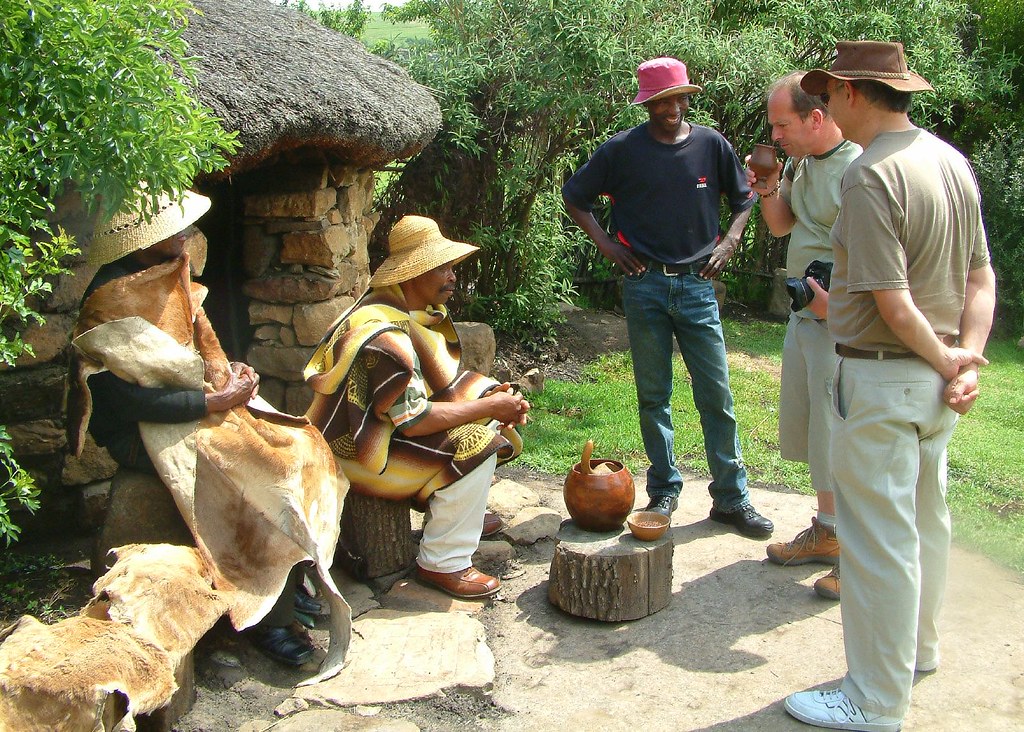 6. Cows Are Valued More Than Money

One can’t fail to mention how Basotho value their cows when discussing interesting facts about Lesotho.

Beef is undoubtedly the most important meal, and you’ll find cows being slaughtered whenever there is a special occasion in Lesotho.

The Basotho rear goats and sheep for wool and meat, while the chicken is most for providing eggs.

7. The Second Highest HIV Prevalence Rate in the World

About 25% of the people in Lesotho are affected by HIV/AIDS. And this means one in four people in the country is living with the virus.

The majority of people affected by HIV in Lesotho are women aged between 15 and 40.

The good thing is that the government is taking all the necessary steps to create awareness about the virus.

Lesotho enjoys 300 days of sunshine every year. But that does not mean that the country is dry. The rainy season in Lesotho is normally between October and April.

Lesotho is one of the most homogenous countries in the world. Over 98% of the people living in the landlocked country belong to the Basotho ethnic group.

10. Some People Still Live in Caves

One of the interesting facts about Lesotho is that the country still has cave dwellers. The Ha Kome Cave Houses in the district of Berea are made out of mud and form a group of cave dwellings. What is an Interesting Fact About Lesotho?

Lesotho is very mountainous and is the only independent state in the world existing above 1,000 metres. It boasts a lofty base altitude of 1,400 metres.

What is Lesotho Best Known For?

Lesotho is known for its breathtaking scenery, which includes snow-capped mountain ranges and The Sehlabathebe National Park.

Is Lesotho The Highest Country in the World?

Lying at an average elevation of 2161 m above sea level, Lesotho is one of the highest countries in the world.