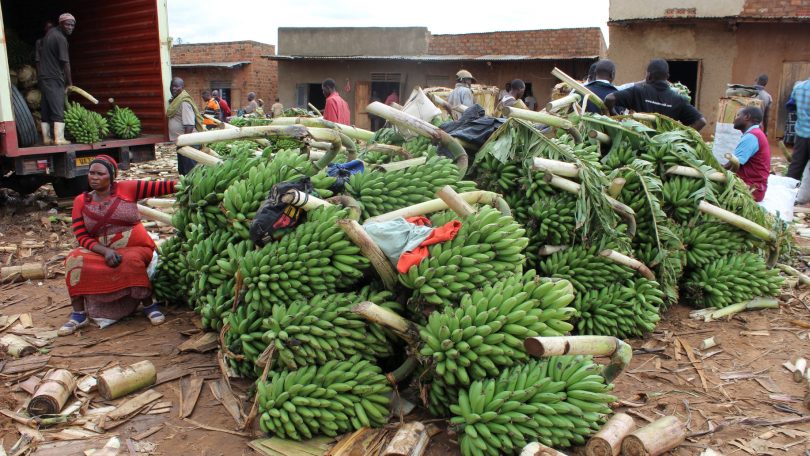 On the off chance you visited Kampala, what would your first meal be? A good guess is that bananas in Uganda will find their way to your plate.

Uganda has an enviable history with bananas. They are a huge part of the cultural delicacy that stands beautifully in the echelons of Africa’s food history.

Bananas have always been a source of food, medicine, clothes, tools, shelter, furniture, paper, and other handicrafts for humans.

Historians term it the first fruit crop because it was first cultivated at a time when hunting and gathering were still the primary ways of getting food.

They are a good source of vitamin C, vitamin B6, minerals, and fiber. Bananas and plantains, in particular, are high in carbs, which account for 22% and 32% of the weight, respectively, of the fruits.

Their high-calorie scale notwithstanding, Bananas in Uganda are a staple food.

What are Bananas Called in Uganda?

Bananas in Uganda are known as ‘Matoke’, or ‘amaatoke’.  Uganda Highland bananas are easy to tell apart from other bananas.

They have a lot of black (or brown or bronze) blotches on their pseudostems. This makes them look like polished metal. A medium-green outer sheath is on top of pink or purple sheaths beneath them.

When you look at them from a distance, you can see that their leaves are darker and duller than those of other banana plants.

Nevertheless, the fame of bananas in Uganda remains synonymous because more than 75% of all farmers in the country grow them.

This is what makes it are the country’s main food. In some parts of Uganda, people eat up to 1 kg of bananas a day. Most of them cook bananas grown in the Great Lakes area.

Where is Bananas Grown in Uganda?

There are four administrative zones in Uganda: Northern, Eastern, Central, and Western. There are 111 districts and one city in these regions.

The capital city of Kampala is the only city in this group.

When the census was done in 2008 and 2009, it found that 68 percent of the banana in Uganda came from the Western Region.

When it came to yields, Western Region had 6 tonnes/ha, followed by Central region with 3.3 tonnes/ha.

In general, there were 80 banana-growing districts in the country at the time of the census. Each of the three districts that grew the most bananas were in the Western Region.

How Many Types of Bananas are in Uganda?

There are now 95 different types of bananas in Uganda grown, a study by Biodiversity International shows.

The majority of them (86%) are endemic varieties. Most of the bananas grown in Uganda are native to the East African highlands, which is one of the places where bananas are most diverse.

In the past, farmers have chosen the East African highland banana because it is a unique group of genes.

As many as 84 different types of endemic East African highland bananas are grown by farmers in the region. They are divided into five clone sets (Karamura 1998). 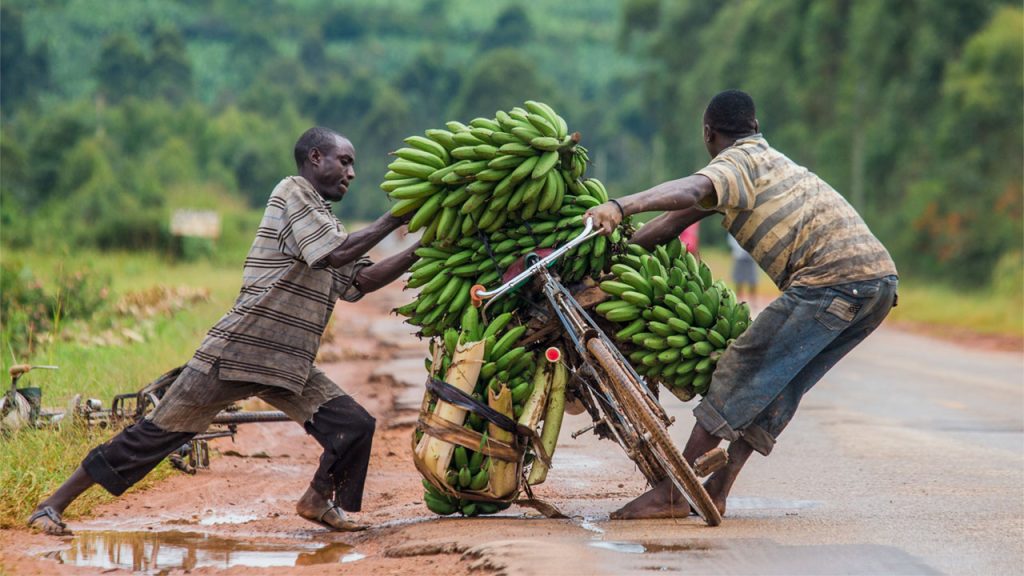 Many unimproved, exotic banana varieties from Southeast Asia and some hybrids that were recently made are also grown in the area.

Bananas in Uganda have a lot of different kinds of plants.

Remains of the plant found in Uganda date back more than 2000 years before the Christian era. This means that the plant was introduced earlier than previously thought. The evidence, on the other hand, isn’t 100% sure.

What Country in Africa Produces the Most Bananas?

Angola produces 4.4 million tons of bananas annually according to FAO.