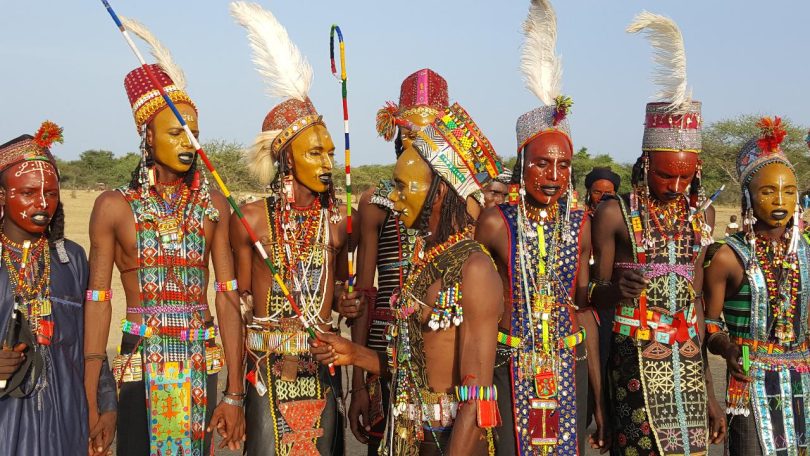 But what is it all about? This article digs deep into the ins and outs of this festival. Read on and find out.

Where is Gerewol Festival Celebrated?

The festival is held in southwest Chad after the rainy season, approximately the last week of September. The Woodabe people are behind this festival. They live semi-nomadic life. Ideally, they are members of the Fulani ethnic group.

It is the only occasion bringing the Woodabe people together. Other tribes may refer to them as the Mbororo, although this has a slightly pejorative connotation. It has something along the lines of ‘filthy shepherd.’ Wodaabe is the correct and courteous word.

Wodaabe are Sahelian nomads hailing from northern Cameroon to Chad, Niger, and northeast Nigeria. The Wodaabe people are between 160,000 and 200,000. The Hausa, Fulani, and Tuareg, among others, view the Wodaabe as feral people. 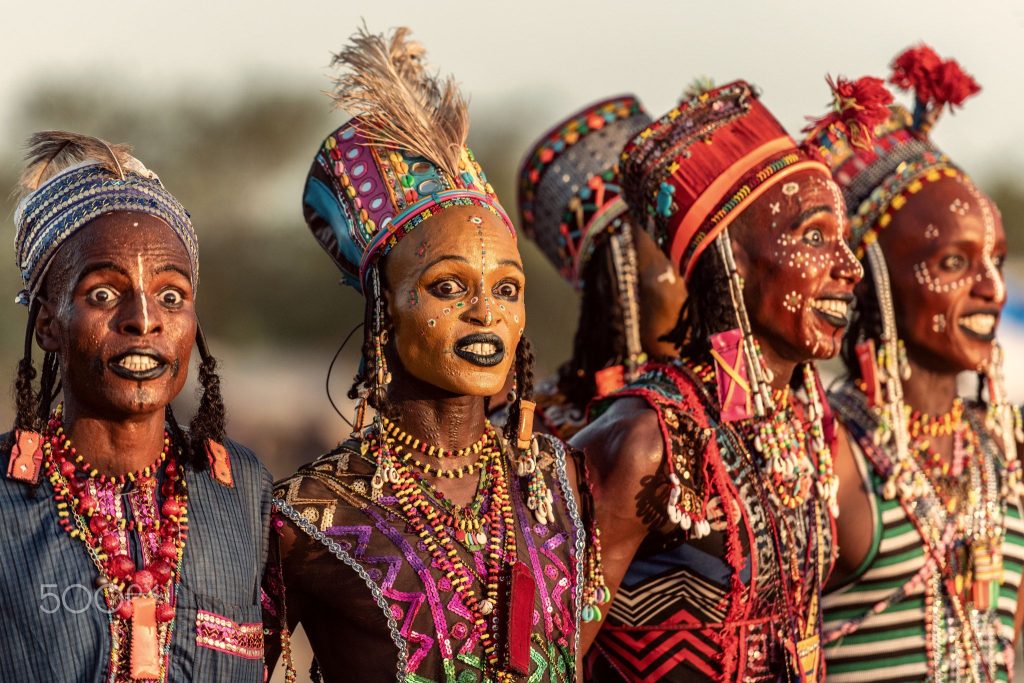 Wodaabe migrations follow the seasons. Occasionally storms bring flooding during the short rainy season of July to September. September and October are hot and dry, whereas November and February are frigid.

The hottest months of the year, March to June, are also the driest. Wodaabe lineage groups perform the Geerewol, Worso, and Yaake ceremonial dances throughout the short rainy season.

Its cultural relevance is that it gives men a stage to show their masculine beauty through dance dotted with traditional music regalia. Young men gather in elaborate striking costumes that you would expect in a Hollywood production. Costumes with unique features such as feathers and other beautiful adornments are on display in the quest to woo prospective brides.

This is an ancient version of matchmaking and courtship on a grander scale.  Men and women prepare adequately for this mystic event.  It’s a colourful, centuries-old festival. Men put on makeup, dress up, and perform a series of enigmatic dances to woo a new wife. If they do not get a wife, they, at the very least, score a night of pleasure. It is a beauty contest with a twist.

Men wake up at dawn to paint their faces with red ochre, draw white dots, and pile on the jewellery. They also apply a shade of black or blue lipstick during preening sessions that last for hours.

What Happens Among The Fulani During Gerewol Ceremony?

The Gerewol Festival for the Fulani opens doors to feasting, socializing, camel racing, and dancing. It culminates in a final dance show in which three ladies of marriageable age who have closely observed the dances during the preceding few days pick their three victors.

The young women proceed along the line of dancers, poker-faced, following the Wodaabe pulaku, or code of behaviour. Then each person taps their favourite man, and everyone rushes in to applaud and celebrate the winners.

After that, the women return to their encampment to wait. They will follow if the chosen men like them.

How Long Does Gerewol Festival Last?

Gerewol Festival lasts for seven days – a week rather – and it is a sequence of traditional norms that many look forward to each year.  It also represents the power of community effort. Everyone is pitching in to help the guys look their best.

Some cosmetics have magical properties, and the Wodaabe takes considerable measures to protect them. The orange face powder comes only from near Jongooria in central Niger, and some clans must go 1,400 kilometres (870 miles) round trip on foot to obtain a supply.

At dawn, men begin preparing for the Gerewol. There is a growing sense of expectation from the start, as more than 1,000 people attend the celebrations in some years. The guys use a mixture made from broken clay, stones, and animal bones to apply makeup to their faces. Some men were believed to paint their lips black with chemicals from batteries to emphasize their white teeth.

Although the girls may not use as much makeup as the men, they are equally concerned with their looks. They take time to look pretty. 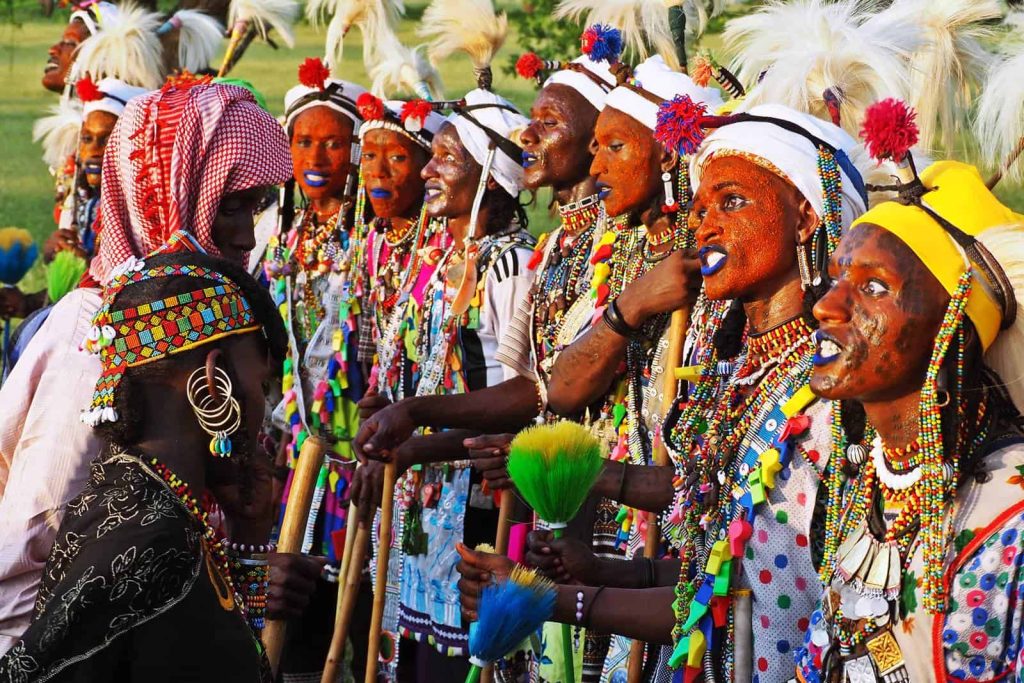 This headgear makes the Wodaabe, who are already extraordinarily tall and thin, taller. The makeup enhances this beauty coupled with the dancing.

In this culture, drinking tea is a significant ritual so expect to see a lot of tea drinking. The men drink tea made from fermented bark. The special brew has a hallucinogenic effect and allows them to dance for hours on end.

This is a huge part of the Gerewol where the men appear to be in a trance as they break out into song and dance. This makes them even more attractive to women.

The festival comes to an end at sunset, and the visuals are something you will never forget. As the shadows close in, the ostrich feathers in the men’s headgear mimic palm trees at sunset.

The Wodaabe will return to their nomadic life as herders after the week-long festival. Successful couples’ pair up and start the marriage preparations. This ritual has been taking place throughout the Gerewol festival history.

The Wodaabe are interesting people. Despite what might seem like an old life, they have remained true to their culture.