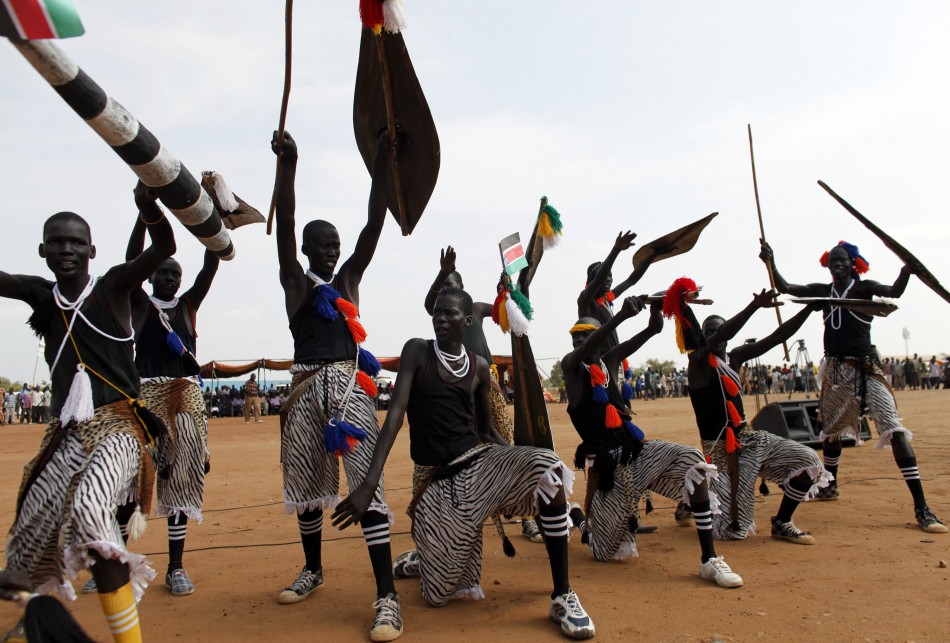 Ethiopia has a fascinating history that has trickled down to its tribes. The Nuer tribe in Ethiopia has an intriguing cow milking technique that continues to make headlines across the world.

For the Nuer tribe, a cow has no luxury of hoarding milk as they are known to do at times. The community has a unique but distasteful way of forcing the cow to produce milk. Usually, the air is blown into the cow from the vulva. In short, it means sticking the mouth around the vulva and blowing air into the cow.

Scientifically, this process is known as “insufflating” but it is done with a specialized air-blowing gadget and not the mouth. An exception is that the use of a gadget is only used in modern science and in developed economies.

Also read: Ethiopia’s Traditional Coffee Ceremony That Has Withstood The Test Of Time

The Nuer people of Ethiopia do not enjoy the givings of science. They perform the same procedure albeit using their mouths to get the same results. Once the air gets into the cows’ stomach, there it creates the ‘deception syndrome’ whereby, the cows thinks and feels like it has given birth. This trickery is what makes it release milk.

This practice is mainly used in cows that have lost their calves. Their moment of distress makes them hoard milk at a time that they produce much of it. Air-blowing stimulates milk production and has been used for decades by the Nuer people.

Insufflating is common among desert communities whose main economic activity is pastoralism. For such communities, cows, sheep and goats is life to them; nothing else can replace the wealth that these animals bring forth.

The Nuer tribe trace their origin in South Sudan where they carried with them customs and tradition to Ethiopia. A huge chunk of Sudan is arid, with pastoralism and oil exploration being the only economic activities.

Due to continued civil war in South Sudan, the Nuer people moved to a refugee camp in Ethiopia where they multiplied.  Today, although they are a minority group, they have struck many with their traditions that have defied modernity by all means.

Through insufflating, this community also forces a cow to urinate. The urine is used to wash the heads of children. They believe that a cow’s urine contains chemicals that are helpful with the hair pigment which turns yellowish or orange. This is symbolic with the South Sudanese identity which they preserve to date.

Ethiopia is one of Africa’s country with unique cultures. It is home to the Bodi tribe occupying the Omo River Valley. Here, there is another intriguing culture where fat Bodi men are celebrated like kings. The Bodi year of Ka’el ceremony is practised and honoured by the Bodi or Me’en tribe.

Six months to the ceremony usually held in June or July, families nominate their Bodi men for the ceremony. Once nominated, the young men are isolated in huts and subjected to a mixture of milk and a cow’s blood daily to fatten them for six months before presenting them for the pageant which honours the fattest man with a crown which he lives off for the rest of his life.

Women in the village feed them daily with a two-litre bowl of milk mixed with a cow’s blood.

Once the ceremony kicks off, the chances of getting a suitable woman for a wife are on a high for the contestants. They smear their bodies with clay and saunter towards the main arena where the event is held.

Also read: Why Ethiopian Coffee Is The World’s Sweetest

Then, there the bull-jumping fete among the Hamer tribe. bull jumping is a tradition treasured by the community mainly made up of pastoralists. For every male initiate, this three-day event is the most important stage of their rite of passage and has been practised for the last three centuries.

A Hamer boy gets this rare opportunity to prove to the community more than himself, that he is ready to become a responsible man who can run a family whilst preserving the dignity of his family. Bull-jumping is not a small thing though even for the bravest of Hamer boys as he has to jump over the backs of 10 castrated bulls smeared with dung to make it even tougher for the initiate to run thorough them four times without fail.