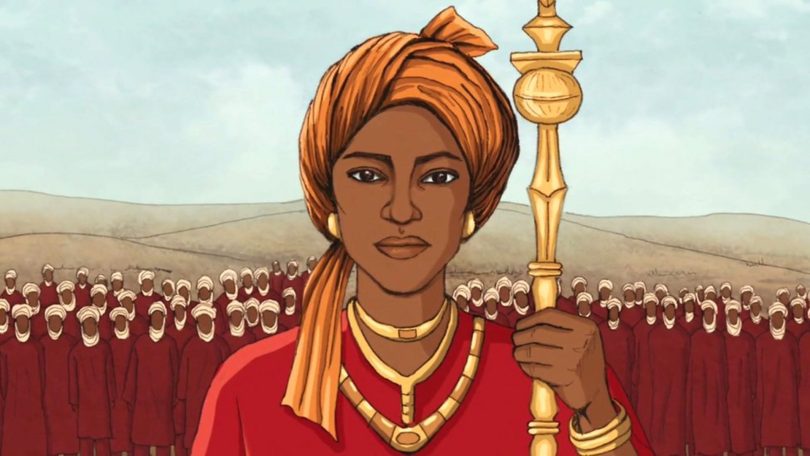 Africa is home to some of the world’s greatest queen warriors. Some African queen warriors have ruled with power, perseverance, wisdom, and precision and have left incredible and permanent marks down in history. Most of these African queens ruled during ancient times.

Who Was the First African Queen?

Who is the Greatest Queen in Africa? 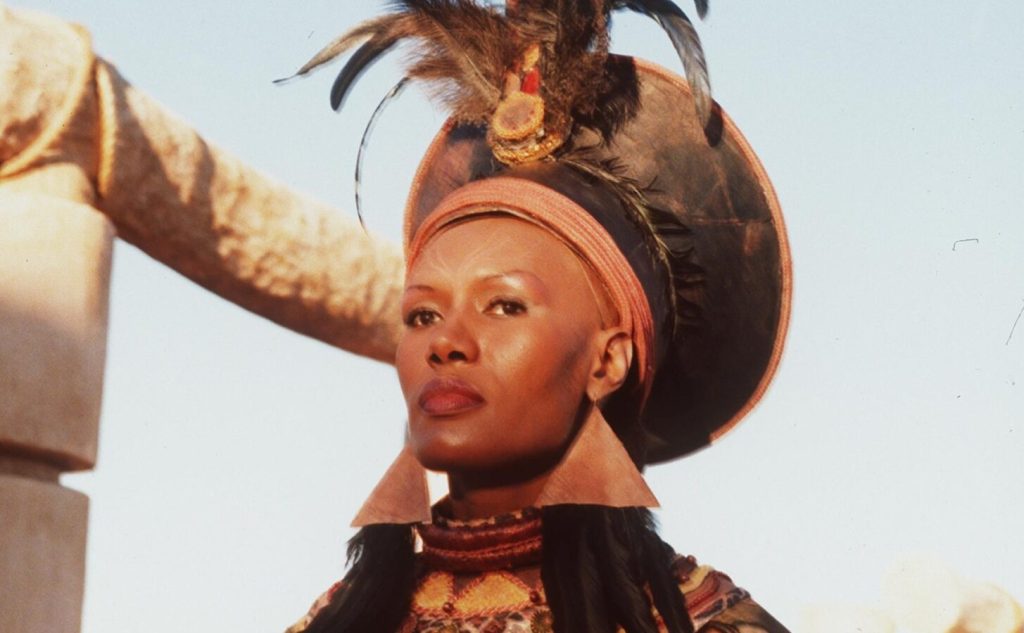 Cleopatra VII, Queen Theo Philopator, the daughter of Ptolemy, was the greatest queen in Africa. She was a product of incest, which was a common practice among the Ptolemaic dynasty members during that period. She was born in Egypt and served as a lawmaker in Egypt and other countries, such as Cyprus.

When her younger brother threatened her throne, she allied with her lover, Julius Caesar of the Roman Empire and defeated her brother in the war.

They crowned her queen after her brother committed suicide in the Nile. She led Egypt into a time of immense prosperity, diplomatic relations, and faster progress.

Egypt remained an international power under her reign, and unlike other kingdoms and empires, they did not bring it under Rome’s dominion.

Who was the Most Powerful African Queen?

Queen Hatshepsut, the daughter of Thutmose 1 was the most powerful African Queen. Hatshepsut was married to her half-brother, Thutmose II, and co-ruled with him. After his death, she took the throne and is the most successful female Pharaoh. She is the second female Pharaoh to be identified in history, after Sobekneferu.

History credits her for re-establishing trade networks, completing major construction projects, and taking part in and winning many battle operations in southern Egypt and Syria.

With time, there have been African Queen warriors such as Queen Hatshepsut, Yaa Asantewaa, Queen Amina and Queen Muhumuza, among other queens who directed the entire armies of nations and kingdoms and made a difference. Below is the list of 6 Unforgettable African Queen Warriors

Another African queen warrior is Queen Amina. King Nikatau and Queen Bakwa Turunku were her parents. Queen Amina was a warrior queen of Zazzua, which is now Zaria City in Nigeria’s Kaduna State. She was born in 1533. Her grandfather instilled in her an interest in military and political matters.

She ascended to the throne in 1576 and began a series of military campaigns. Throughout her reign, she led a large military band in wars. She was the driving force behind the development of protective armour in the Hausa military.

According to legend, the queen had a habit of bringing a lover with her to every town she went to. Those lovers did not live to tell the tale after spending the night with the queen; she killed them the next day.

Despite the cruelty, history credits her for building the remarkable and fortified old city walls known as ganuwar Amina in her region. Many of her structures have survived to this day. 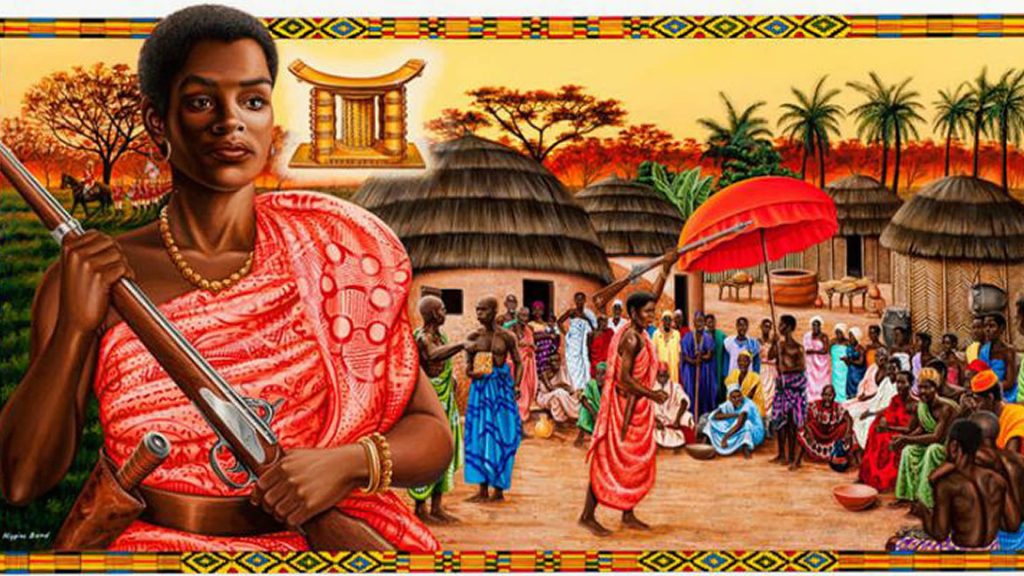 Yaa Asantewaa was a valiant warrior queen from Ghana. When the British were attacking the territory where she reigned, she organized and led an army to oppose the British invasion.

In history, the Golden Stool is at the very heart of the Ashanti people’s existence. However, British Governor Frederick Hodgson, unaware of this, made a grave mistake by demanding to sit on the Golden Stool and own it.

This enraged the Ashanti people. They fought the British under Yaa Asantewaa’s command.

For 33 years, Queen Ranavalona ruled Madagascar. She was a Merina descendant commoner on the island. As a reward for her father’s brave act of exposing the assassination plan against the Merina King, the king adopted her into a royal household. Radama, the King’s son, eventually married her.

She ascended the throne after her husband’s death by assassinating every potential regent. She was a ruthless leader to every subject who opposed her reign.

Europeans had entered Madagascar before she became queen. However, as soon as she became queen, she restored her society. She stood firm against European powers and movements and prevented the colonisation of Madagascar and made it an independent state.

Queen Muhumuza was one of the renowned African warrior queens, married to Rwanda King, Kigeli IV. When her husband died, she rebelled against Rwanda’s colonial authority and escaped to Uganda. She was a woman of exceptional character and spiritual abilities.

Her political involvement and social advocacy have made her famous. She fought three colonial powers in the area: the Germans, the British, and Belgians from the Congo. She fought fearlessly for human rights, defying lots of new customs that threatened women’s rights. Rutatiina-Mireego, which means “one who never fears bows and arrows,” was given to Queen Muhumuza for her bravery.

Seh-Dong-Hong-Beh is thought to have been born in 1835. She showed strength among her peers at ten and was chosen to begin warrior training. This was a prestigious honour because the selected girls were close to the monarch and treated like royalty.

Seh-Dong-Hong-Beh advanced fast through the ranks and was selected as the leader of the all-female army and led the Dahomey Amazons, a force of 6,000 female soldiers, to war against Abeokuta’s Egba fortress in 1851.

In 1882, Seh-Dong and the King led the Amazon warriors in fighting for trading rights with the French colonists. Seh-Dong led 2,000 Amazons into combat, driving the French army back. In retaliation, the Amazons set fire to several French towns.

Orompotoniyun, The Alaafin Of Oyo

Orompotoniyun was the daughter of the first Alaafin, Ofinran. When he died, her brother Eguguoju took the throne. Eguguoju died young and Orompotoniyun assumed the throne while claiming to be a boy. For the Oyo Mesi to accept her as Alaafin, Orompotoniyun changed her sex, cut off her breasts, and dressed in men’s attire.

She was a great queen warrior well-known for her horsemanship, and she organized a cavalry to chase down Nupe raiders in Oyo.