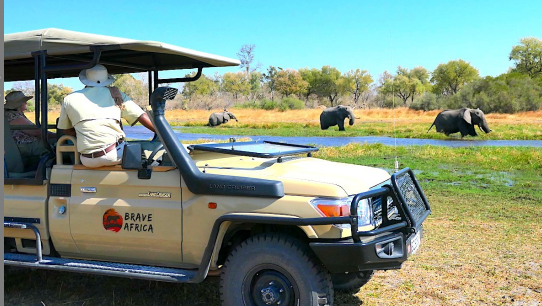 The very idea of coming to Africa conjures up images of adventure and cultural heritage. The variety of wilderness areas, the biological diversity, the local culture, and, of course, the African safari are all reasons to visit. The world’s second-largest continent has a lot to offer for adventure-seeking visitors in terms of adventure and danger. So it would be best to choose the safest country in Africa while visiting, especially because the wilderness after all is a dangerous place and each location will have something unique to offer.

However, for most people, the idea of visiting Africa is rare, and this is because it is an unfamiliar area that can easily terrify people. The fact that a few countries on the continent have some of the highest crime rates globally exacerbated the problem, thus affecting the image of the continent’s safer countries. That isn’t to argue that crime isn’t a problem throughout Africa. But, unfortunately, most of Africa isn’t, and this article will shatter that idea by listing the safest African places to visit.

While the year 2020 was unique, and the future of travel is unknown, one thing is certain: health and safety will be front of mind when travelling in 2021. Travellers are becoming cautious and planning single-destination vacations to avoid several connecting flights at several international airports, many customs facilities, crowded areas, and many COVID-19 health and safety requirements.

Botswana is among the safest nations for African safari to visit; in fact, the locals embrace and respect tourism, as it provides employment and revenue. In terms of crime, there is no cause for visitors to feel uncomfortable anyplace in Botswana, as there have been relatively few documented incidences of petty theft or other predatory crimes, mainly targeting tourists.

Tourist at the Okavango Delta in Botswana. [Photo: brave_africa]

However, it is always a good idea for travellers to be conscious of their expensive stuff. While travelling. It is also helpful to use common sense in protecting their belongings. Because an incident is more likely to occur near a town than in the national parks, the best areas to be on the lookout for are petrol stations and parking lots where opportunists might congregate.

Is Botswana a safe place to travel?

You could forgive yourself for believing that the world is a scary place if you spend any time watching the news on television. Botswana is a place you’ll rarely hear about, and that’s because bad news is scarce in this country. However, many visitors to Africa, especially those there for the first time, have concerns and worries concerning their safety.

Fortunately, the quick answer to the initial question is yes — Botswana is reasonably a secured destination for an African safari. To put that into perspective, Botswana is ranked #41 on Global Finance’s ranking of the World’s Safest Countries for 2019. Warfare, natural disasters, and personal security are all factors in this index. Botswana is the safest country in Africa for safari, and to put its ranking in context, the UK is placed #38, and Japan on #43.

A History of Peace

Botswana’s flag is devoid of red, unlike many African countries. That’s because no blood was shed during the country’s independence – the transition from colonial authority was smooth and trouble-free. The flag of Mozambique shows an AK-47 assault weapon, showing that the country’s path to independence was far more complex.

Botswana was known as the Protectorate of Bechuanaland until 1966. Local chiefs approached Queen Victoria’s government at the end of the nineteenth century, seeking protection against white-ruled South Africa’s expansionist aspirations.

Botswana was one of the poorest countries in the world when it gained independence. Fortunately, it had a lot going for it, including a primarily peaceful population with no history of racial tensions and an underlying feeling of democracy derived from the kgotla system of village assemblies. Botswana also has some of the world’s richest diamond reserves, which were discovered only a few years later. They spent the diamond revenue on nation-building initiatives such as roads, schools, and clinics, rather than opulence and grandeur.

Botswana is a very well run constitutional republic spanning over 50 years, making political turmoil unlikely to occur. When regular elections arise, there is a lively debate in the free press, and people take their civic obligation to vote seriously. The same party has ruled since independence and they know their people’s wants and desires. This is one reason that makes African safari an exceptional experience. However, this is because of Botswana’s continued support in free and fair elections. Visitors are welcome to debate the political situation with one another, but it’s important to remember that the people of this country are proud of their collective achievements.

Crime rates in Botswana are pretty low, particularly when compared to neighbouring South Africa. As a result, you’re more likely to be a victim of crime on the way to Botswana than once you arrive. People have reported baggage theft at Johannesburg Airport; therefore, lock your bags or use one of the wrapping services available at your departure airport. Petty theft, such as pick-pocketing or stealing from unattended automobiles, accounts for most crimes reported in Botswana although it is the safest country in Africa for safari. Violent crime is sporadic, and the vast majority of people follow the law. However, it is prudent to be prudent to avoid creating temptation.

Lock your car and place any valuables out of sight when you leave it (this will also protect items like laptops and cameras from the heat). Avoid poorly lit streets or lonely areas after dark, especially in Gaborone, Maun, and Francistown, and always be aware of your surroundings and the people around you. As previously said, you are pretty unlikely to be a victim of a crime; all you need is common sense to keep yourself and your stuff secure.