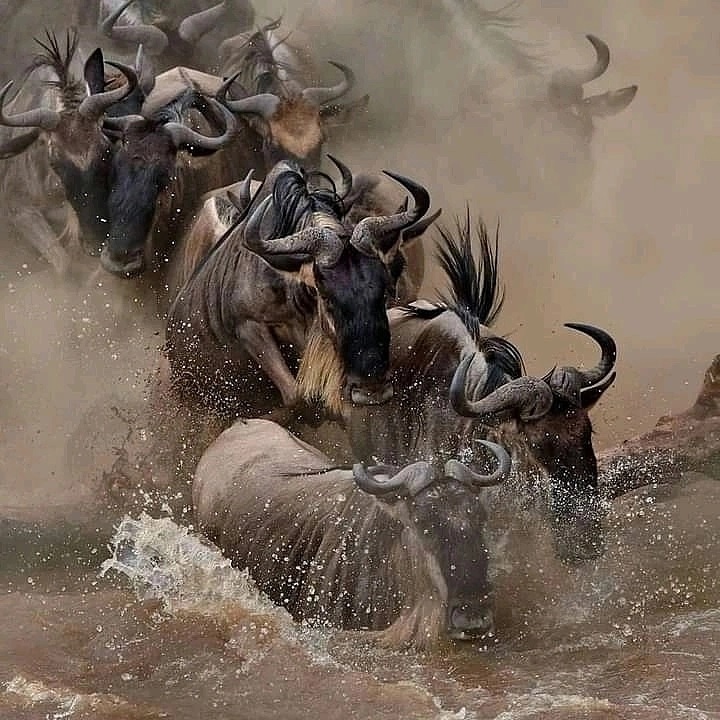 The rainy seasons in Tanzania and Kenya affected by climate change are not as regular or predictable. The rains may arrive late or early, throwing the wildebeest cycle out of whack.

This is why, once again, it’s critical to budget as much time as possible for your trip. You can’t fly in for two nights, observe a river crossing, and then fly away. That’s just not how nature works.

This is a fundamental guideline for where the herds are at different times of the year, keeping in mind that the rains prompt the entire Gnu Migration, which might come early, late, or right on time:

In Tanzania’s Serengeti National Park, the herds are traveling south from the northeast part of Tanzania into Lake Ndutu. Because the Serengeti is not fenced, the herds are free to roam and graze wherever they want. The Serengeti Migration has up to two million wildebeest, zebra, and antelope. However, they are not all in one herd. At times, the animals form mega-herds of thousands or hundreds of individuals.

It’s calving season (every day, about 8000 wildebeest babies are born!). As frightening predators sweep in, expect a lot of shaky calves. And a lot of grief. Big cats dominate the Serengeti, but jackals on the run, packs of wild dogs, and hyena clans add to the spectacle. It’s a sad ballad, a live-action drama about the circle of life.

Suppose the short wet season (November–December) provided adequate pasture. In that case, the herds will graze frantically and stay in the Serengeti’s southern plains until March, when they will gradually begin moving west.

The long rains have begun (April–May), and the herds are migrating north-westerly towards the Moru and Simba Kopjes. The rutting (breeding) season is in full flow, with testosterone-fueled battles between males vying for the privilege to mate with receptive females.

Wagons are moving! Massive columns of up to 40 kilometers (25 miles) in length can sometimes be visible when the wildebeest funnel up towards the Serengeti’s central plains. Now that the calves are stronger, everyone is moving a little faster.

The wildebeest are typically found in the central Serengeti, preparing for the most challenging leg of their journey. Some of the herds may have already crossed the Grumeti River, causing the herds to divide up.

The Great Migration has arrived in the Grumeti region and northern Serengeti. Here they are examining the hazardous waters of the Mara River, which they must cross into Kenya. Why? That’s because of the massive Nile crocodiles!

River crossings are impossible to predict because they depend entirely on the rains and the frequently unpredictable wildebeest themselves. Book a year in advance. So you get a lodge as close to the river as feasible for your Wildebeest Migration safari. This cuts down on travel time to viewing sites.

There are historical crossing locations for the wildebeest, and you can spend days staked out in the hopes of viewing the activity. To ensure that you are in the right spot at the right time. We recommend choosing a movable safari camp that moves with the Migration. 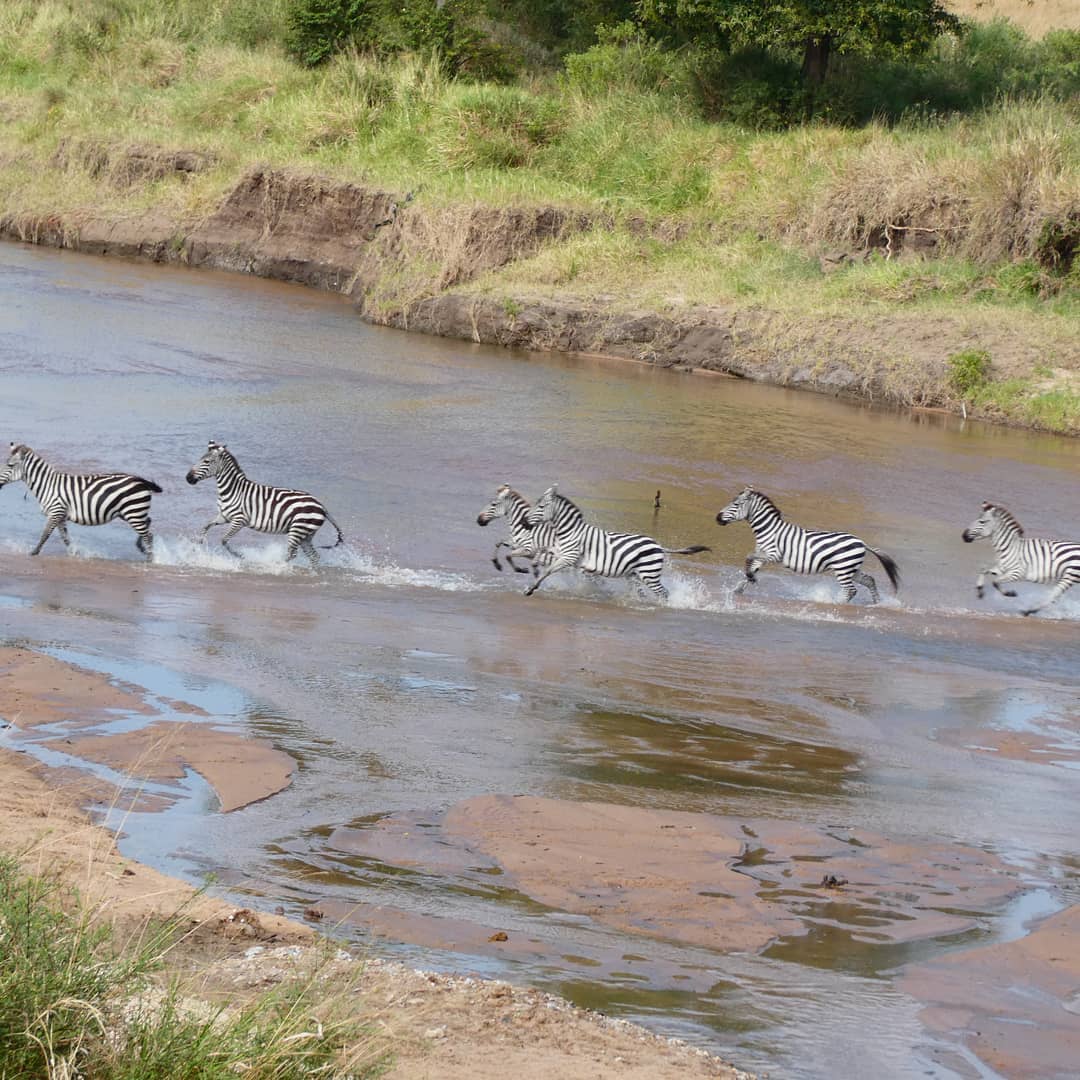 August is the best time to see the stunning river crossings from the northern Serengeti into the Masai Mara, according to most experts. The Masai Mara National Reserve is open to the public. So you can head to one of the private conservancies that border the reserve for a more exclusive safari experience.

Because not all wildebeests migrate to Kenya, the herds split up into smaller groupings. Only around half of the animals remain in the northern Serengeti, while the remainder is in the Masai Mara, sharing battle stories. So while wildebeest can still be seen in the Serengeti (albeit not in the mega-herds). The Masai Mara is the most excellent site to watch the Migration in September.

The Maasai Mara remains your best choice. Keep in mind that it is a much smaller reserve than the Serengeti, and there may be many other people there. The nearby private conservancies are far less crowded, and you’ll not only be able to see the Migration. But you’ll also be helping the Maasai communities that have lived there for thousands of years. Off-road wildlife watching, night drives, and walking safaris are also available. This is usually not permitted in the national reserve.

In November the short rains have begun in a ‘normal year,’. This forces the wildebeest to abandon the now-depleted grasslands of the Masai Mara and return to the revitalized Serengeti. Remember that rain might come late or early, and it can also be unpredictable.

The herds are generally on the move, but they can be spotted in the Serengeti’s north-eastern regions. Here they may separate into smaller groups to continue their journey southward.

Although many people think of Africa as a scorching region, the rain may radically chill things down. You’ll go out on game drives early in the morning and late in the afternoon when the sun is at its weakest. Bring at least one pair of slacks, mud-resistant closed shoes, and a fleece or waterproof jacket.

Fresh grazing causes the wildebeest to migrate south, covering the northern and eastern Serengeti to feast and prepare for another death-defying 3000 treks.