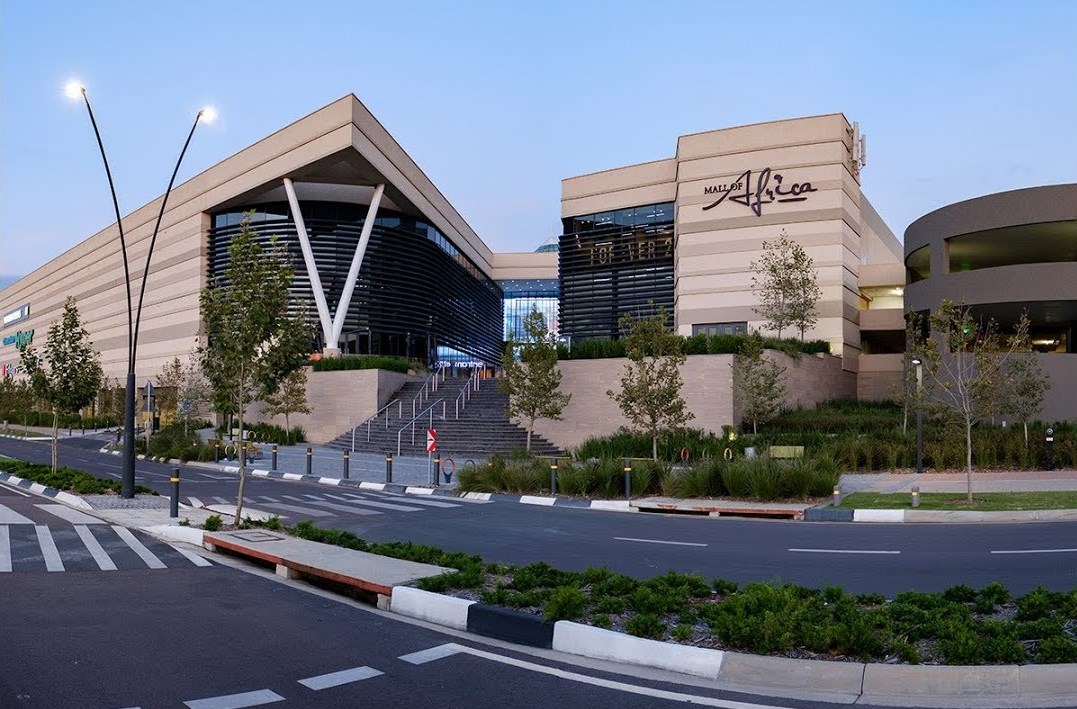 There is no better feeling than basking in the glory of South Africa’s coolest mall, the Mall of Africa.

Anytime you walk into this dazzling piece of architecture with over 300 shops in Waterfall City, Midrand in Gauteng, opulence, and style become the new norm. The Mall of Africa’s architectural design was informed by outstanding geological features and impressive landscapes in Africa as well as the luxury that comes with outdoor setting for restaurants with an idyllic view of Sandton, another of South Africa’s gem.

The Mall of Africa bagged an award in the “Coolest Mall Category 2019” in the annual Sunday Times Generation Awards. It is among the few entities in the world with an intricate rooftop Solar PV system.

Just like its name which is symbolic of its expansiveness, leading local and international brands such as H&M, Michael Kors, Versace, Zara Home, Armani Exchange and Emporio Armani have pitched tent at the Mall of Africa.

Over the years, millions of South Africa’s youths have identified themselves with the Mall of Africa due to its trendy nature. Johann Fourie, Mall of Africa’s General Manager offers that the mall is more than the four-letter word, terming it a “lifestyle destination”. Since its opening in 2016, it has revolutionized the African retailing pattern due to the availability of more trendy and stylish African products.

Crystal Court at the Mall of Africa is one of the crowd pullers. The court has a series of luxurious famous fashion brands across the world which a section of South African’s, by and large, identifies with. African art exhibitions are also held throughout the year have built a solid reputation for this mall with over 500 pieces of art being exhibited by over 130 artists.

In June 2019, the Mall of Africa held a Menswear Designer Pop-Up shop in collaboration with South African Fashion Week (SAFW).

The most expensive and elegant 5-star hotels in South Africa