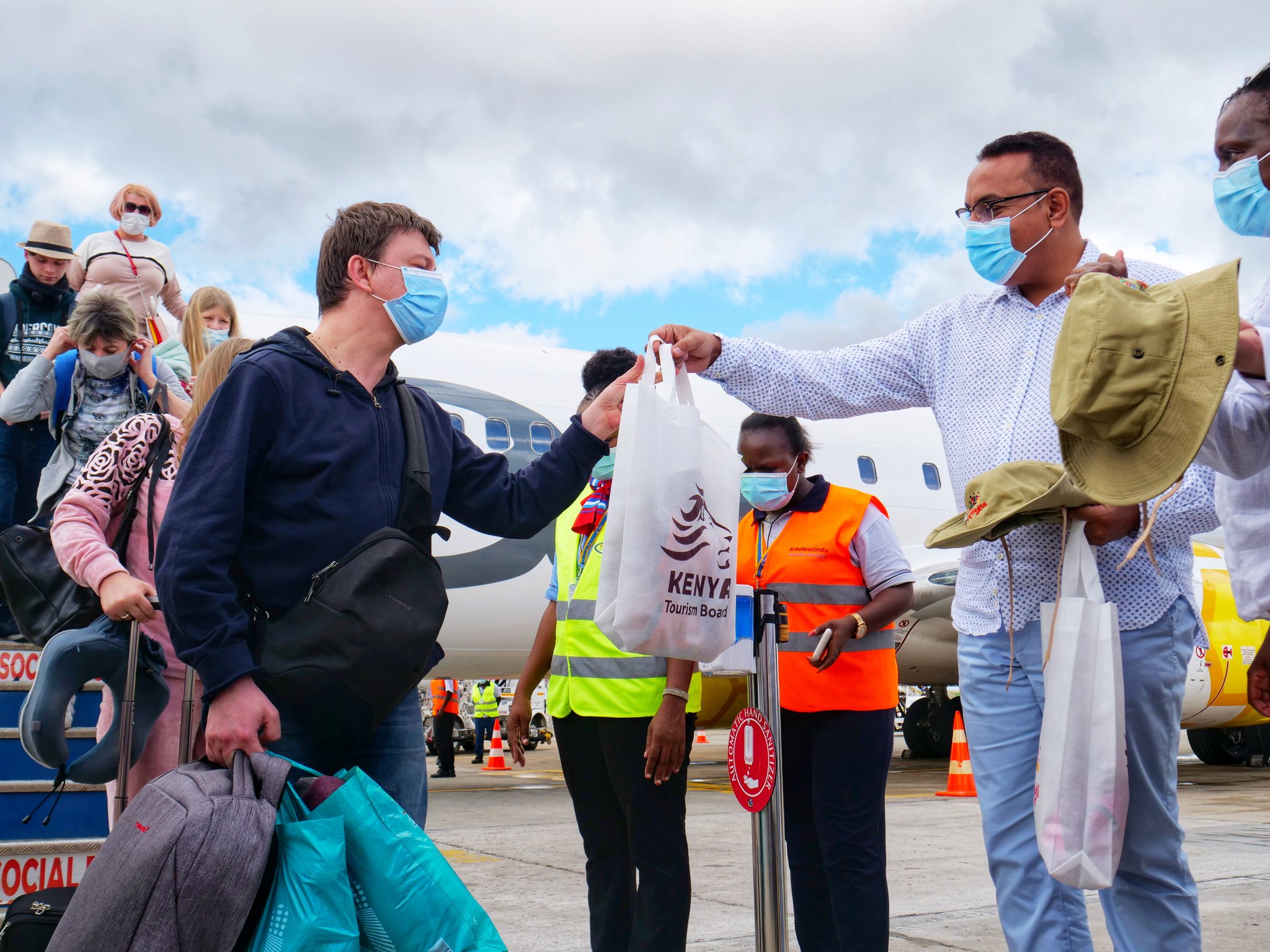 Kenya has made tremendous progress in selling itself as a top tourist destination with Ukraine eyeing the tourism sector.

In a fortnight, there have been close to 400 Ukrainian tourists visiting Kenya. On April 17, a chartered flight with 189 tourists on board from Ukraine touched down at the Moi International Airport in Mombasa.

On April 7 a similar number of tourists arrived in Kenya following a pact signed by Kenya and Ukraine’s Kiev and Odessa cities.

The agreement dubbed ‘Sister-Sister-City Agreement’ projects that by September 2020, year, flights from Kiev will increase to three per week bringing in 400 tourists to Mombasa.

This is a major boost for tourism at the coast that has been hurting since the onset of the pandemic in March 2020.

Tourism Cabinet Secretary Najib Balala is upbeat that Kenya will win the European tourism market even with the current Covid-19 restrictions.

“Eastern Europe is showing great potential for growth as a tourism market, with the arrival of yet another chartered flight from Eastern Europe (Ukraine), during these unprecedented times,” said Balala.

“Together with the Ukraine Ambassador to Kenya – H.E. Pravednyk Andrii, we have today received the first Ukrainian Chartered flight, from Ukraine Flag of Ukraine to Kenya, at Moi International Airport, Mombasa,” Balala said in a separate tweet. 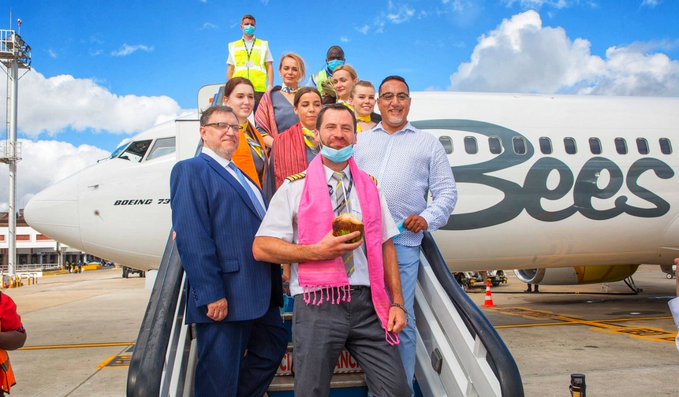 In March, Kenya received another chartered flight with tourists from Romania.

Following the relaxation of travel restrictions towards December 2020, business picked up, although not fully, and much was expected for the Easter holidays.

However, President Uhuru Kenyatta imposed cessation of movement in the capital by road, rail or air. This meant that there would be no movement of people to and from Nairobi, Kajiado, Machakos, Kiambu and Nakuru.

Nairobi acts as a transient point for many travellers headed to the coast by road, rail and air. Cessation of movement in the capital will go up to May 29 when it will be reviewed.

At the time of imposing cessation of movement in the Covid-19 hotspot counties, the positivity rate in Nairobi alone had shot to 20%. So was the case in Kiambu, Kajiado and Machakos fueled by different factors. It was proof that the third wave was more lethal than the first and second waves.

This was the second Easter holiday that Kenyans celebrated while on lockdown. It left hoteliers on the coast reeling in losses and grappling with massive cancellations.

“It is definitely not business as usual. It is a low key affair as many potential guests have rescinded their holiday plans,” Ikwaye stated.

Easter season brings with it business into the hotel industry. The curve then slows down starting mid-April which officially marks the start of the low season. With the massive cancellations, the low season for Coast hoteliers began in earnest.

“After April, we are entering the low season with a very depressing business situation,” the KAHC) Coast branch executive officer stated.

With the pandemic eating up the hospitality sector, players in the industry are still hopeful that all will be well in the coming days.

On April 29, Heath Cabinet Secretary Mutahi Kagwe said that the number of daily Covid-19 infections is going down, therefore, the government could open up the economy of the country.

This is good news for the hospitality industry. Removal of travel restriction means that domestic tourists will have an opportunity to travel around the country as it was before mid-March 2021 when cessation of movement was re-imposed in five counties.