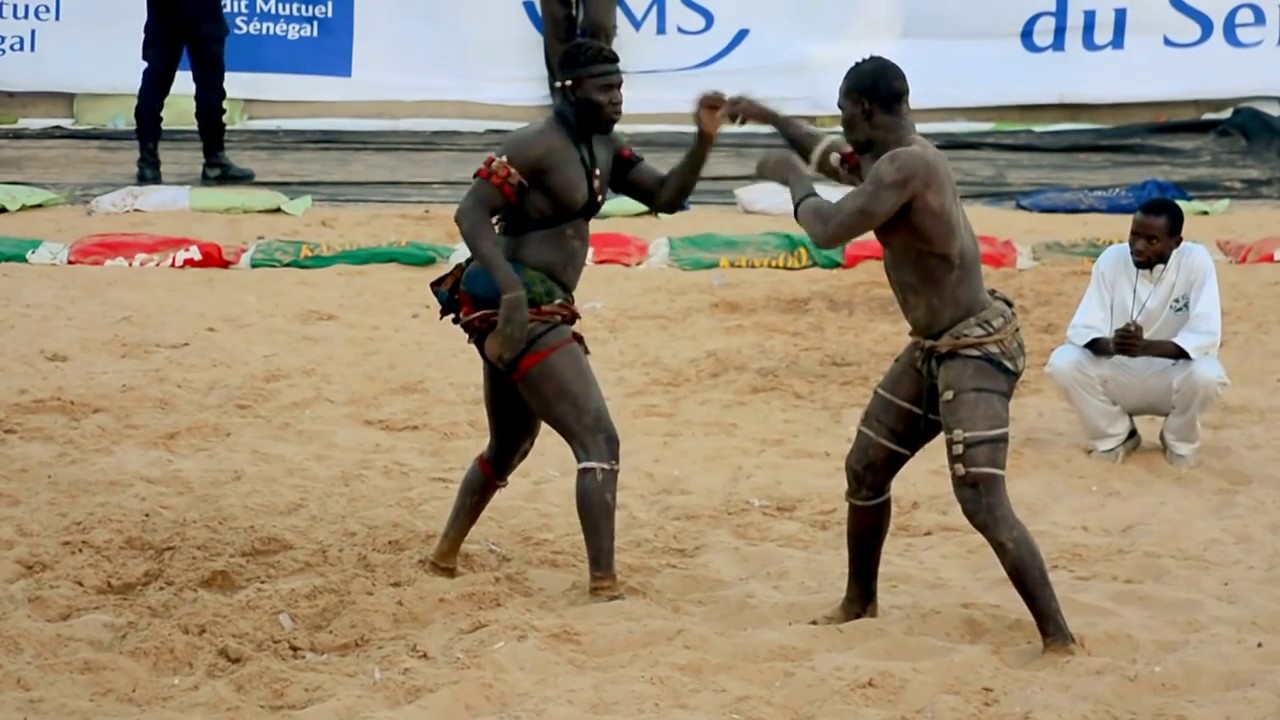 La Lutte is a traditional wrestling match and now a top national sport in Senegal.

It roots from the Serer people as a preparatory exercise for war.  The mystery hidden in the ancient tradition has that spurred it into Senegal’s favourite sport. Its stars are more famous than footballers and politician in the local gatherings.

La Lutte, a local name for wrestling parades only the strong men, with puffing bare chests and donned in loincloth at Cap Skirring beaches on the Southern part of Senegal. The wrestlers (lutters) are icons in the country, their fame surpassing that of politicians, perhaps due to the spiritual significance, the sport is perceived to have.

The sport traces its roots back to the 13th-century when it was introduced and has since been passed on to generations. It is methodical and, somehow, dangerous as lutters are allowed to strike with their hands beside the physical exhibition of strength brought out by forcing the opponent to go down on all fours as a sign of might and power.

In the ancient days, la lutter was a communal affair as members compete for a share of the harvest. Today though, la lutter is not only popular but it is accorded state-like respect. The big names in the sport have their faces emblazoned on buses, billboards across the country and earn a colossal amount of money as a prize.

There are numerous clubs in Dakar where young men train to perfect their wrestling skill in the hope to shin in la lutter and walk to stardom thereafter. It is also associated with some form of mystery as lutters pay people believed to have mystical powers to perform certain rites before and during the fight.

Some of the rituals performed include animal sacrifices at the homes of the lutters, reciting religious incantations, animal horns stuck on the fighters’ bodies, drinks with bird feathers and ash among other things.

A guide on what to wear in North Africa