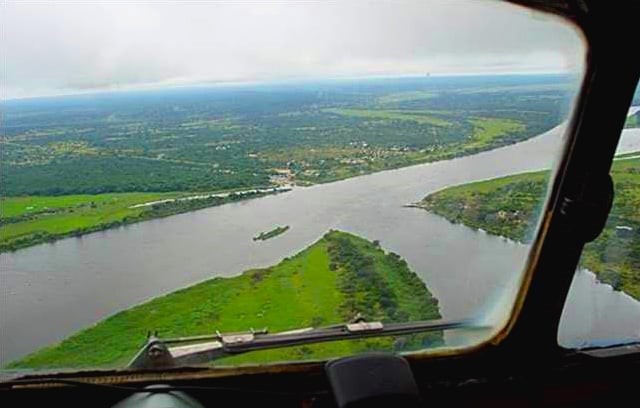 One of the world’s wonders unknown to many is the Kazungula quadripoint. This is where four countries (Botswana, Namibia, Zambia, and Zimbabwe) meet. It is located at the confluence of the Zambezi and Chobe Rivers in southern Africa.

Kazungula is one of only a few places in the world where the borders of four countries come together at a single point. The quadripoint is marked by a monument built in 2014.

What Is This Called The Kazungula Quadripoint?

The Kazungula quadripoint is where the borders of four countries: Botswana, Namibia, Zambia, and Zimbabwe, meet. It is located in southern Africa’s confluence of the Zambezi and Chobe Rivers.

It is one of only a few places in the world where the borders of four countries come together at a single point. It is often referred to as the Kazungula Four-Country Point or simply the Kazungula Border Point.

Where Do 4 Countries Meet In Africa?

The Kazungula Quadripoint is one of the places in Africa where the borders of Botswana, Namibia, Zambia, and Zimbabwe meet. Another place in Africa where four countries meet is the confluence of the borders of Congo, Central African Republic, South Sudan and Sudan. This point is known as “Punta de Mongo” or Mongo Tripoint.

Which 4 Countries Meet In Zambezi River?

Zimbabwe, Namibia, Botswana and Zambia meet at the Zambezi River. The Zambezi River is a significant geographical feature in Southern Africa. It is also an important water source for these countries and is used for irrigation, hydroelectric power generation, and as a means of transportation.

Additionally, Victoria Falls, one of the world’s largest and most spectacular waterfalls, is located on the Zambezi River between Zambia and Zimbabwe. This makes the Zambezi River a tourist attraction and a vital economic resource for these countries.

The Kazungula Bridge is a joint venture between the governments of Botswana, Zambia and Zimbabwe. Ideally, this bridge is owned by the three countries and was built to improve transportation and trade between them by providing a direct road link across the Zambezi River.

Its construction ended in 2021, and now is a historical piece of Kazungula quadripoint. The bridge also has a railway line component which is still under construction.

Is It Possible To Stand In 4 Countries At Once?

It’s possible to stand in four countries at once in some specific location, one of which is the Kazungula quadripoint. This is at the confluence of the Zambezi and Chobe rivers, where the borders of Botswana, Namibia, Zambia and Zimbabwe meet.

However, it’s worth noting that you would need permission from all four countries to access this location, so it may not be possible for everyone to do so.

What Is The Deepest Part Of The Zambezi River?

The deepest part of the Zambezi River is about 320 ft (98 m) in the Batoka Gorge, near Victoria Falls. This river is iconic for several reasons. One of the most notable is that it is the fourth-longest river in Africa and the largest, flowing river into the Indian Ocean.

It also forms the border between Zambia and Zimbabwe and flows through several other countries in southern Africa, including Angola, Namibia, and Mozambique. Additionally, it is the site of Victoria Falls, one of the world’s seven natural wonders and a popular tourist destination.

The river is also known for its diverse and abundant wildlife, including elephants, lions, hippos, crocodiles, and various fish species. Zambezi River also plays an important role in the local economy, providing water for irrigation and hydroelectric power.