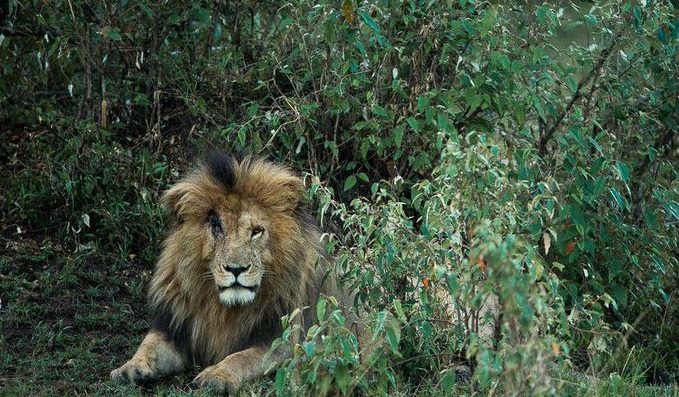 Scarface, another of Maasai Mara’s legendary lion has taken a final bow.

The lion lived for over a decade at the Maasai Mara National Reserve and died of natural causes. He died in his sleep on Friday afternoon.

“At 1 pm local time, Scarface took his last breath. He died in peace without any disturbance from vehicles and hyenas. We were the only vehicle on the scene and by his side, hoping to give him any kind of comfort,” MPCP said in a statement.

Conservationists have mourned Scarface’s death as it was one of the most iconic lions in the Maasai Mara.

The legend passed off as Maasai Mara’s most domineering lion who got his scar through an ugly encounter with a herder who speared him.

Since then, he was named ‘Scarface’ after efforts to bring him back to life.

Tributes trickled in fast and furious on Facebook as conservationists who have interacted with Scarface praised his jungle prowess that saw him survive for decades.

“Heartbroken to see this news of beloved Scarface. My consolation is he passed peacefully and naturally as any King should. May your roar resound across the heavens tonight my King as you take your place among the great kings of the past to watch over the new kings of the future, R.I.P Scarface,” Kristina Bond wrote.

Scott Anderson wrote: “Scarface was a guardian of his realm in the Maasai Mara…We shall never see his like again. And now his watch is over…”

One Patricia De Vries said that Scarface’s last moments in the Mara were ‘not dignifying’ but his time was due.

“I am in tears. Grateful that he passed away quietly and in peace. His last days/weeks have not been very dignifying, telling by the pictures and videos posted on social media. It was really a time for him to cross the bridge,” she said.

There are about 900 lions in the Maasai Mara and tourists were always thrilled by Scarface’s site. A lion lives for 14 years.

In the Maasai Mara, Scarface was one of the ‘four musketeers’ – all brothers – heading a pride of lions with nine females, young males, and cubs.

The ‘four musketeers’ ruled Ashnil and Malaika camp territories located along the iconic Mara River. Due to his advanced age, Scarface would spend most of his days sleeping and would occasionally be seen with his two other brothers Sikio and Morani.

In November 2020, “Olorpapit”, the oldest lion in Maasai Mara died after 16 years.

Olorpapit together with his brother Orbanoti headed Enkuiyani pride. They were a major tourist attraction. 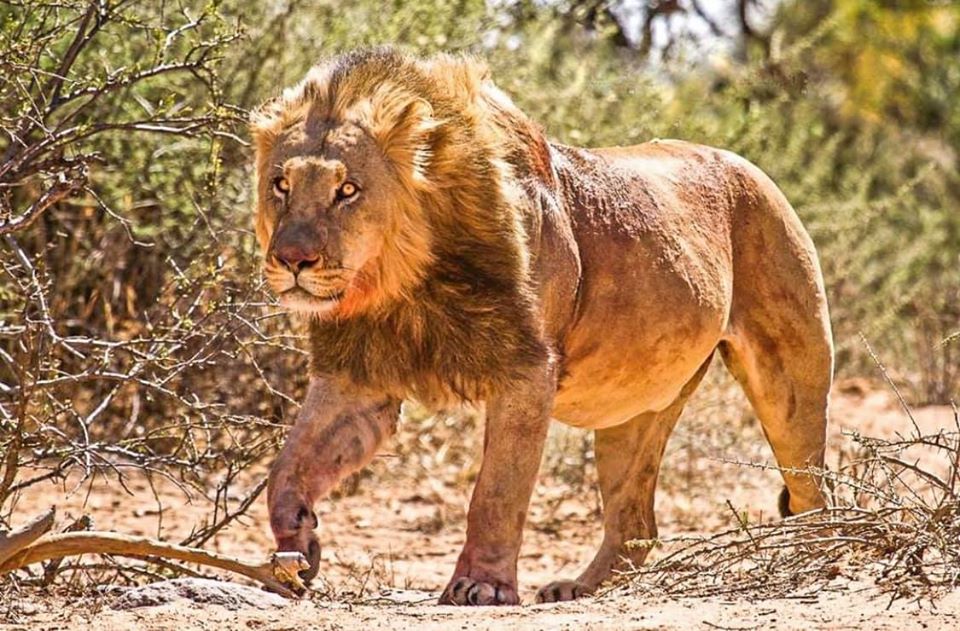 His death was aggravated by a stinging attack from younger lions who injured him while marking their territory.

“It’s true we are celebrating the life of the iconic lion Olorpapit who has been ruling the Enkuiyani pride for the past 16 years.

Maasai Mara is a popular tourist destination across the world. It is home to the annual Great Migration that starts in July.

The Great Migration has for years remained East Africa’s marvel. It attracts hundreds of tourists every year to Kenya’s Maasai Mara and Tanzania’s Serengeti.

Kenya and Tanzania are the only countries in the world that experience the wildebeest migration. Many consider it the ‘eighth wonder of the world’. Wildebeest Migration is fascinating and brings about the beauty of Africa’s wilderness.

The best way to enjoy the sight of wildebeest is visiting when the migration is ongoing.  The river crossing at the Maasai Mara is the most fascinating of events in the historic wildebeest migration.

The animals graze on the southern banks of the river before one brave wildebeest takes the dive into the river current. The rest follow in a dramatic watery stampede. Some do not make it. The majority of the tourists have considered this as the most desirable phase of the migration.