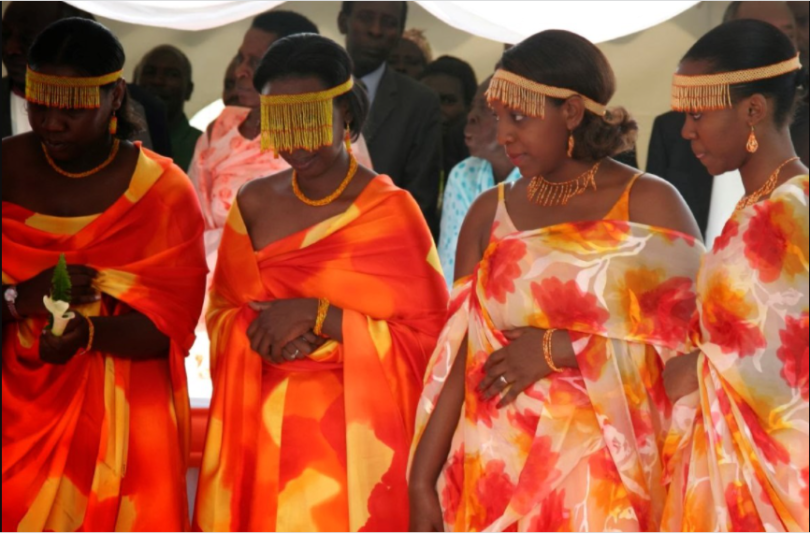 Ugandan Traditional Marriage ceremonies differ from tribe to tribe. The Ankole tribe’s marriage ceremony is not the same as the Acholi, Baganda, or Bagisu among other tribes.

In many Ugandan cultures, paternal aunties council the nieces from adolescence to adulthood. For the Ankole people, the paternal aunt does more than the above during the marriage.

The primary responsibility of the paternal aunt in Ankole was to confirm if the groom was potent and that the bride has kept her virginity before consummation.

Although in other tribes, the Aunt goes as far as listening at the groom’s window or door during consummation to prove that the niece is performing as taught, the Ankole aunt goes as far as sleeping with the groom on the first night to confirm his ability in bed.

Before going further into that, let us first discover who Banyankole are.

What is the Ankole Tribe?

Ankole tribe is one of the major Bantu dialects, found in Western Uganda in the districts of Mbarara, Bushenyi, Kiruhura, Ibanda, Isingiro, and Ntungamo.

The Ankole people are also called Banyankole and speak Runyankole. Economically, the Banyankole are divided into two groups, The “Bairu”, and the Bahima. The Bairu form the large majority and are cultivators of cash crops and food crops. The Bahima, on the other hand, are pastoralists looking after the famed Ankole long-horned cattle.

In Ankole, an introduction ceremony is an engagement party. The bride and groom’s families meet to discuss the future marriage of their children. The couple intending to marry usually consults with the parents and elders before proceeding with marriage preparations. 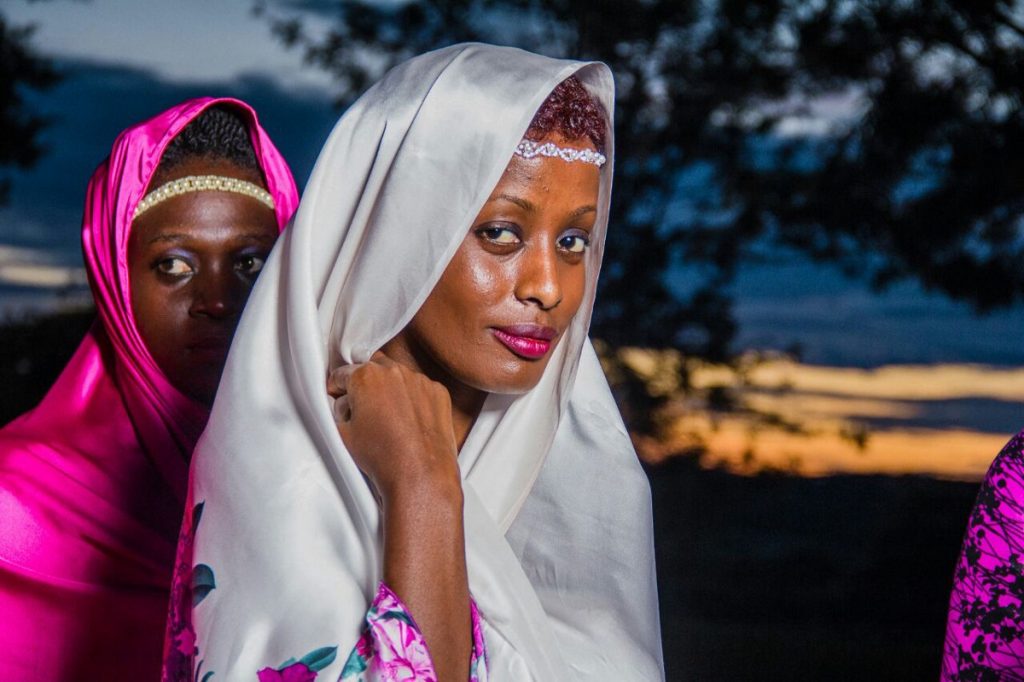 Once a munyankole girl turned eight, her paternal aunt would prepare her for marriage, teaching her what is expected of her in marriage.

Unlike today, where men prefer to marry slim women, in traditional Ankole, slim girls were considered unfit for marriage which is why the Bahima girls were fed a fattening diet of beef and milk until they were very heavy.

From childhood, the girl was also taught to abstain from sex before marriage, often threatened by death and ostracisation from society.

Because of the high regard for virginity and abstinence before marriage, they presume the bride to be ignorant about sex and how to please her husband.

Before marriage, it was, therefore, the duty of the paternal aunt to test the groom’s sexual ability by sleeping with him. The aunt would then test the girl’s virginity before handing her to the man.

On the groom’s side, it was the father’s responsibility to find a bride for the son. Once the girl was identified, the third party or a go-between called ‘kateraruume’, which means someone that removes the dew from the path, goes with the groom’s family to negotiate the marriage.

The go-between is a highly respected person representing the groom’s interests and is charged with facing the bride’s family to ensure that they accept the groom’s family to formally discuss the marriage.

The go-between then shows the girl’s marriage panel that he is on a marriage mission. He explains his mission and is asked many questions by the girl’s family. After passing the question, they discuss the marriage payments/bride price, or dowry which can be picked any time the two families agree, sometimes on that same day.

When a dowry is paid, preparations for the marriage ceremony follow. Traditionally in Ankole, the dowry included cows, which may be over ten, which were given to the bride’s family, symbolizing the ability of the groom to take care of their girl. 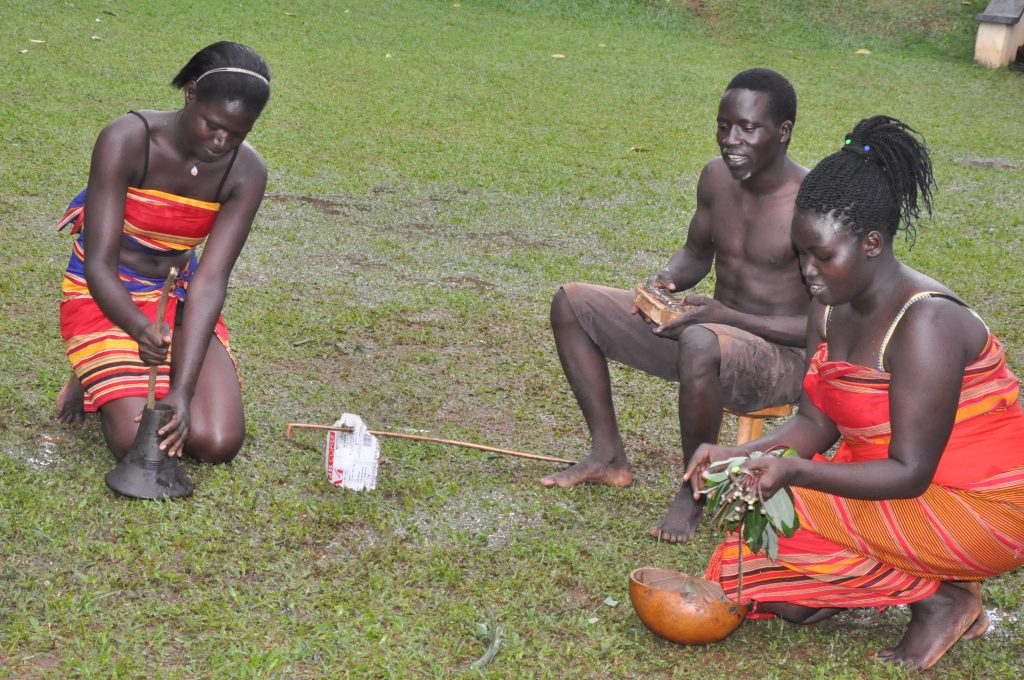 During negotiations, the bride and groom to be are usually not part of it. They hide the bride while the groom has to keep quiet, watch the proceedings, and wait for the outcome. On this special day, The Groom to be is treated as ‘king’ and they do everything on his behalf.

In traditional Ankole society, a man marries a woman, not the other way around. A woman never marries a man. It is taboo in Ankole if a woman seeks a man’s hand in marriage.

After the introduction to the family, follow the giveaway ceremony. Here the girl’s parents officially send their daughter to her marital home.

Younger girls and boys called the ‘enshagarizi’ escort the bride with gifts (the Emihingiro) to the groom’s place after the blessings from the elders. Today, the groom has to organize transport for the bride’s escorts because they are very important for any marriage ceremony in Ankole.

In typical Ankole, a groom too gains a lot from the marriage. This is because the gifts that the bride comes with sometimes are more than what the groom paid for the bride price. For example, among the Bahima, the aunties and uncles give cows to their daughter during the kuhingira as gifts for starting their homes.

Once the bride price is paid, the marriage preparations begin. On the wedding day, there is a lot of feasting at the bride’s home, where the father is expected to slaughter a bull.

At the bridegroom’s home, there is another feast where the marriage is consummated. This is after the bride’s aunt has “tested” her niece’s purity and slept with the groom to check his potency.

After the wedding ceremony, the bride’s side is still in control, though. According to culture, the bride is not supposed to do any work until the final cultural initiation (okwarura) which is done after about ten days from the giveaway ceremony.

During the initiation, the bride’s parents ask her to light a fire in the kitchen in the tradition called ‘okukoza omumuriro’. This symbolizes that she is now ready to do chores like cooking for her family.